Japanese wheelchair tennis star Shingo Kunieda booked a spot in the men's WT singles final at the Tokyo Paralympics on Thursday, while compatriot Yui Kamiji did the same in the women's tournament to secure a shot at her first gold medal.

"I was able to play my tennis at 100 percent," said Kunieda, who is the Japanese Paralympic delegation captain in Tokyo.

"The competition schedule is tough, but I am not tired at all. I feel like having the games in my country is pushing me, and I feel like I'm five years younger."

Playing in his seventh match at the Tokyo Games, the 37-year-old Japanese struggled to find his momentum in the beginning and allowed Reid to open with a service break. 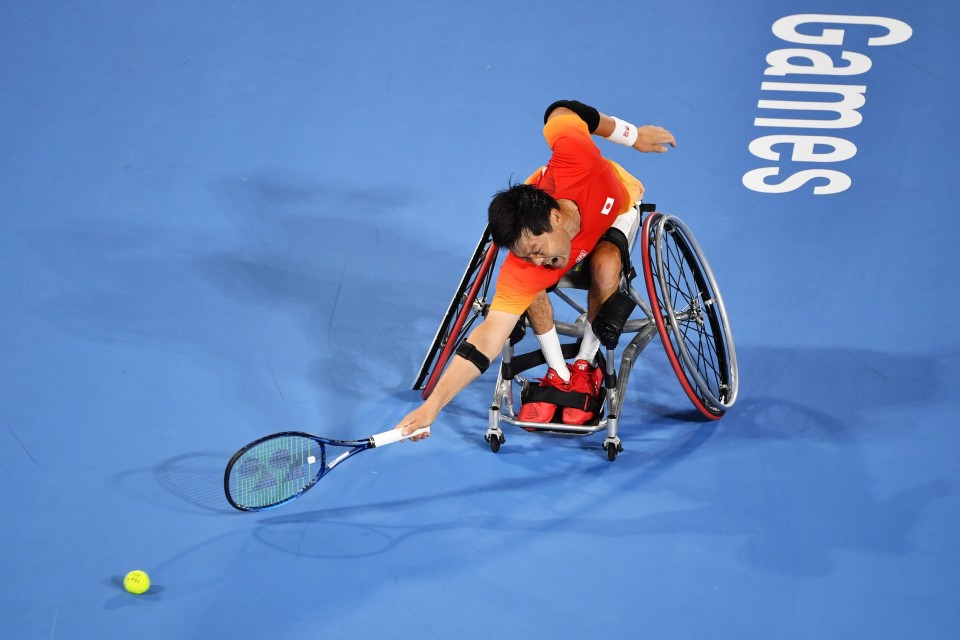 Shingo Kunieda of Japan competes in the semifinals of the men's singles wheelchair tennis event against Gordon Reid of Britain at the Tokyo Paralympics on Sept. 2, 2021, at Ariake Tennis Park in Tokyo. (Kyodo) ==Kyodo

But after breaking back in the fourth game, and then holding to level the set at 3-3, he took six straight games to close out the first set and take a 3-0 lead in the second.

Reid, the 29-year-old gold medalist from the Rio de Janeiro Paralympics, was unable to come up with an answer.

"I focused on what I had to do. I believed that even if I allowed my opponent to take the lead, I would be able to find my rhythm if I kept playing," said Kunieda, who made a quarterfinal exit in Rio and missed his bid to win the men's singles title for the third straight games. 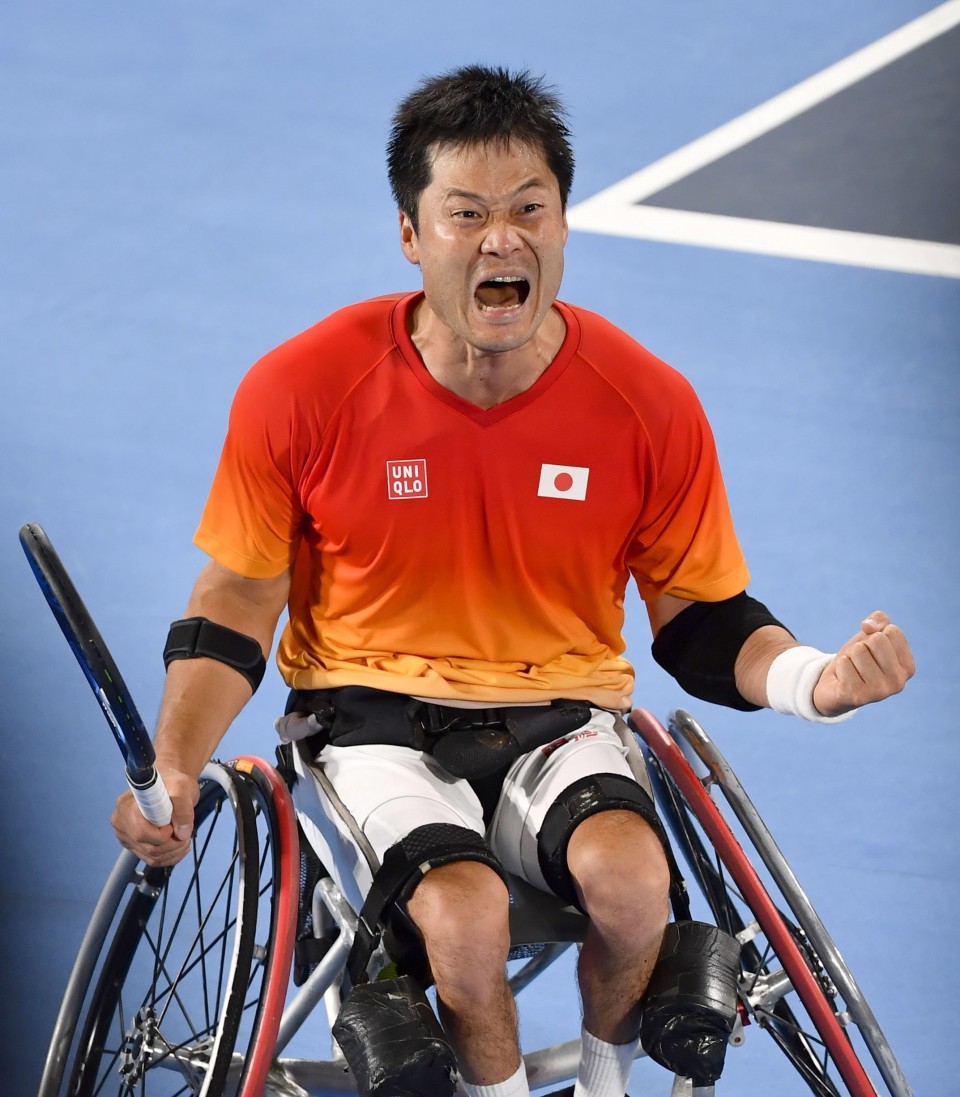 Shingo Kunieda of Japan reacts after defeating Gordon Reid of Britain in the semifinals of the men's singles wheelchair tennis event at the Tokyo Paralympics on Sept. 2, 2021, at Ariake Tennis Park in Tokyo. (Kyodo) ==Kyodo

Earlier in the day, Kamiji beat Aniek van Koot of the Netherlands 6-2, 6-2 in a rematch of the semifinals in Rio de Janeiro, where the Japanese lost in three sets.

"We always face each other in the tours, but in terms of the Paralympics, Aniek was the one player I couldn't get past," said Kamiji, who earned bronze in Rio and was also defeated by the Dutchwoman four years earlier in London.

"I could have played better, but I'm happy that I was able to win against her today."

Kamiji will face No. 1 seed Diede de Groot of the Netherlands. De Groot defeated Great Britain's Jordanne Whiley, who is Kamiji's regular tour doubles partner and close friend, in the other semifinal on Thursday morning. 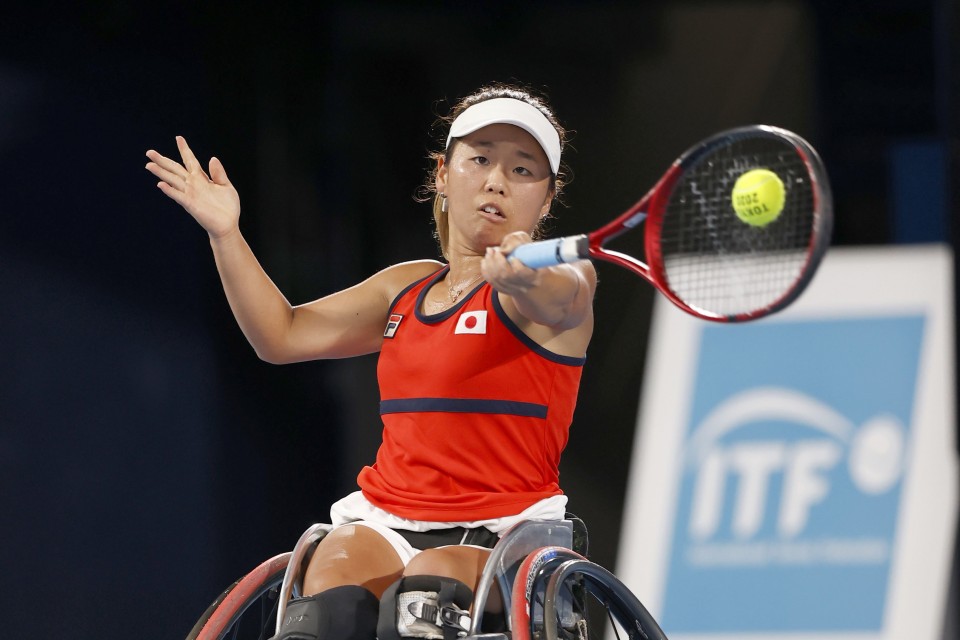 Yui Kamiji of Japan competes in the semifinals of the women's singles wheelchair tennis event against Aniek van Koot of the Netherlands at the Tokyo Paralympics on Sept. 2, 2021, at Ariake Tennis Park in Tokyo. (Kyodo) ==Kyodo

The 27-year-old Kamiji said she and Whiley had spoken about their mutual desire to face off in the final in Tokyo. However, seeing that Whiley had lost to de Groot before taking the court, Kamiji said she was all the more motivated to go one better than her friend.

"I didn't want to face (Whiley) in the bronze medal match. I went into my match thinking that I wanted both of us to finish with a medal," Kamiji said. 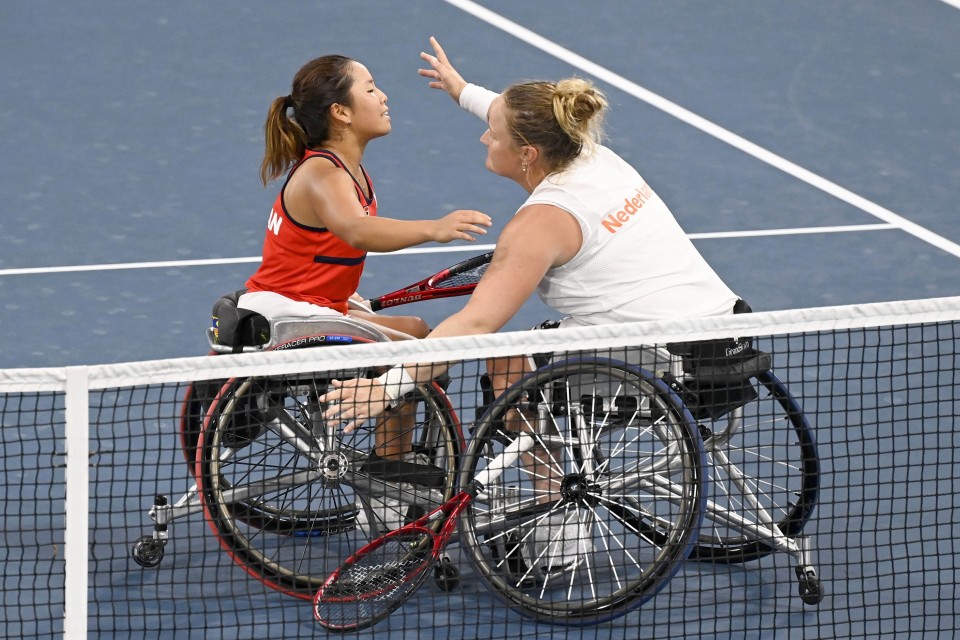 Yui Kamiji (L) of Japan and Aniek van Koot of the Netherlands meet at the net following Kamiji's victory in the semifinals of the women's singles wheelchair tennis event at the Tokyo Paralympics on Sept. 2, 2021, at Ariake Tennis Park in Tokyo. (Kyodo) ==Kyodo

"I want to do well in the final for her as well."

The match was halted due to rain on Wednesday night before restarting just before midnight and it took over three hours to find a winner.