The government will agree to Princess Mako's request that she not receive a lump sum amount that is usually given to female members of the Japanese imperial family upon their departure from the royal household, sources close to the matter said Saturday.

Amid controversy about a money dispute involving her boyfriend's mother, the 29-year-old princess, a niece of Emperor Naruhito, has expressed her intent to decline the up to 150 million yen ($1.3 million) payment, the sources said. 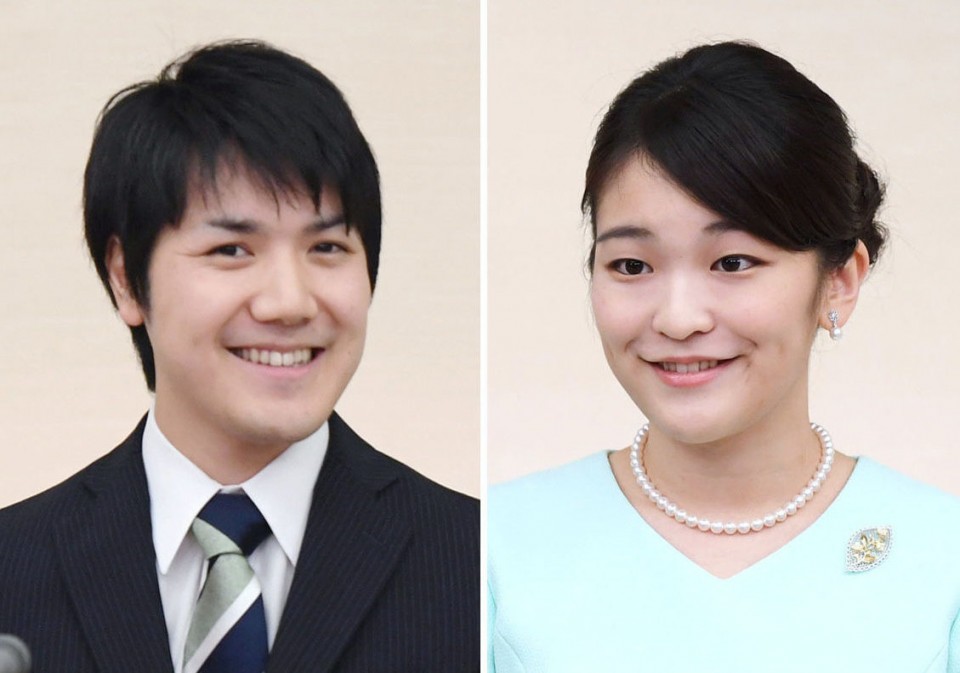 Princess Mako and her boyfriend Kei Komuro are preparing to register their marriage next month.

Komuro, 29, plans to return from the United States next week, according to the sources, which will be the first time he is in Japan since leaving for New York in 2018 to study at Fordham University's law school. He graduated from the school this year.

The couple is expected to start a new life in the United States after their marriage. Under law, female imperial family members lose their royal status upon marrying a commoner.

If the money is not gifted to Princess Mako, it will be the first time in Japan's postwar history that such a payment has not been made.

The wedding of the two has been put off for about three years following a string of reports about a dispute Komuro's mother was in with her former fiance over 4 million yen in monetary support, including money spent on Komuro's education.