The Japanese government is set to fully lift the COVID-19 state of emergency currently covering Tokyo and 18 prefectures and a quasi-state of emergency for eight regions when they expire on Thursday, amid a steady decline in the number of infections, a source familiar with the matter said Monday.

Prime Minister Yoshihide Suga said his government will make a formal decision on Tuesday by taking into consideration the opinions of a panel of experts in infectious diseases and other fields. If lifted, it would be the first time since April 4 that none of the country's 47 prefectures has been under either a state of emergency or quasi-state of emergency. 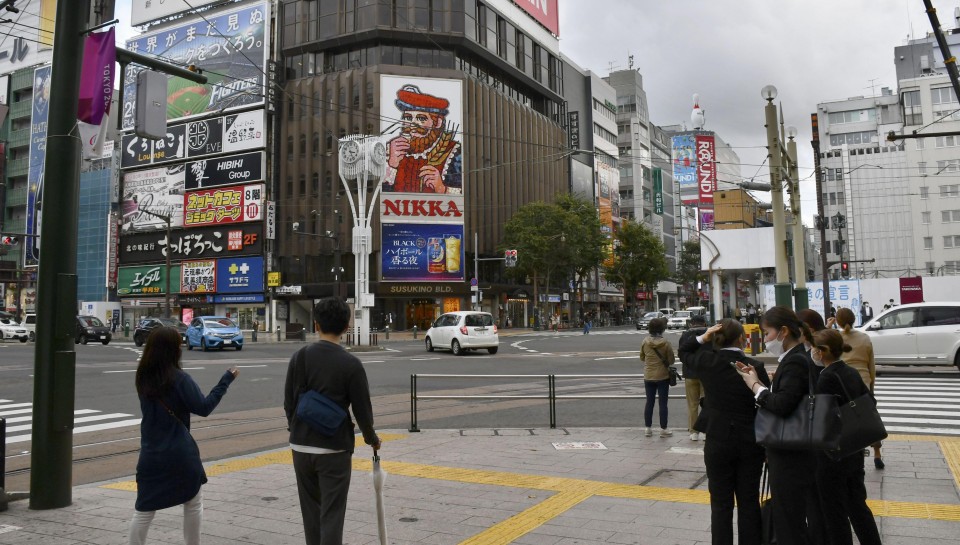 People walk in Sapporo, Hokkaido, on Sept. 13, 2021, amid the coronavirus pandemic. (Kyodo)

"The number of new coronavirus patients has drastically decreased, so I understand the situation has been improving in that sense," Suga told reporters following a meeting with members of his Cabinet, including Yasutoshi Nishimura, the minister in charge of the coronavirus response.

"We must continue to be highly cautious and need to ease restrictions gradually, including for dining," said Suga, who is soon stepping down as prime minister.

Under the state of emergency, people are urged to avoid going to crowded areas, while restaurants are asked to close by 8 p.m. and not serve alcohol. 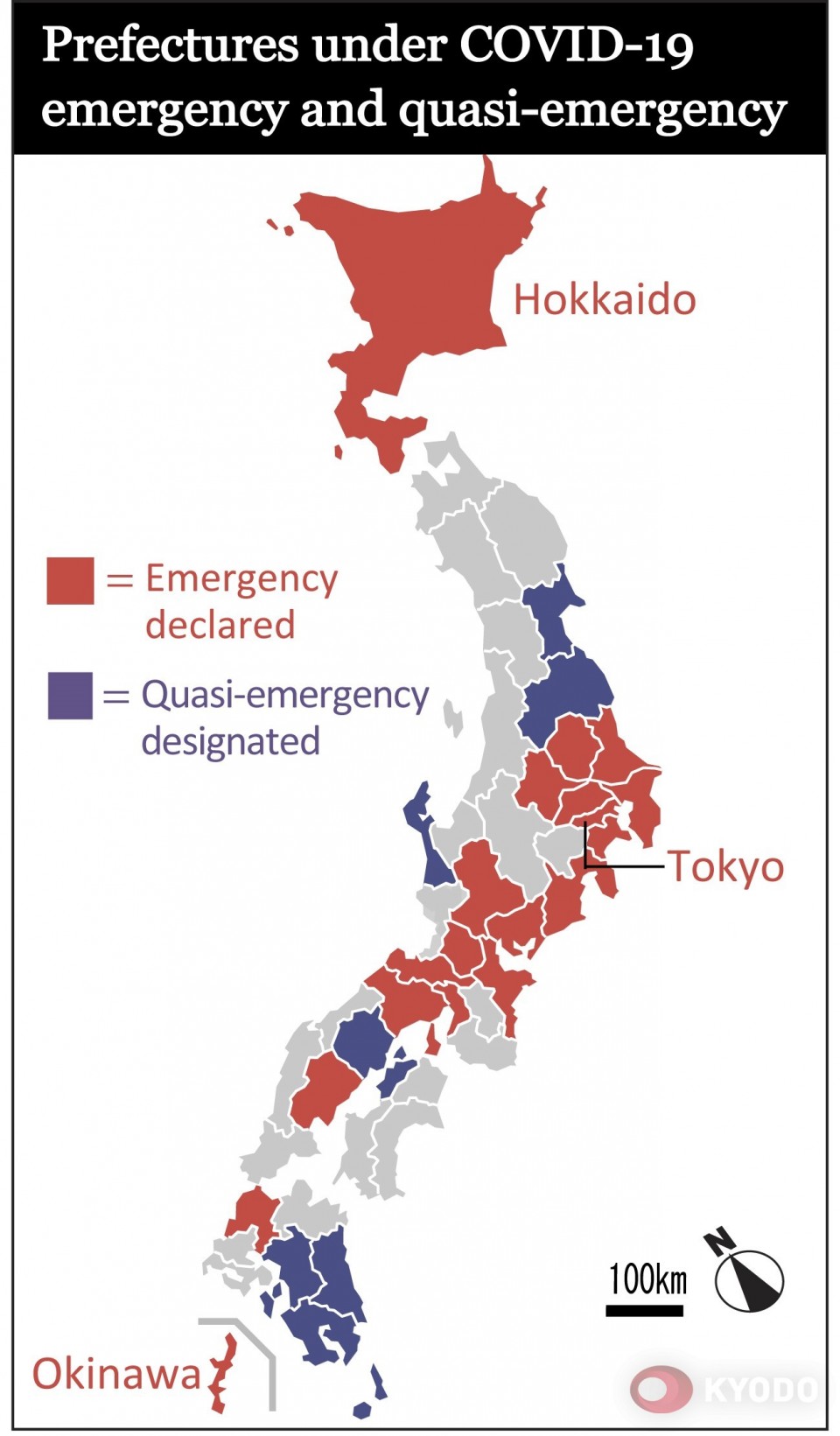 Tokyo joined Okinawa in becoming subject to the emergency declaration on July 12 and remained under the measure during the Olympics and Paralympics, held with few to no spectators at the games' venues. The other areas were placed under the measure in August.

Nationwide infections peaked at around 25,000 per day in August, triggered by the highly contagious Delta variant, but have since steadily declined.

On Monday, 1,147 cases of infections were reported nationwide.

In areas where the state of emergency is lifted, the government plans to allow approved restaurants to close at 9 p.m., while other establishments will still be requested to close at 8 p.m. The serving of alcohol will also be permitted.

To what extent restrictions will be eased in the month following the emergency lifting will be left to the discretion of prefectural governors. Conversely, they will also be given authority to reinstate requests for shortened business hours if deemed necessary.

In a related development, Japan will conduct an experiment using proof of COVID-19 vaccination at professional baseball and soccer stadiums in preparation for easing capacity restrictions, Nishimura said.

The experiment is expected to be conducted in October as Japan continues seeing a steady decline in newly reported coronavirus cases, according to top officials of Nippon Professional Baseball and soccer's J-League, who held a meeting with Nishimura.

"We'd like to make further adjustments and conduct the experiment at an appropriate time," Nishimura said when holding discussions with NPB Secretary General Atsushi Ihara and J-League Chairman Mitsuru Murai.

Once those measures against the virus are lifted, the cap for major sporting events will be raised to 10,000.

If the situation allows, the government is considering further raising the spectator cap by accepting proof of being fully vaccinated or a negative test certificate in the upcoming experiment.

The government also plans to carry out a series of tests starting in October at restaurants, live music venues and other places that typically attract large crowds in preparation for the relaxation of restrictions.