One of the sisters of a Sri Lankan woman who died in March following mistreatment at a Japanese detention facility has called on the immigration agency to accept responsibility for her sibling's death as she left Japan.

The family members of Ratnayake Liyanage Wishma Sandamali, 33, have been demanding that the immigration agency disclose two weeks' worth of a security camera footage of her final days and clarify the cause of death, but their requests have not been granted. 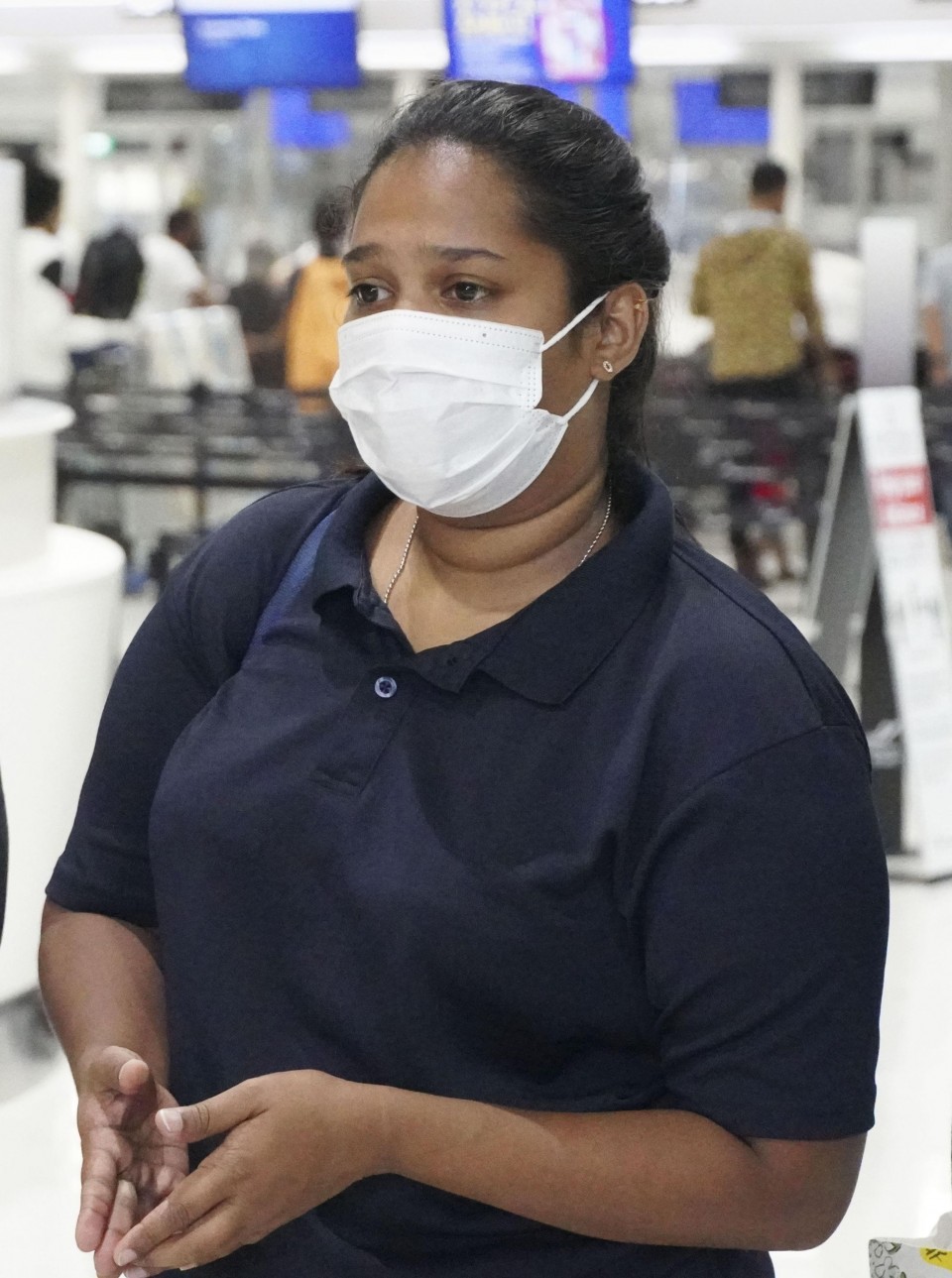 "I will return (to my country) temporarily, but not because I have given up. I want the immigration authorities to accept their responsibility and prevent the same thing from happening again to other foreigners," Wishma's younger sister Wayomi, 29, told reporters at Narita airport near Tokyo on Thursday.

Wayomi said she decided to leave Japan as she has been "mentally distressed" after seeing half of a two-hour edited version of the footage showing how her sister was treated at the Nagoya Regional Immigration Services Bureau in central Japan.

She also said she was worried about the worsening health of her mother in Sri Lanka. Wishma's other younger sister, Poornima, will remain in Japan and continue to urge the agency to fully disclose the footage.

The Immigration Services Agency of Japan had at first refused to disclose the footage to the family, citing security, but allowed the family to watch a shortened version of the footage following public criticism.

On Tuesday, Wayomi told a press conference in Tokyo she has been in shock since seeing the footage and recalling every day the suffering of her sister and the bitter attitude of immigration officials.

Wayomi and Poornima have also been demanding the immigration agency allow their lawyer to attend while they view the footage of Wishma's final days.

Shoichi Ibusuki, the lawyer for the family, who also attended the press conference, said "the dishonest handling by the immigration agency" led Wayomi to leave Japan, as it refuses to accept the requests of Wishma's family.

Wayomi said the immigration agency is "evading responsibility" for her sister's death and called on it to make the footage public in order to prevent any recurrence of what happened to her sister.

In August, Japan's immigration agency admitted to mistreating Wishma after a probe found the detention center in Nagoya failed to provide appropriate medical care despite her deteriorating health.

The probe has also found that she asked for medical treatment and an examination by an outside doctor, but her pleas were never reported to managing staff, violating the facility's own rules.

According to the agency's final report on the death of Wishma released in August, one immigration officer allegedly mocked her for not being able to swallow a drink, while others thought her complaints were exaggerated in order to secure approval of her temporary release request.

Wishma was taken to the Nagoya facility in August 2020 for overstaying her visa. She had complained of stomach pain and other symptoms from mid-January and applied for provisional release for hospital treatment, but was refused.

An online petition launched by Wishma's family and supporters in July to press the government to release the full video footage had garnered over 80,000 signatures as of Friday morning.