The U.S. government on Friday warned of "acts of targeted violence" around the 20th anniversary of the Sept. 11 terror attacks, while noting that foreign terrorist organizations continue to seek to influence individuals in the United States.

In a terrorism warning bulletin issued the same day, the Department of Homeland Security said the country is under a "heightened threat environment" and the Sept. 11 anniversary as well as religious holidays could "serve as a catalyst" for violent activities. 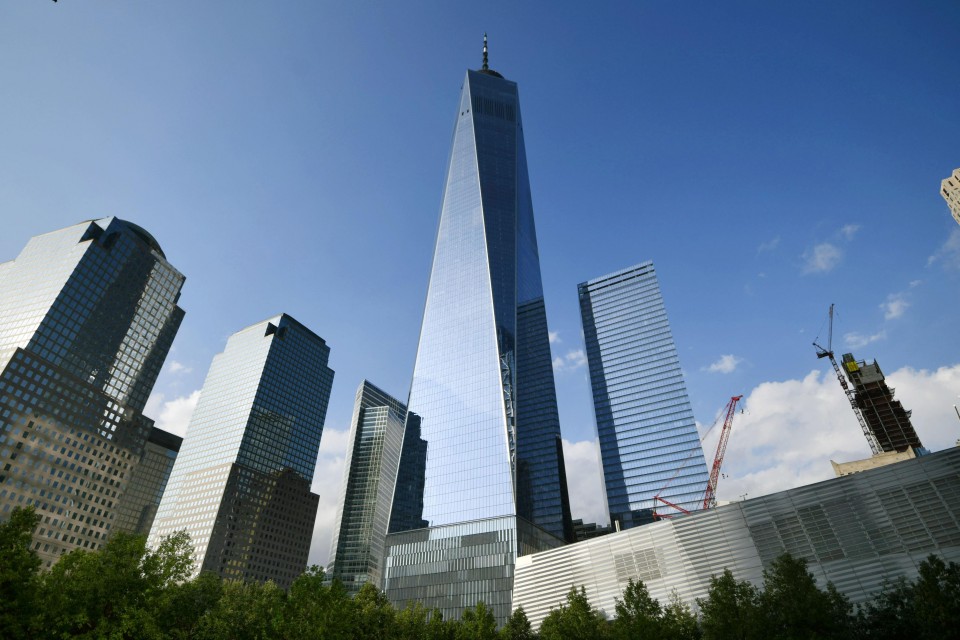 Photo taken Sept. 9, 2019, shows One World Trade Center in the New York skyline. 1WTC was built on the site of the twin towers destroyed in the terrorist attacks on Sept. 11, 2001. (Kyodo) ==Kyodo

The threats include those posed by domestic terrorists, individuals and groups engaged in grievance-based violence, and those inspired or motivated by foreign terrorists and other malign foreign influences, the department said.

"These actors are increasingly exploiting online forums to influence and spread violent extremist narratives and promote violent activity," it added, while noting that increased social strains and tensions amid the coronavirus pandemic may further raise the risk of violence.

On Sept. 11, 2001, terrorists from al-Qaida, an Islamist extremist group, hijacked four commercial airplanes, deliberately crashing two of them into the twin towers of the World Trade Center in New York and a third plane into the Pentagon in Virginia.