Paralympics a chance to show how horses help humans heal

Paralympians and their equine companions in Tokyo are proving that specializing early is not the only recipe for sporting success.

Riders with disabilities who started horseback riding for therapeutic or recreational purposes later in life have progressed to the point that they are competing at the Paralympic level thanks to the healing power of horses. 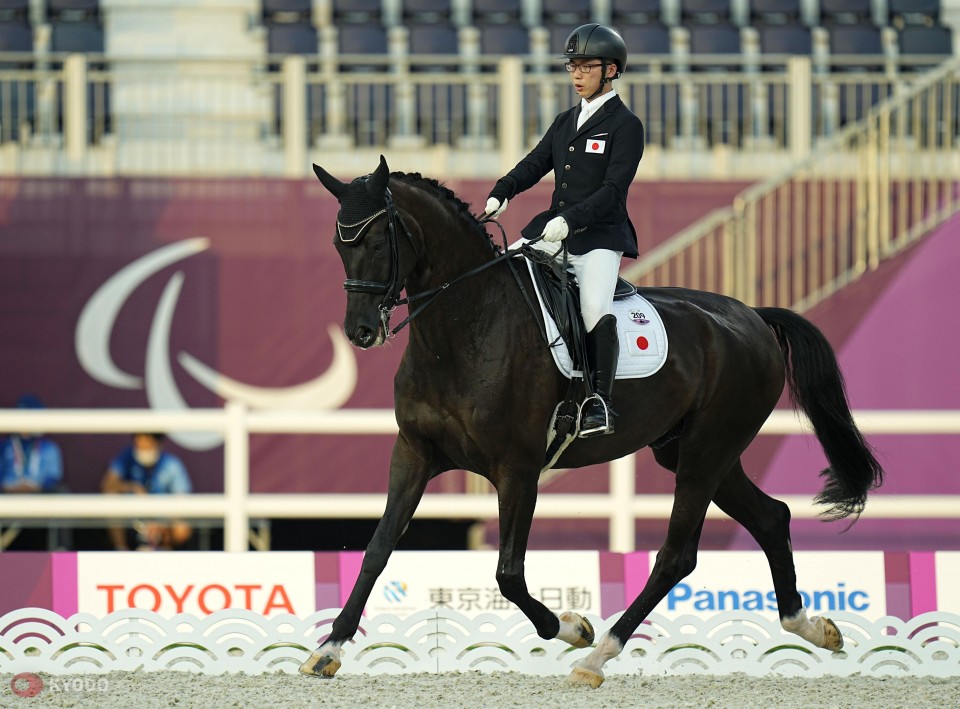 Soshi Yoshigoe and his horse Hashtag compete in the equestrian Dressage Individual Test Grade II event at the Tokyo Paralympics at Equestrian Park on Aug. 26, 2021. (Kyodo)

The potential for individuals to benefit and succeed in riding was first noted when Lis Hartel, a Danish equestrian competitor and polio survivor, won Olympic dressage individual silver medals at the 1952 and 1956 Games.

The Tokyo Games mark the 25th anniversary of equestrian being included on the Paralympic program.

Soshi Yoshigoe is a Japanese equestrian athlete who took up horseback riding as part of his rehab program. It was not until junior high school he became interested in the Para sport, but he quickly made his mark on the scene in Japan.

The 21-year-old was born with cerebral palsy and had trouble walking, but riding was effective in reducing muscle stiffness he experienced. He moved up a sport class from Grade I, for riders with the most severe impairments, to Grade II, out of five grades in Para dressage.

Yoshigoe and his horse Hashtag competed in the individual dressage Grade II event at the Tokyo Paralympics on Thursday, but as he was not among the top eight finishers in the event, he did not advance to the individual freestyle test event.

But fellow Japanese Mitsuhide Miyaji finished seventh on Charmander and has moved on to the individual freestyle on Monday for a shot at an individual medal.

Before The Para dressage competition got under way on Thursday, 77 horses from 27 countries passed the official horse inspection. 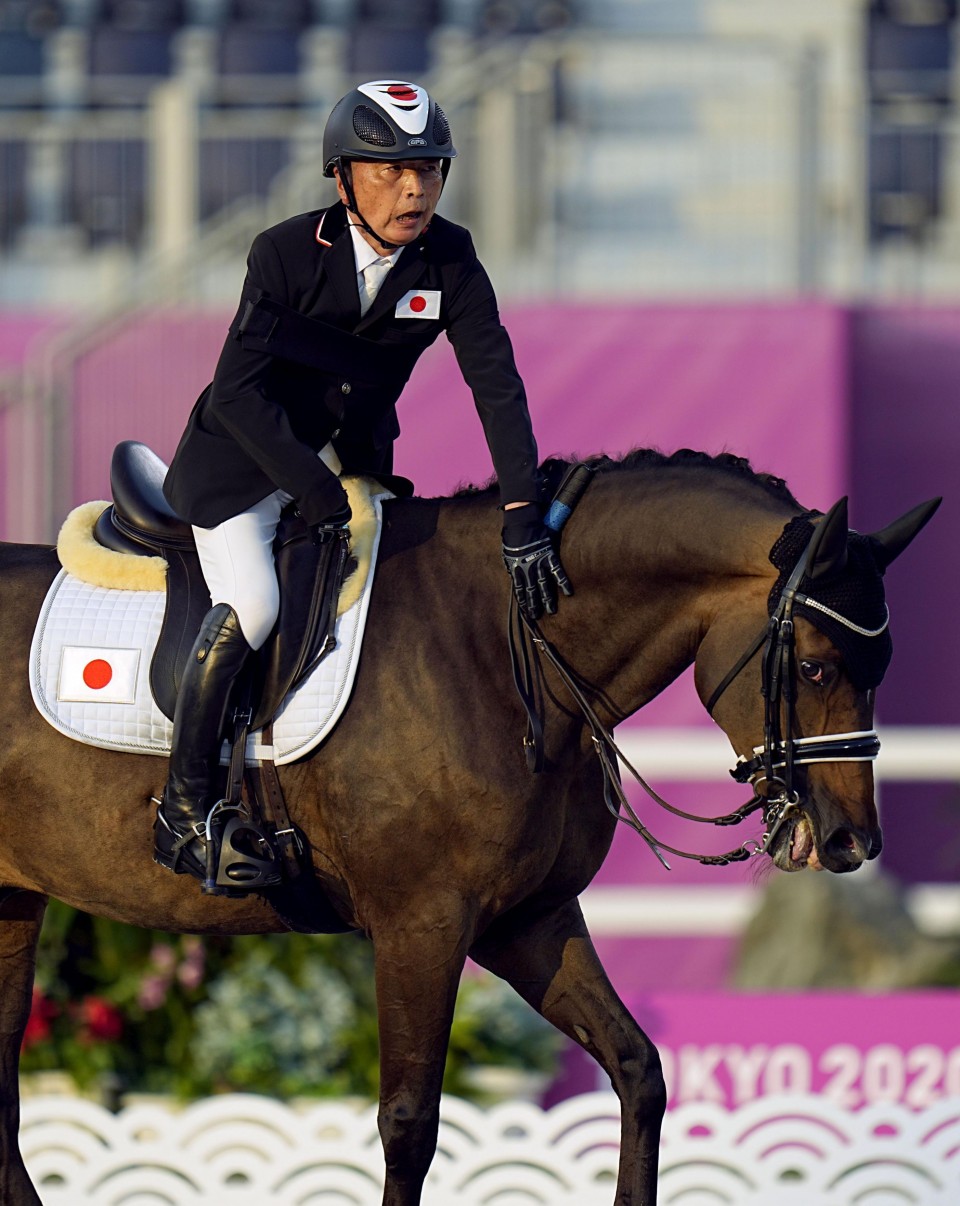 Mitsuhide Miyaji strokes his horse after competing in the equestrian Dressage Individual Test Grade II event at the Tokyo Paralympics at Equestrian Park on Aug. 26, 2021. (Kyodo)

Miyaji, who worked with horses at one of the two stables owned by the Japan Racing Association, had problems speaking following a stroke in 2005. But his love for horses and passion to ride helped the 63-year-old restore some of his ability to communicate.

The Japan Riding Association for the Disabled is using the Tokyo Paralympics as an opportunity to expand social welfare using horses as means of therapy.

Megumi Tsukamoto, a spokesperson for the association, said "horses move in a rhythmic motion that mimics the human movement of walking," which is supposed to strengthen riders' muscles, move their joints, and improve balance and coordination for walking.

Tsukamoto, who hopes to see more humans forming bonds with horses through the experience of watching the Paralympics, said it is important to work not only with horse riding clubs but with local governments to plan for equestrian-friendly communities.

"It's important to get the word out at this time when there's public attention (on the Paralympics)," she said.