Japan's Kazuma Kaya claimed bronze in the men's gymnastics pommel horse at the Tokyo Olympics on Sunday, collecting his second medal of these games. 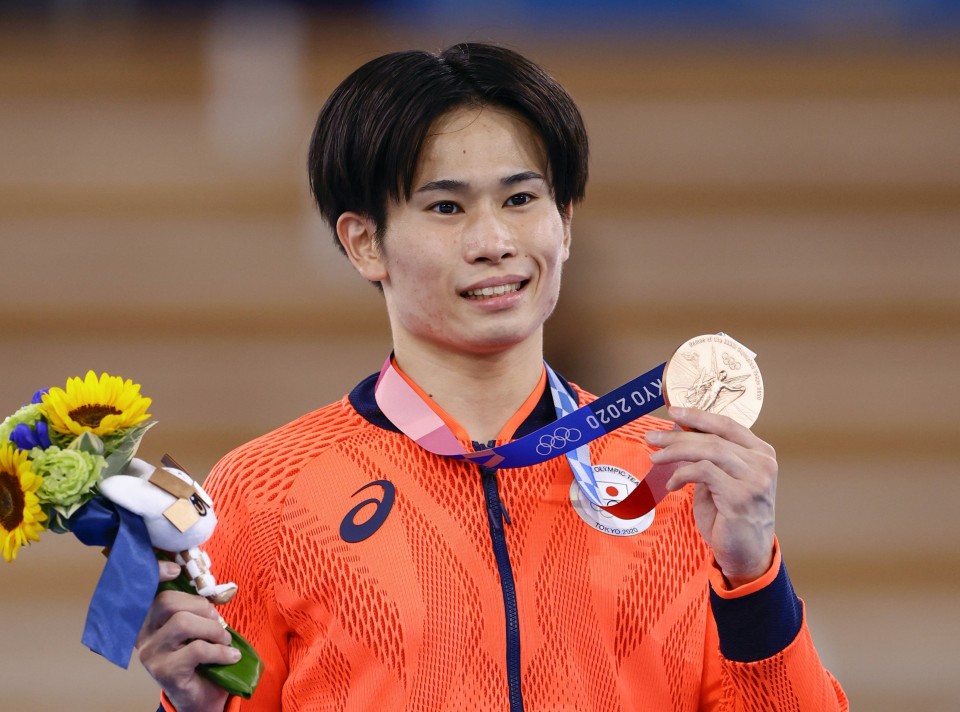 Japan's Kazuma Kaya poses with his bronze medal in the men's gymnastics pommel horse at the Tokyo Olympics on Aug. 1, 2021, at Ariake Gymnastics Centre. (Kyodo)

Japan's other entrant, Kohei Kameyama, was fifth with 14.600.

"I was able to win this bronze medal because I really concentrated on my performance," the 24-year-old Kaya said after the victory ceremony. "I came into the competition believing that something will happen if I refuse to give up, and I was able to perform the way I wanted."

Whitlock, who also took bronze in the event at the 2012 London Olympics, opened the competition with a dynamic routine, nailing all of his elements to lead from start to finish. His performance had the highest D score, the higher the score -- the more difficult the routine.

"It feels incredible to win today, very surreal. I can't quite comprehend what just happened. It's been a whirlwind journey, and I am massively grateful," the 28-year-old Whitlock said.

The sixth gymnast to take to the pommel horse in the competition, Kaya appeared to be stiff at first, but pulled off a clean routine and pumped his fist in the air as his teammates watched from the stands. 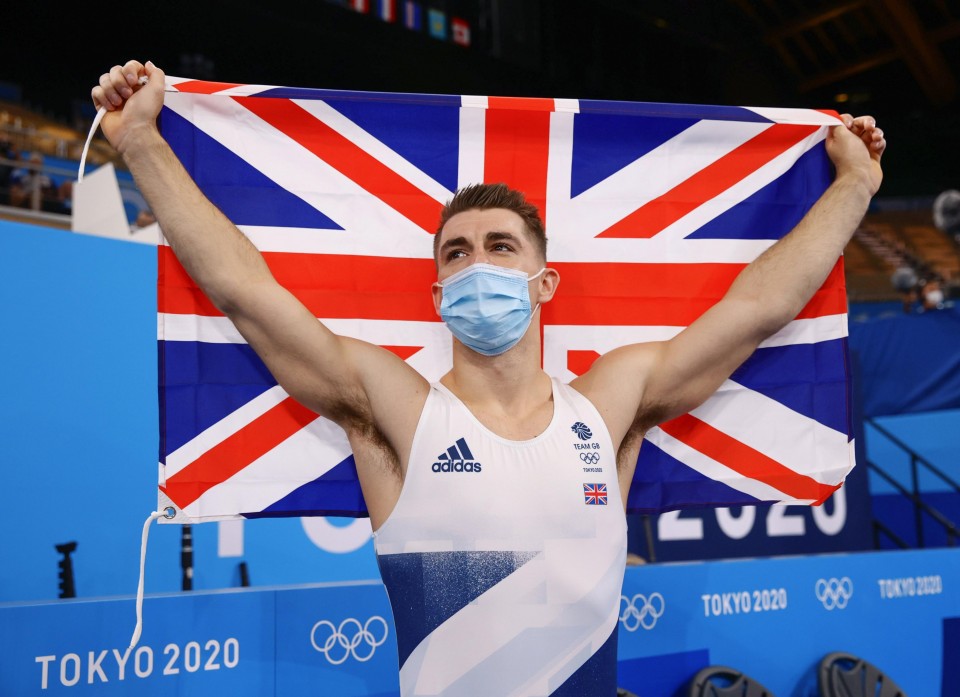 Max Whitlock of Britain celebrates after winning the men's pommel horse final at the Tokyo Olympics on Aug. 1, 2021, at Ariake Gymnastics Centre. (Kyodo)==Kyodo

Kaya, who was a reserve at the Rio de Janeiro Olympics, said his sights are now set on the Paris Olympics in 2024.

"Since winning silver in the team final, I consider today's bronze to be the start in my campaign for Paris," he said. "I don't want to feel any satisfaction because I want to win gold. I want to start training now."

The 32-year-old Kameyama, the last gymnast to hit the apparatus, almost fell but managed to hang on in his only event at his first Olympics.

"I wanted to have a better performance, but it can't be helped," he said. "I am satisfied. It's like I'm shaking from joy and I feel like I'm still in a dream."

In other events held at the venue, Israel's Artem Dolgopyat topped the podium in the men's floor exercise, beating Spain's Rayderley Zapata and China's Xiao Ruoteng.

Simone Biles, who won four gold medals at the Rio de Janeiro Olympics, did not compete. She has not done so since she withdrew after the first rotation of the women's team event on Tuesday in which the U.S. team finished second, citing the need to focus on her mental health.