Oil spills from freighter that ran aground at northeast Japan port

A cargo ship that ran aground at a port in northeastern Japan before being refloated and anchored off the coast was found Thursday to have broken apart and was spilling oil, the coast guard said.

The freighter, the Panamanian-flagged 39,910-ton Crimson Polaris, ran aground Wednesday morning at Hachinohe port in Aomori Prefecture. All 21 crew members -- eight Chinese and 13 Filipino nationals -- had been rescued without notable injuries, the coast guard said. 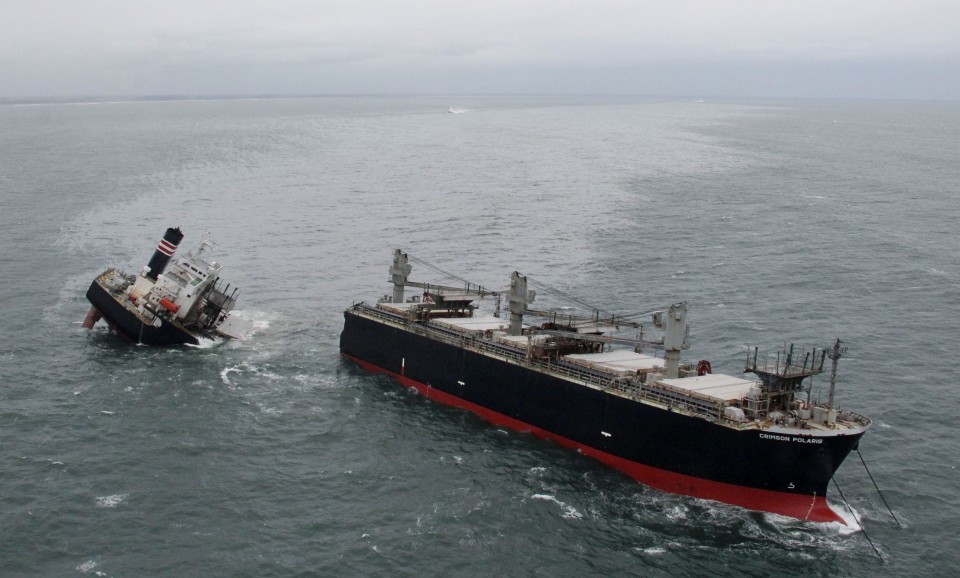 Leaked oil was confirmed floating in an area of about 24 kilometers in length and up to about 800 meters in width as of 5 p.m. Thursday, reaching the coastline of Misawa in the prefecture. The coast guard said its officials have been engaging in cleanup work.

About 1,600 tons of heavy oil still remained inside the cargo ship.

The vessel was on course to enter the port on Wednesday morning but ran aground in shallow water as it was carried away by strong winds, according to Nippon Yusen K.K., which is responsible for the operation of the ship.

The crew initially managed to refloat the ship, which was carrying wooden chips from Thailand, but it soon became impossible to navigate leading them to drop anchor around 4 km off the coast.

On Thursday morning, the stern section of the ship had broken apart and the ship was leaking oil, the coast guard said.