Not known for producing sportspeople of note, Myanmar had a quiet presence at the Tokyo Olympics, an event held about six months after a military coup ousted the nation's democratically elected government led by Aung San Suu Kyi.

Only two athletes -- in badminton and shooting -- represented the Southeast Asian country at the games. Both made an early exit in their respective competitions. 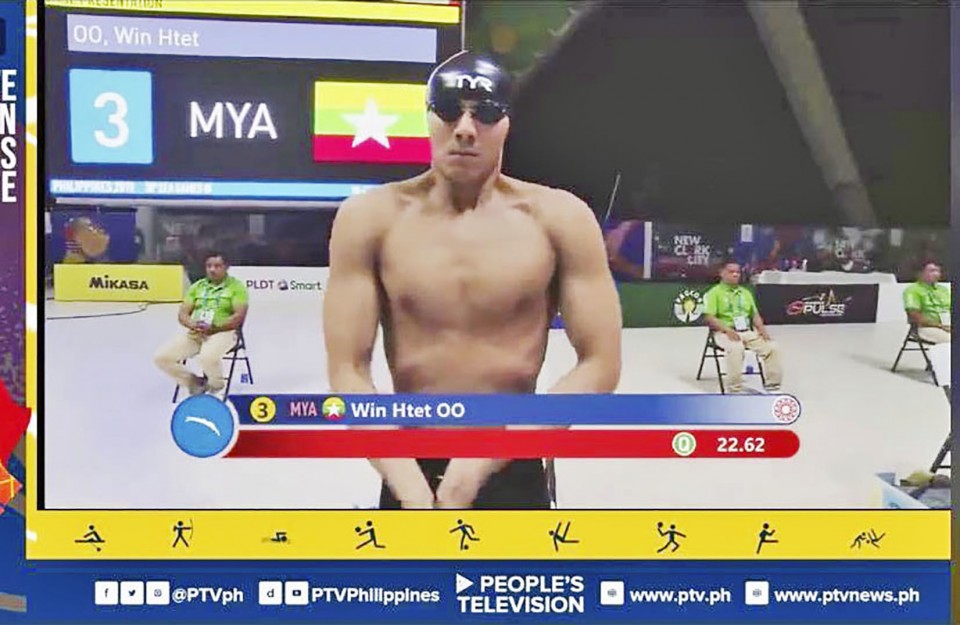 In April, one of Myanmar's top swimmers, Win Htet Oo, drew international media attention by announcing on his English-Myanmar bilingual Facebook page that he would not compete at the Olympics after the death of hundreds of protesters at the hands of authorities.

Among the dead is 19-year-old taekwondo practitioner Ma Kyal Sin, also known as Angel, who was shot in the head in the city of Mandalay. Win Htet Oo was deeply affected by her death.

"I shall not march in the parade of nations under a flag steeped in my people's blood," said the freestyle swimmer who lives in Melbourne, Australia.

The 27-year-old even calls the MOC a "puppet" of Myanmar's military rulers. 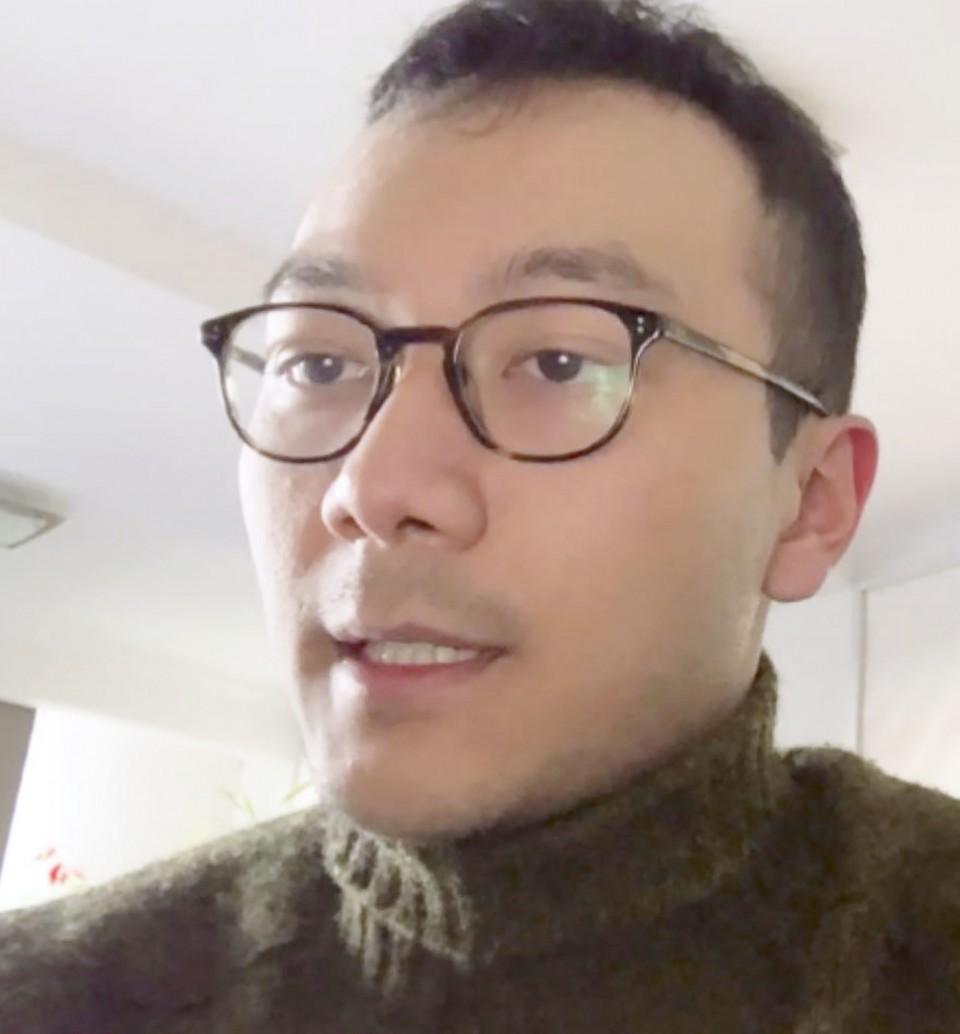 Win Htet Oo gives an online interview from Melbourne on July 21, 2021, as seen in this screenshot image. (Kyodo)

Win Htet Oo, who swam for New York University between 2012 and 2015, has never lived in Myanmar but visits frequently and remains a Myanmar citizen. His parents ensured he was always taught Myanmar culture.

He has lived in democratic countries such as the United States and Australia due to his father's work assignments, so he has experienced countries in which people's rights are given basic protections.

"The IOC is picking and choosing parts of the Olympic charter that they want to protect, mostly what is commercially of interest to them," he said. "For issues like mine, when the national Olympic committee is breaching the Olympic charter, they choose not to listen, even though my cases are worthy of investigation."

"They try to get away with their neutrality principle and saying 'we are not part of the politics in Myanmar,' even though this is about the Olympic charter. It's not about politics."

Win Htet Oo aspires to emulate the performances of the world's top swimmers such as American Caeleb Dressel and Briton Adam Peaty. But he says he had no regrets about his decision to withdraw, no matter how long and how hard he trained to realize his childhood dream to race at an Olympic Games.

Win Htet Oo was ready to compete in Tokyo, but his plan was thrown into a tailspin by the Feb. 1 coup.

Asked what he expects will happen in Myanmar, he said, "This will be a very long-term revolution in Myanmar. I'm preparing myself to help support Myanmar for years, maybe decades, and maybe more."

"In normal times, attending the Olympics will give our people hope and encouragement for the future, but now all Myanmar athletes should know that their participation will only convey to Myanmar people that they are loyal and subservient to the military."

The IOC, for its part, suggested that Win Htet Oo had not qualified for the Tokyo Games under world swimming body FINA's current system. But he said he met the Olympic standard "B" time by clocking 22.62 seconds in the 50-meter freestyle in 2019.

"Any athlete qualified would be selected for participation," the IOC said in an email reply to questions by Kyodo News. "In this specific case, we understand that the athlete had not obtained a quota and therefore was not qualified/eligible. Should he have qualified or obtained a quota, he might only have been entered by the Myanmar NOC (national Olympic committee)."