A 35-year-old man was sentenced Tuesday to 12 years in prison by a Japanese court for stabbing a police officer and stealing his handgun in western Japan's Osaka Prefecture in 2019.

The Osaka District Court ruled Yujiro Iimori, who was accused of attempted murder and robbery, should be held criminally responsible for his conduct to some extent, as his mental capacity was limited due to his illness. 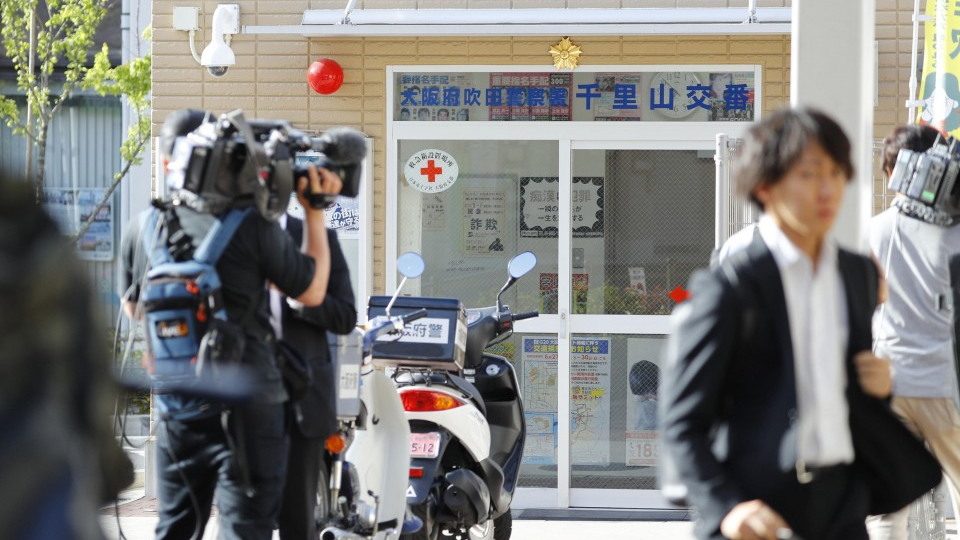 Photo taken June 17, 2019, shows a police box in Suita, Osaka Prefecture, where an officer was stabbed and had his gun stolen by a man the previous day. Yujiro Iimori, 33, was arrested the following day. (Kyodo) ==Kyodo

Iimori was diagnosed with schizophrenia by two psychiatrists before and after his indictment, and whether he should be held accountable for his conduct or not was the main focus in the lay judge trial.

Presiding Judge Ichiro Watanabe pointed out that schizophrenia greatly influenced his behavior, but he acted "rationally and flexibly" at the time of the crime.

Prosecutors had sought a 13-year prison term, saying Iimori acted on his own judgement though his capacity was somewhat limited by the mental illness. The defense team had claimed the accused was not guilty as he was mentally incapable at the time of the crime.

According to the ruling, Iimori stabbed Suzunosuke Kose, 28, in his chest and other parts with a kitchen knife at a police box in Suita and stole his gun in the early morning of June 16, 2019.

Iimori was carrying the gun and four bullets when he was caught in a mountainous area not far from the crime scene the following day. Kose, who suffered several stab wounds, fell into a coma but has since recovered and returned to work in January 2020.