A joint exercise involving the naval forces of India, the United States, Japan and Australia will be held this year again, the Indian government has said.

The planned exercise, which is called Malabar, will be held in the western Pacific and is aimed at keeping China in check amid the Asian power's increasing assertiveness in regional waters. 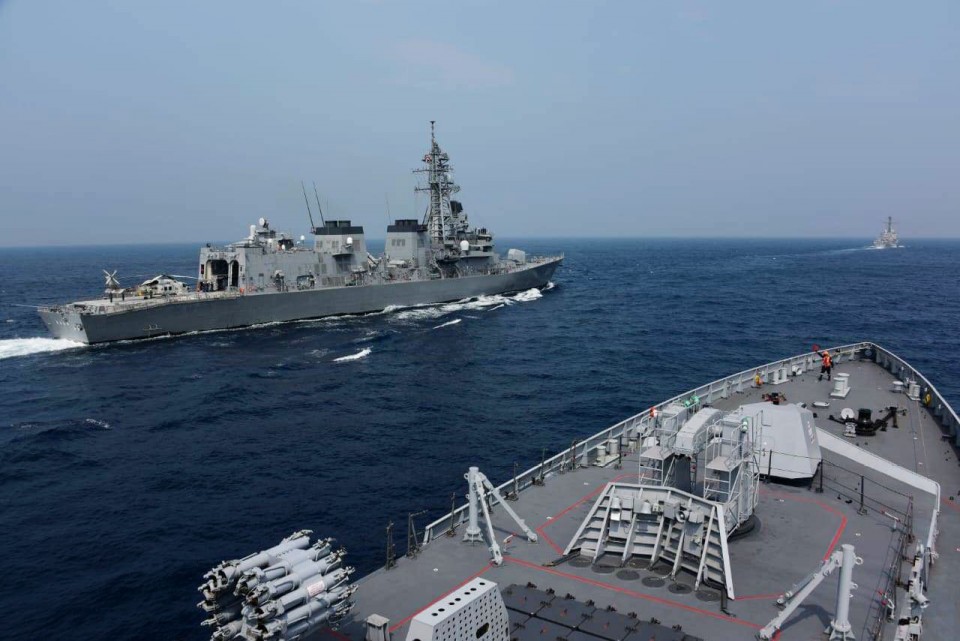 The Indian government announced the plans on Monday.

Last year's drills by the four major Indo-Pacific democracies known as the Quad were held in the Bay of Bengal and the Arabian Sea.

Separately, India will hold bilateral exercises with Vietnam, the Philippines, Singapore and Indonesia in waters such as the South China Sea, where China has made expansive claims. The Indian Navy will be dispatched this month for the drills, which will be held over about two months.

The Indian government has put forward plans to advance military cooperation with friendly nations for the stability of the Indo-Pacific region.

Arrangements are being made for the four Indo-Pacific democracies to hold a summit meeting in the United States in late September.