Japan inks $8 mil. in aid to Mongolia over COVID-19

Japan has signed an agreement with Mongolia to extend 883 million yen ($8 million) in grant aid to help the country fight the coronavirus pandemic.

Under the agreement, the Japan International Cooperation Agency will provide Mongolia with cold chain equipment such as refrigerated vaccine transport vehicles as promptly as possible, according to the government-backed body.

Aside from procuring COVID-19 vaccines, Mongolia and other developing countries are facing distribution issues. Vaccines must be kept at low temperatures when transported and stored, a process known as the cold chain. 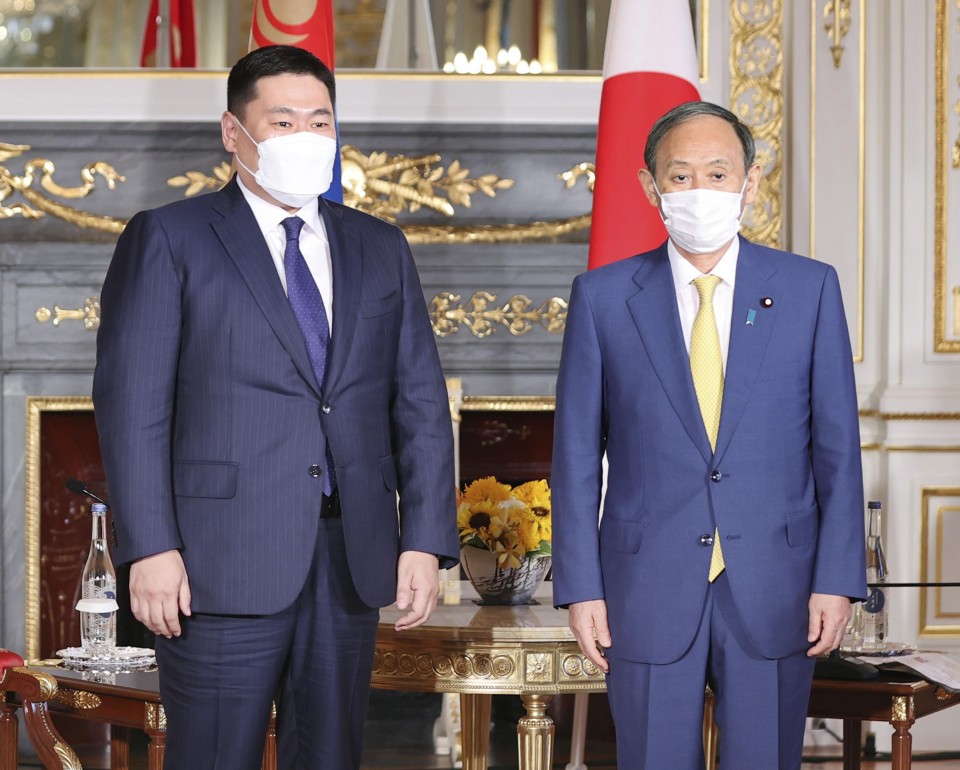 Japanese Prime Minister Yoshihide Suga (R) and Mongolian Prime Minister Luvsannamsrai Oyun-Erdene pose for a photo during their meeting at the State Guest House in Tokyo on July 22, 2021. (Kyodo)

In a meeting with Prime Minister Yoshihide Suga in Tokyo on July 22, Mongolian Prime Minister Luvsannamsrai Oyun-Erdene expressed his appreciation for Japan's assistance over the pandemic, the Japanese Foreign Ministry said.

The new aid for Mongolia -- signed between JICA and the Mongolian government in Ulaanbaatar on July 19 -- is part of the "Last One Mile Support," a Japanese government project intended to ensure every country gets vaccinated.

Japan has been one of the leading contributors to multilateral efforts to ensure equitable delivery of vaccines, especially to the developing world, through such initiatives as the U.N.-backed COVAX global vaccine-sharing program.

However, the establishment of cold chains within developing countries is not always part of the COVAX scheme.

Japan has been promoting Last One Mile Support to complement COVAX, according to government officials.