The enterprising president of a transport firm in southwestern Japan has come up with a way to power his trucks with a biodiesel fuel made partly from leftover "tonkotsu" ramen soup broth.

The firm, Nishida Shoun, based in Fukuoka Prefecture, mixes lard extracted from the broth, which is made from pork bones, with a fuel made from waste cooking oil. 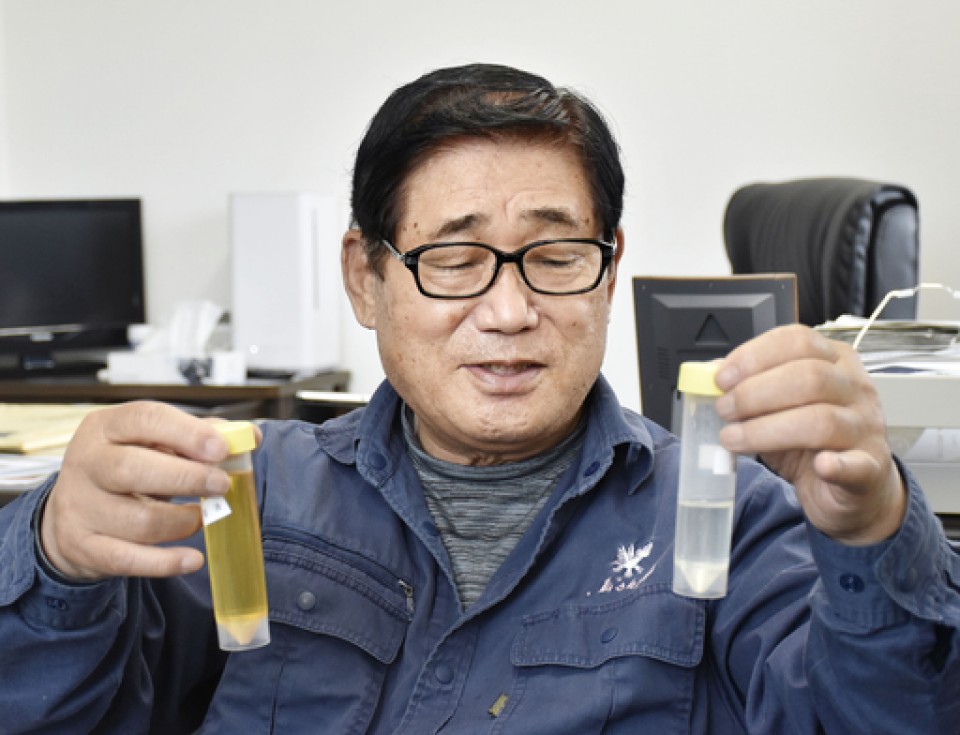 It has already started using the diesel oil in some of its 170 trucks and plans to use it in all of them from September.

The company's chairman, Masumi Nishida, came up with the idea of using tonkotsu ramen broth for fuel production in 2013 when he was approached by an operator of a ramen chain while conducting research on biodiesel fuel derived from vegetable oil.

The operator said he had to pay for disposal of leftover broth and wondered whether it could be put to use instead.

Rising to the challenge, 74-year-old Nishida developed a device to separate out the lard from the broth that can be placed in the kitchens of ramen shops.

Though lard tends to solidify easily compared to vegetable oil, Nishida came up with a way to eliminate certain elements during refining so that it can be mixed with biodiesel fuel made from waste cooking oil.

The company currently purchases lard and waste cooking oil from around 2,000 restaurants and uses it to produce about 3,000 liters of fuel a day at its plant in the prefecture.

"At the beginning, I had no knowledge of chemistry and it was all about trial and error. But my development saw the light of day when environmental issues are becoming a big challenge," Nishida said.