A total of 84 coronavirus patients recuperating at home in Japan died in the six months through June, government data showed Monday, sparking concerns about a possible increase of COVID-19-related deaths at home amid strain on the country's medical system.

The data showed nearly half the patients died in several days after their infections were reported to the health ministry, a sign that the people saw their conditions suddenly deteriorate. 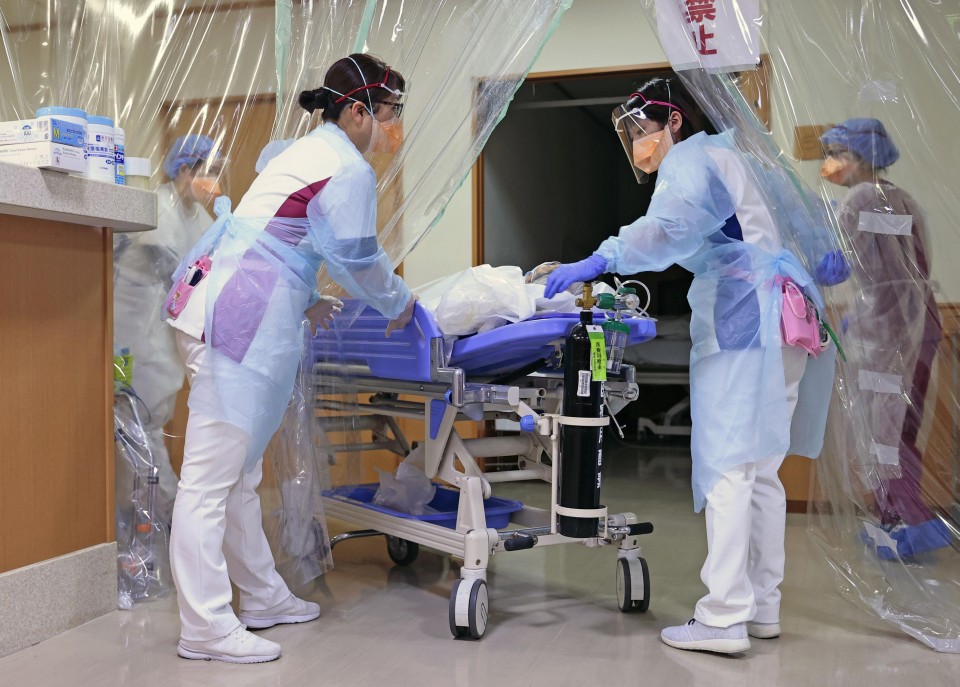 The data came as the number of COVID-19 patients at home is feared to rise further, with the number of those recuperating at home in Japan topping 45,000 last week, up about 26,000 from a week earlier.

The pace of increase has been accelerating due to the spread of the virus' highly contagious Delta variant, first detected in India.

Prime Minister Yoshihide Suga decided earlier this month that in an effort to prevent hospital bed shortages, only patients with severe cases of COVID-19 and those at risk of developing severe symptoms can be admitted to hospitals in areas facing a virus resurgence.

Of the 84 patients, 36 died in one to nine days after their infections were reported to the Ministry of Health, Labor and Welfare by local medical institutions. Eleven died in 10 to 19 days.

Four died in 20 days or later, with the longest case being in 30 days. Nine had died at the time of reporting while the dates of death for 24 patients were unknown.

Separate data showed that new coronavirus infection cases in Japan totaled 12,073 on Monday, up 43.8 percent from a week earlier.

Of the total, Tokyo confirmed 2,884 cases, the highest level on record for a Monday.

The capital's seven-day rolling average of the new infection cases has risen to 4,135.4 per day, up 28.7 percent from the previous week.

Daily tallies in the country are being closely watched as Suga said earlier the COVID-19 situation will be considered in deciding whether Japan can hold the Paralympics, slated to start Aug. 24, with spectators.

Suga said Monday that getting vaccinations and refraining from nonessential outings were keys in preventing the spread of the virus.

The cumulative total of vaccine doses administered in the country has topped 100 million, he said at a press conference in Nagasaki, southwestern Japan.

"With the Bon holidays starting this week amid the continuing spread of a highly contagious (COVID-19) variant, now is an extremely important period" to curb infections, the prime minister said.

He was referring to the major summer vacation season in Japan when many people return to their hometowns or travel elsewhere.

Suga called on younger people to refrain from traveling during the period, saying about 70 percent of new COVID-19 patients in Tokyo were in their 30s or younger.