"The U.S. has a really good lineup, but Morishita was bent on going after them without holding back. That was what we talked about doing and he pitched a gem of a game," said Japan catcher Takuya Kai. "All the pitchers did a great job." 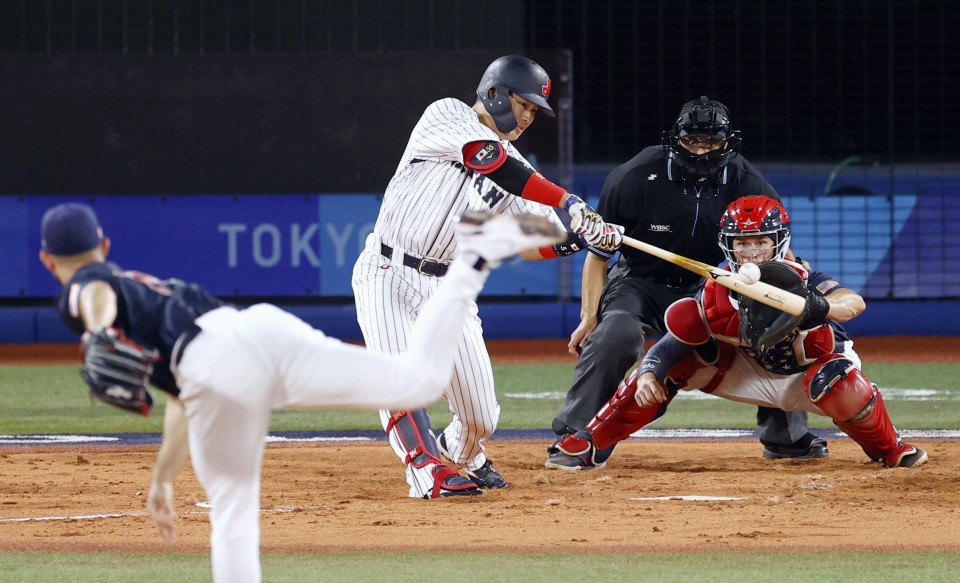 Munetaka Murakami of Japan hits a solo home run in the third inning off Nick Martinez of the United States in the Tokyo Olympic baseball gold medal game on Aug. 7, 2021, at Yokohama baseball stadium. (Kyodo) ==Kyodo

The host team scored an unearned run in the eighth against Japan-based reliever Scott McGough.

Ryoji Kuribayashi, one of two first-year pros on manager Atsunori Inaba's team, worked the ninth inning to earn his third save. The rookie also won two games in relief as Japan stayed unbeaten in five games en route to the gold medal.

Japan shortstop Hayato Sakamoto, one of the team's veteran leaders, said, "This is such a relief. Nobody thought this was going to be easy, and as one would expect the difference in this game was Japan's strengths -- pitching and defense."

Japan won the 1984 Olympic demonstration tournament before baseball was added to the core Olympic program from 1992 to 2008. It was returned for the Tokyo Games by local organizers, but it will not be a part of the 2024 Paris Olympics. 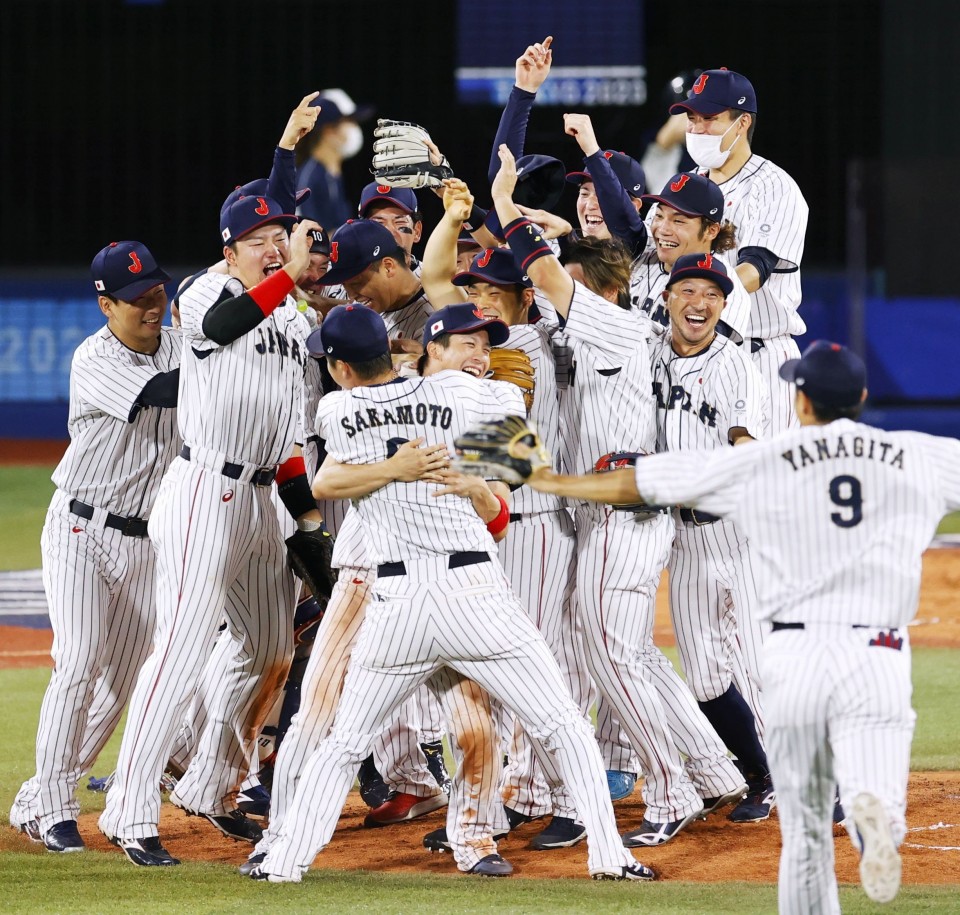