Maeda (5-4) gave up three runs on six hits and three walks at Houston's Minute Maid Park on the way to his first win since July 4. 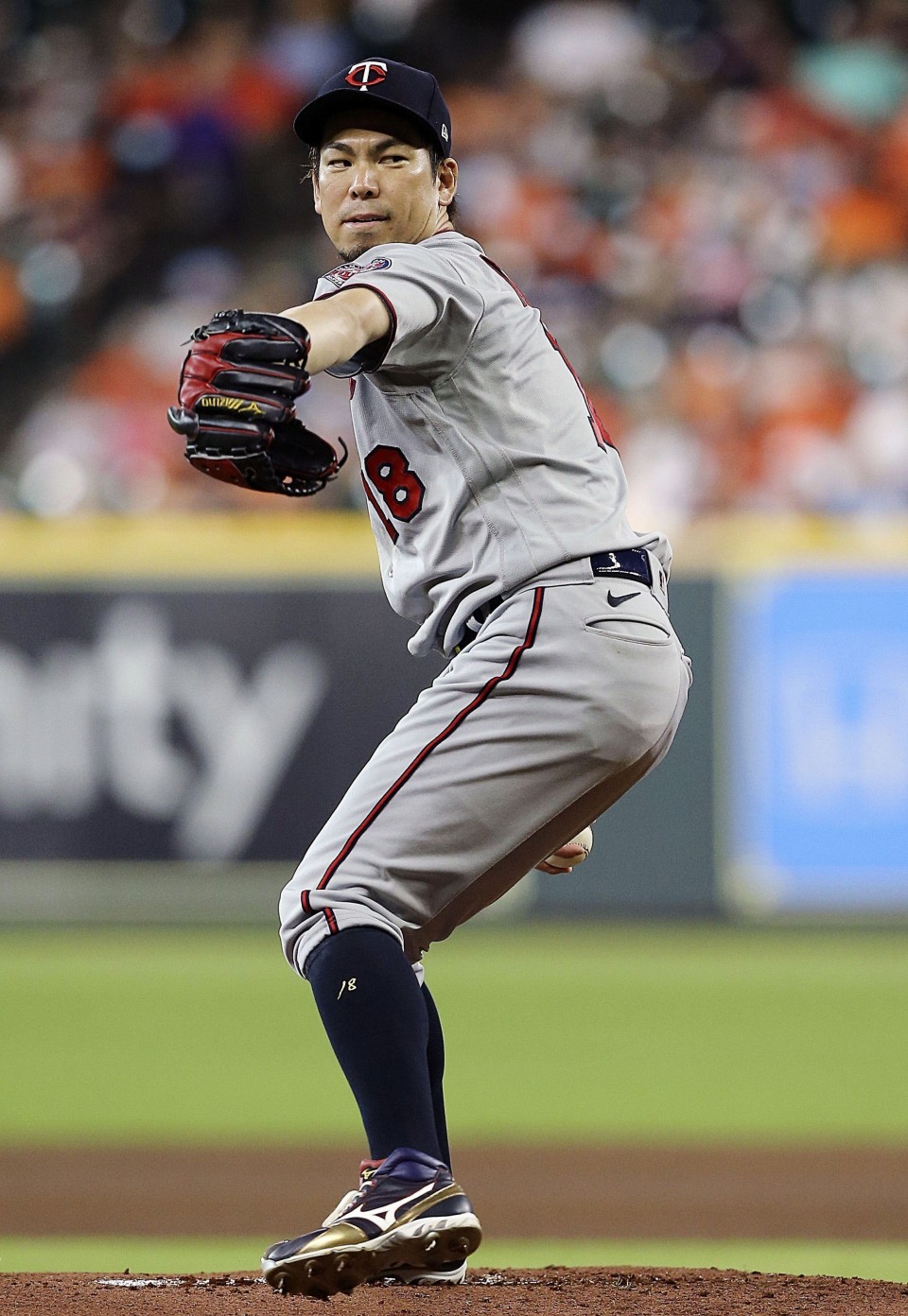 Kenta Maeda of the Minnesota Twins pitches in the first inning against the Houston Astros at Minute Maid Park on Aug. 8, 2021 in Houston, Texas. (Getty/Kyodo)

"I wasn't throwing in a good rhythm, but I'm happy the team could win and to pick up the win (as pitcher)," Maeda said. "I was focused on protecting the lead while throwing."

At Yankee Stadium, Yusei Kikuchi struck out six, while giving up four hits and three walks over five scoreless innings, but did not factor in the Seattle Mariners' 2-0 win over the New York Yankees.

MLB home run leader Shohei Ohtani drew a walk in his only at-bat as a pinch hitter in the Los Angeles Angels' 8-2 loss away to the Los Angeles Dodgers. The interleague game was played under National League rules without a designated hitter.

Boston Red Sox reliever Hirokazu Sawamura left the mound with elbow pain after pitching two outs in his team's 9-8 loss to the Toronto Blue Jays. The right hander gave up a pair of runs on two walks and no hits.