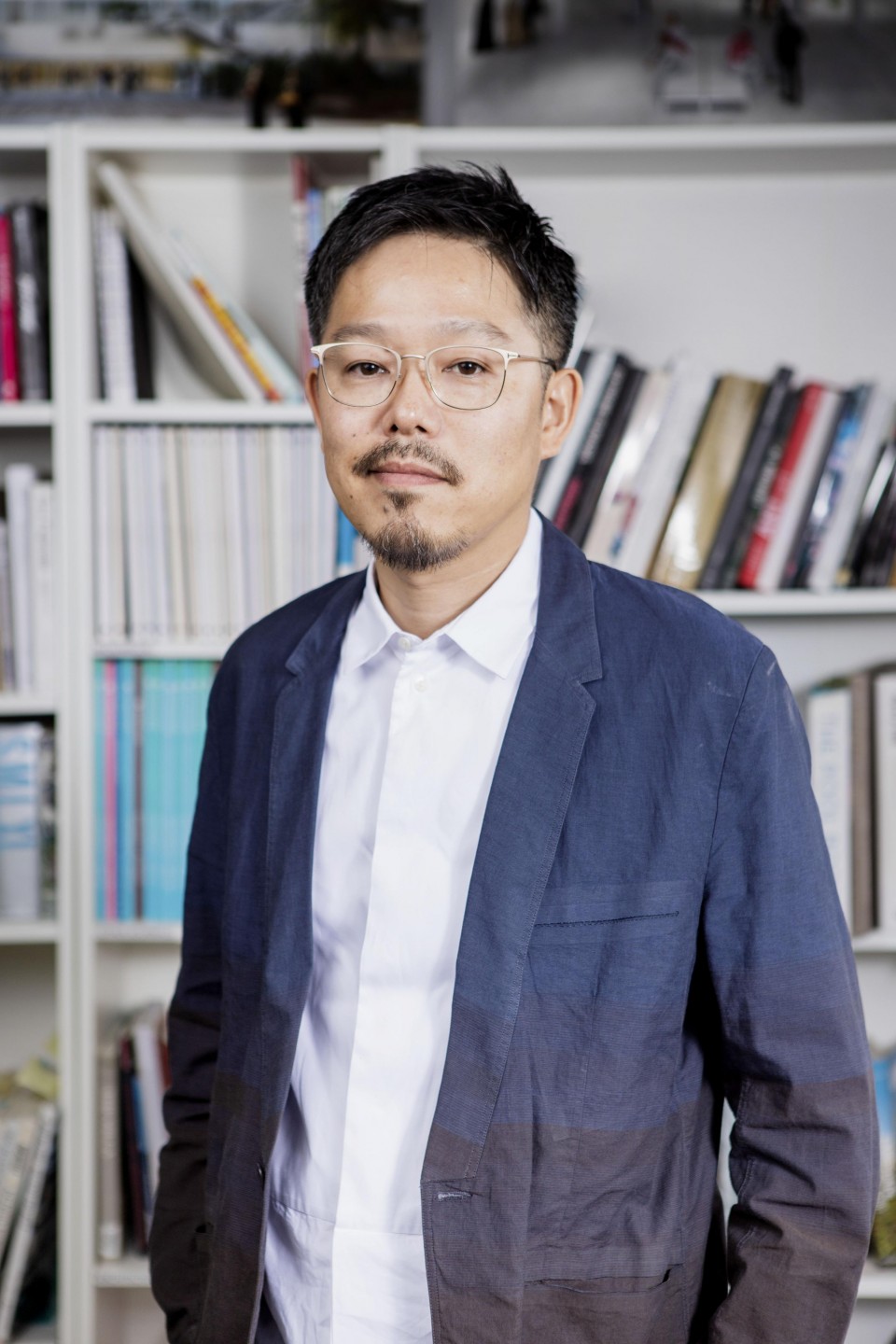 Japanese architect Kenichi Teramoto, who served as a curator of the United Arab Emirates pavilion for the 2021 Venice Biennale International Architecture Exhibition, shown in an undated photo. (Photo courtesy of National Pavilion UAE)(Kyodo)

Teramoto became the first Japanese to receive the Golden Lion for Best National Participation since the Japanese pavilion claimed the top prize in 2012 with architect Toyoo Ito among the contributors.

Teramoto, who works as an architect based in Tokyo and Dubai, spearheaded the planning and organizing of exhibits at the UAE pavilion under the title "Wetland" with his Lebanese colleague Wael Al Awar.

A native of Saitama Prefecture near Tokyo, Teramoto explored the possibility of renewable architectural materials by using alternative cement made from an industrial waste -- condensed saline water, inspired by the salt flats that characterize the UAE landscape.

The organizer of the exhibition hailed the UAE pavilion as "a bold experiment which encourages us to think about the relationship between waste and production at both the local and global scales, and opens to new construction possibilities between craft and high technology."

"I was surprised at my winning. I'm glad that my work has been praised," Teramoto told Kyodo News.

"As various problems have occurred simultaneously around the world, I am happy that I could make a positive proposal," he added.

Among other exhibits, the Russian pavilion with Japanese architect Kei Sato as a contributor was awarded a special prize.

Hailing from the central Japanese prefecture of Mie, Sato and his Russian partner Alexandra Kovaleva succeeded in reviving the historical Russian Federation Pavilion with "a sensitive and careful architectural renovation," said the organizer.

Winners in each category were announced during an award ceremony at the 17th biennial international architecture exhibition in Italy.

The international architecture exhibition opened in May, nearly a year after the original schedule due to the coronavirus pandemic.