Typhoon Lupit weakened to an extratropical cyclone Monday morning as it traversed western Japan following its landfall earlier in the day, the weather agency said, warning of downpours and stormy winds across wide areas.

It is forecast to reach the Sea of Japan, bringing heavy rain and strong winds to western, eastern and northern Japan areas through Tuesday, the Japan Meteorological Agency said. 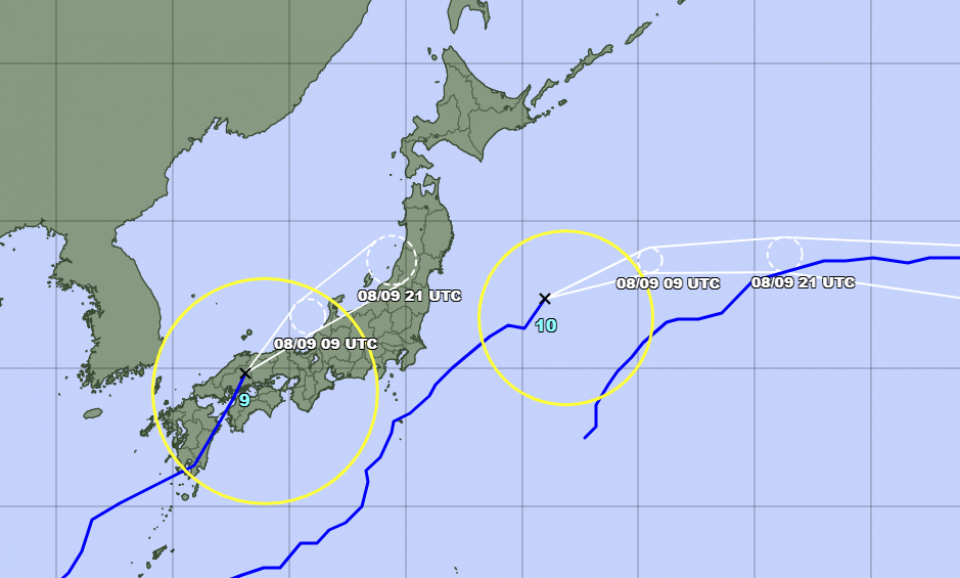 The ninth typhoon of the year hit the southwestern Kyushu region Sunday before making landfall near Kure in Hiroshima Prefecture shortly past 5 a.m. Monday.

A 46-year-old man in Masuda, Shimane Prefecture went missing after he fell into the swollen Takatsu River while trying to bring a capsized boat closer to the bank at around 6:50 a.m. Monday, according to local police.

The weather agency's highest-level rain alert was issued at one point Monday morning for the town of Kitahiroshima in Hiroshima Prefecture, but there were no reports of injuries or houses being flooded there as of 8:30 a.m., according to local firefighters.

Some transportation services suspended operations, with the Sanyo Shinkansen line temporarily stopped between Shin-Onomichi and Higashihiroshima stations, according to West Japan Railway Co.

A bridge leading to Kansai airport in Osaka Prefecture was closed to traffic at around 7:40 a.m. due to projected strong winds.

Rainfall of up to 200 millimeters is projected for the Tokai region in central Japan, and between 100 mm and 180 mm for wide areas of the country including the Kanto and Kinki regions centering on Tokyo and Osaka, respectively, in the 24 hours through noon Tuesday.