Japan's Narita and Haneda airports started Monday the use of facial recognition on a full scale, allowing international travelers to check in baggage and pass security checkpoints without showing passports or flight tickets.

In the "Face Express" system aimed at speeding up the boarding process and providing a touchless experience for passengers, travelers need to have their photos taken at check-in when they register their passports and boarding passes upon arriving at the airports. 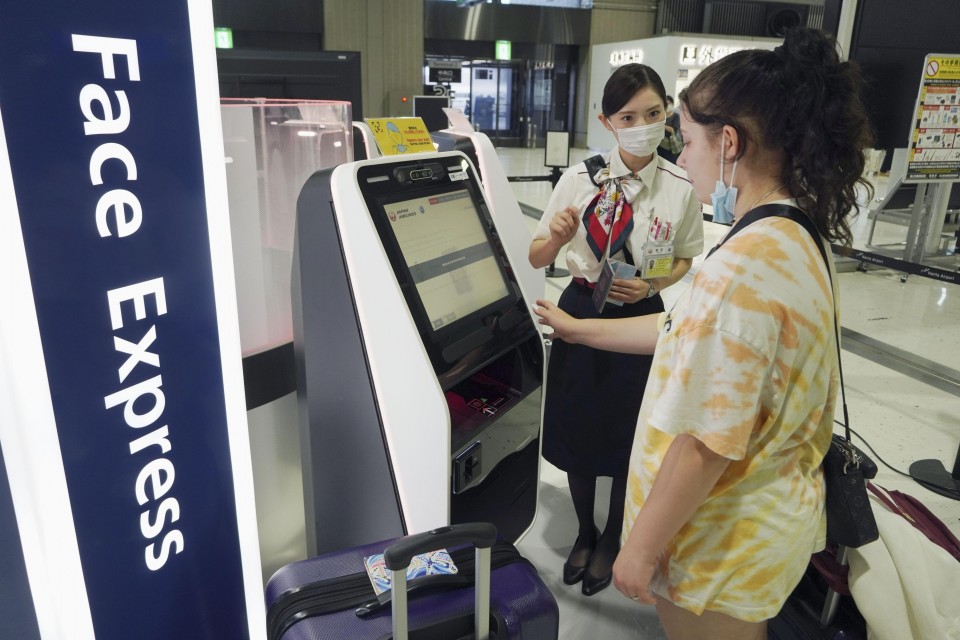 A traveler registers necessary data including her facial photo with a special terminal at check-in at Narita airport near Tokyo on July 19, 2021. (Kyodo)

"The procedure (for boarding) ended quickly and the gate opened smoothly," said company employee Susumu Hayakawa, 29, before traveling on a Japan Airlines flight to Chicago from Narita airport near Tokyo.

The system fully came into service after Narita airport started trialing the use of facial recognition in April, only involving airport staff and not actual travelers.

It will also lead to reduced physical contact between travelers, machines, and airport and flight staff, helping to prevent the spread of virus infections, the airport operator has said.

Passenger data, including facial images, will be deleted within 24 hours after registration to protect privacy.

The biometric ID processing is available on some flights of All Nippon Airways and Japan Airlines at Narita airport, east of Tokyo, and some Japan Airlines flights at Haneda airport in Tokyo for the time being, gradually expanding to other airlines.