Judoka Funa Tonaki fell to Distria Krasniqi of Kosovo in the women's under 48-kilogram final on Saturday, her silver the host nation's first medal at the Tokyo Olympics.

The 25-year-old Tonaki, who was making her Olympic debut after finishing runner-up at the 2019 world championships in Tokyo, lost by a waza-ari uchi-mata technique to Krasniqi, the 2019 world bronze medalist at 48 kg, at Nippon Budokan. 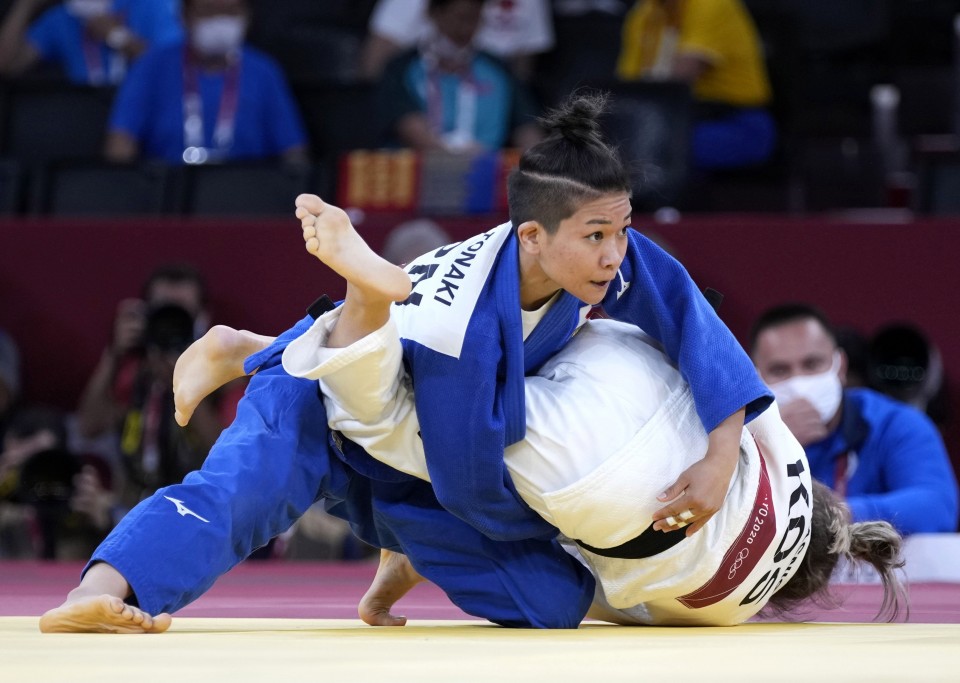 Japan's Funa Tonaki (top) falls to Distria Krasniqi of Kosovo in the women's under 48-kilogram final at the Tokyo Olympics on July 24, 2021. (Kyodo)

The 2017 world champion attacked at the outset against world No. 1 Krasniqi, who also sought to fight on the front foot.

With both judoka hunting for ippon in an aggressive contest, Krasniqi made the breakthrough in the final moments of regulation.

Tonaki advanced to the gold medal match after pinning Ukraine's Daria Bilodid in the semifinal for an ippon victory. The golden-score win avenged Tonaki's defeat to the Ukrainian in the 2019 world championship final in Tokyo.

Tonaki deployed a side arm bar to score an ippon against Rio de Janeiro Olympic gold medalist Paula Pareto in the quarterfinals.