Daiya Seto's downfall has been very much of the spectacular variety.

From Japan swimming's golden boy, captain of the national team and sure thing for medals -- probably gold -- at the Tokyo Games, to a sordid extramarital affair controversy, suspension by the Japan Swimming Federation and loss of various sponsorships. It has been a wild ride for the 27-year-old.

On Friday morning, his spiral took another twist when he finished fourth in the men's 200-meter individual medley, ending the only final he made in his three Tokyo Games events 0.05 of a second off a bronze medal.

He made the 200 butterfly semifinals and did not even get that far in his pet 400 IM.

The results were the culmination of a rough couple of years for Seto. 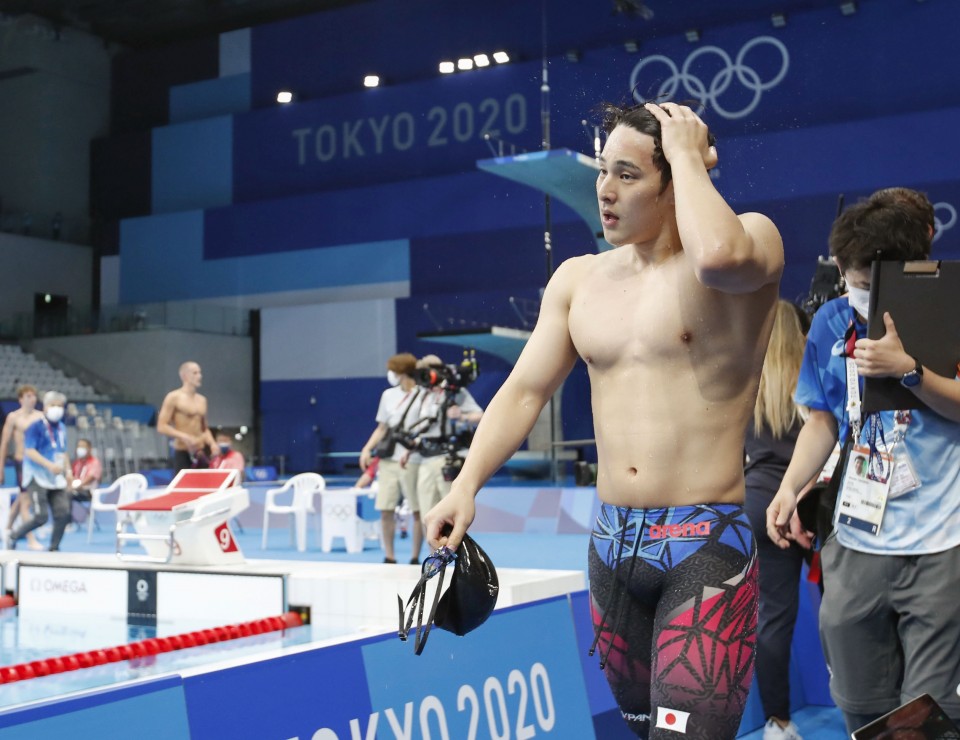 Six months after the announcement of the one-year postponement of the games, a gossip magazine reported that he was cheating on his wife, leaving the high-profile star a forlorn figure.

Seto stepped down Japan swim team captain, was barred from competing and taking part in official training until the end of 2020, and lost an image-rights agreement with the Japanese Olympic Committee and a sponsorship with All Nippon Airways Co.

"Things turned black" with the news of the games being pushed back, he recalled, even before the revelations of his affair served a fresh blow.

Finally, with the arrival of the Tokyo Games the expectation was that Seto would put the bad times behind him and let success in the Tokyo Aquatics Centre water give him a clean start.

His events ended in very similar fashion, though, a bemused-looking Seto making his way to the side of the pool to face the media and their main question: what happened?

"I was swimming the heat checking what I've been practicing, and I cannot believe it myself," said a shell-shocked Seto on Saturday after his 400 IM catastrophe. "The qualifying time was faster than I thought."

If, as he indicated, he was trying to learn a lesson from the Rio de Janeiro Olympics by pacing himself in the 400 IM heat, he showed on Tuesday that he might be a little slow on the uptake.

After his 200 butterfly flame out, he said there was a "tide working against me," something you are more likely to hear from an open water swimmer, but, assuming he was speaking figuratively, it indicated he felt his fate was out of his hands. 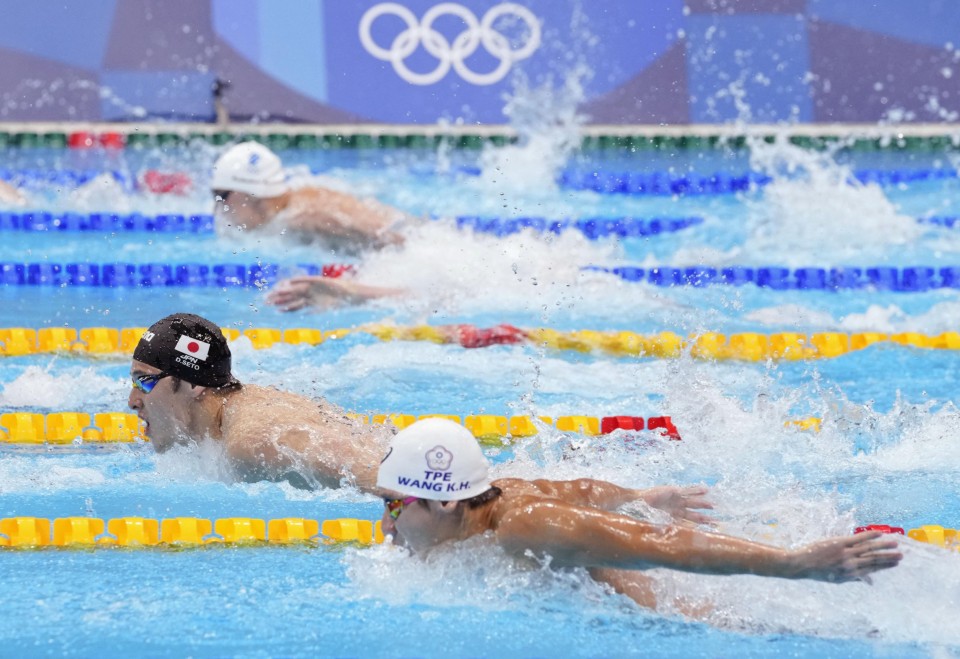 Japan's Daiya Seto (L) swims in a heat of the men's 200-meter butterfly at the Tokyo Olympics on July 26, 2021, at Tokyo Aquatics Centre. (Kyodo)(SELECTION) ==Kyodo

With, at most, three more races remaining in his games, Seto said on Tuesday he had to make each count, but when he finished fifth in his 200 IM heat and reached the semifinal as the slowest of 16 qualifiers, Japan began counting him out.

To show he still has it in him, he swam a 1-minute, 56.86-second time in the 200 IM semifinals, cutting a full 1.29 seconds off his first swim, to reach the final as the third-fastest qualifier and again give his supporters hope. But in the final he could not deliver.

Providing a perfect juxtaposition to Seto's trials and tribulations in the pool, another of Japan's medley swimmers, Yui Ohashi, was winning both 200 and 400 IM and becoming the first Japanese woman to win two gold medals at a single Summer Games.

Where Seto arrived as the reigning 200 and 400 IM world champion, Ohashi was significantly underrated, considered by very few a gold medal chance.

Ohashi also struggles with the spotlight, having said she is not comfortable as a high-profile figure, something Seto has never shied away from. She even struggles with the role of women's swimming team captain, a role similar to the one that Seto lost when revelations of his extramarital affair threw his life into chaos.

But Ohashi performed in the pool despite her demons, something Seto failed to do.