The Japanese government on Wednesday compiled a new cybersecurity strategy for the next three years stating for the first time suspected involvement of the Chinese and Russian governments in cyberattacks and calling for enhanced deterrence.

The strategy, to be formally endorsed by the Cabinet as early as September after soliciting public comments, said China is believed to be conducting cyberattacks to steal information from firms linked to the military and others with advanced technologies, while Russia is suspected of carrying them out with military and political purposes. 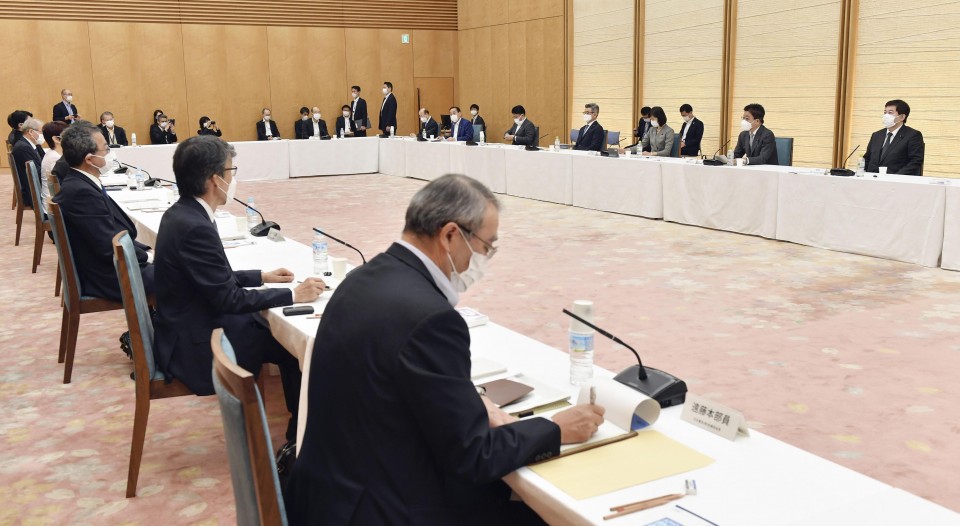 Members of a special task force on cybersecurity strategies hold a meeting at the prime minister's office in Tokyo on July 7, 2021. (Kyodo)

He also urged them to quickly respond when abnormal activities in cyberspace are detected during the Tokyo Olympic and Paralympic Games starting July 23.

Japan has had "bad relations with all its neighbors," Wang said, adding that it should "do more things that are conducive to gaining political mutual trust from such neighbors and maintaining regional peace and stability."

The strategy, which will replace the current one adopted in July 2018, calls for enhancing deterrence through the Japan-U.S. alliance by holding joint exercises of the Japanese Self-Defense Forces and U.S. forces.

It also seeks to support capacity building in the cybersecurity field in the Indo-Pacific region, including members of the Association of Southeast Asian Nations.

In terms of economic security, it urges securing the safety of key infrastructure for overseas communications, including submarine communication cables, and creating safety and credibility standards for information technology devices.