The U.S. government on Thursday backed Tokyo Olympic organizers' move to fire the show director for the opening ceremony over a past joke about the Holocaust, while expressing hope that the games starting Friday will be "safe and secure" amid the coronavirus pandemic.

"We certainly support that decision," Press Secretary Jen Psaki told a press conference, referring to the dismissal of former comedian Kentaro Kobayashi, the director of the creative team behind the games' opening and closing ceremonies. 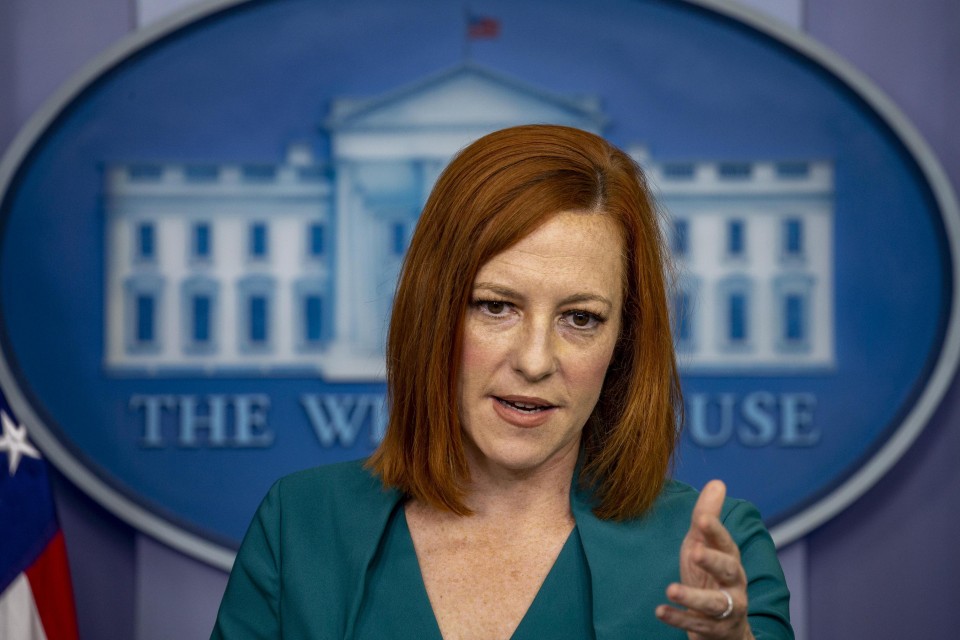 White House Press Secretary Jen Psaki speaks to reporters at the White House in Washington on May 25, 2021. (UPI/Kyodo)

Psaki added that the incident will not affect U.S. first lady Jill Biden's plan to attend the opening ceremony on Friday evening to support her country's athletes and represent the government at the highest level.

The wife of U.S. President Joe Biden is visiting the Japanese capital from Thursday.

U.S. Secretary of State Antony Blinken, meanwhile, held phone talks with his Japanese counterpart Toshimitsu Motegi on Thursday and conveyed "his wishes to Japan for a safe and secure Tokyo Olympic and Paralympic Games," according to the State Department.

Japan has pushed ahead with holding the global sporting event, already postponed by a year, under unprecedented restrictions due to the coronavirus pandemic. But the games preparations have been marred by a string of embarrassments including one that led to the resignation of a composer for the opening ceremony on Monday after it emerged he had bullied classmates with disabilities at school.

Kobayashi was ousted Thursday from the post of "show director" in charge of overseeing different segments of the ceremonies after a video clip from the 1990s resurfaced online, showing him in a comedy act that included the phrase, "Let's play the genocide of the Jews."

The news sparked condemnation including from the Simon Wiesenthal Center, a Jewish human rights organization headquartered in Los Angeles, which called Kobayashi's association with the Tokyo Olympics an "insult" to the memory of some 6 million Jews killed in the genocide carried out by Adolf Hitler's Nazi Germany during World War II.