Eighteen-year-old world No. 4 Tomokazu Harimoto is hoping to do what many would consider near impossible: end China's 13-year Olympic men's singles table tennis reign by claiming Japan's first gold in the sport.

In his Olympic debut, the naturalized Japanese athlete, born to Chinese parents who are both former pro table tennis players, hopes to do better than the men's bronze that Jun Mizutani won in Rio de Janeiro in 2016, Japan's first Olympic singles table tennis medal.

Later that year, Harimoto stunned the world by becoming the youngest ever world junior champion, claiming the title at just 13 years of age. 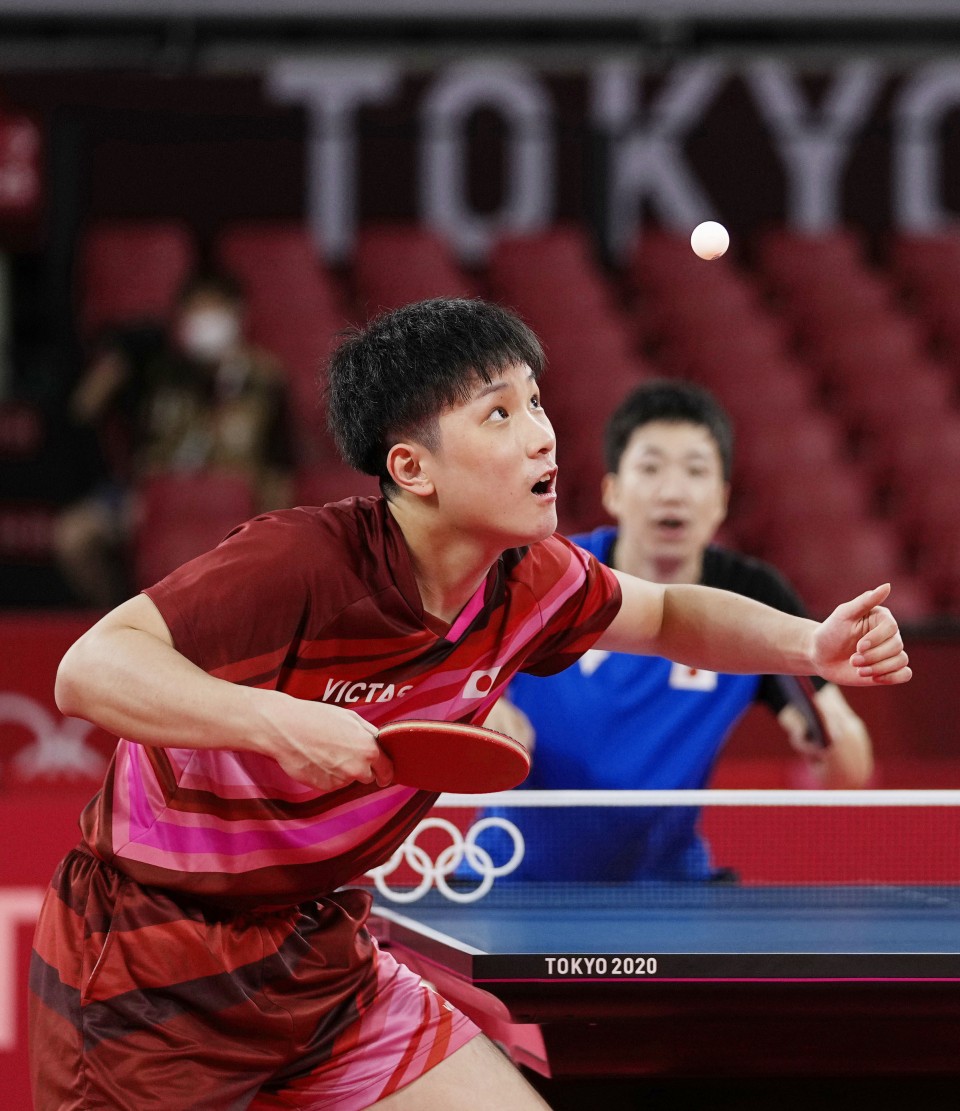 In 2017, he became the youngest ever winner of an ITTF World Tour men's singles title, winning the Czech Open title at the age of 14 years and 61 days. The following year he achieved a milestone victory at the 2018 World Tour Grand Finals.

Regarded as Japan's brightest young talent, Harimoto has made a major mark on the table tennis world at a very young age.

Conversely, at 32 years of age, Mizutani is an Olympic veteran, having played in three previous games. In Tokyo, he will not have a chance to defend his singles bronze as he is entered in the team event and is partnering another young Japanese star, Mima Ito, in mixed doubles.

"I'm going all out (to win gold) because I know this is my last Olympics. I'll leave with no regrets," Mizutani said.

Without similar experience to lean on, Harimoto took advantage of the one-year postponement of the Tokyo Games caused by the coronavirus pandemic and an eight-month hiatus from competition to ready himself to seize his golden opportunity.

Harimoto's focus is not just to be a threat to the Chinese, who have won 28 of 32 Olympic gold medals in table tennis since the sport was first introduced in 1988, but to help keep the "Recovery Olympics" message alive.

Born in 2003 in Sendai in the northeastern Japan prefecture of Miyagi, which was struck by a destructive earthquake and tsunami in 2011, Harimoto said he wants the Tokyo Olympics to be as much about recovery from that disaster as it will be about the world's battle to emerge from the coronavirus.

"As a native of Miyagi Prefecture, I want to emphasize the recovery narrative of the Olympics as well as the united fight against the pandemic. I will have these two things in mind when I take the court," Harimoto said.

"Ten years have passed but I still struggle to come to terms with the tragedy. When the coronavirus pandemic settles down, I hope people will visit Miyagi and the Tohoku regions to witness the rebuilding," he said.

Harimoto comes to Tokyo with no substitute for real competition in the build-up to the Olympics, but Japan table tennis technical director Yoshihito Miyazaki said the pandemic has disrupted the lives of all athletes and there could be a flip side.

"It is a setback but it also means the Chinese players haven't had the opportunity to get familiar with us. So it is an even playing field," Miyazaki said.

Ma, widely considered one of the best players of all time, is back to defend his title after finally winning his first singles gold in Brazil, with Fan Zhendong the other Chinese men's singles contender.

Harimoto was drawn on Fan's side of the bracket, so will have to get past the top-seed and fellow Olympic debutant if he wants a shot at gold.

Japan's other men's singles entrant, Koki Niwa, could have a semifinal date with Ma, but would have to get past German veteran Dimitrij Ovtcharov and Brazilian star Hugo Calderano first.