Tennis sensation Naomi Osaka lit the cauldron for the Tokyo Olympics on Friday, taking on the prestigious role in an opening ceremony held without spectators in the 68,000-capacity National Stadium.

Born in Japan to a Haitian father and a Japanese mother and raised in the United States, the 23-year-old has become a leading voice for racial and gender equality despite her reluctance to enter the spotlight. 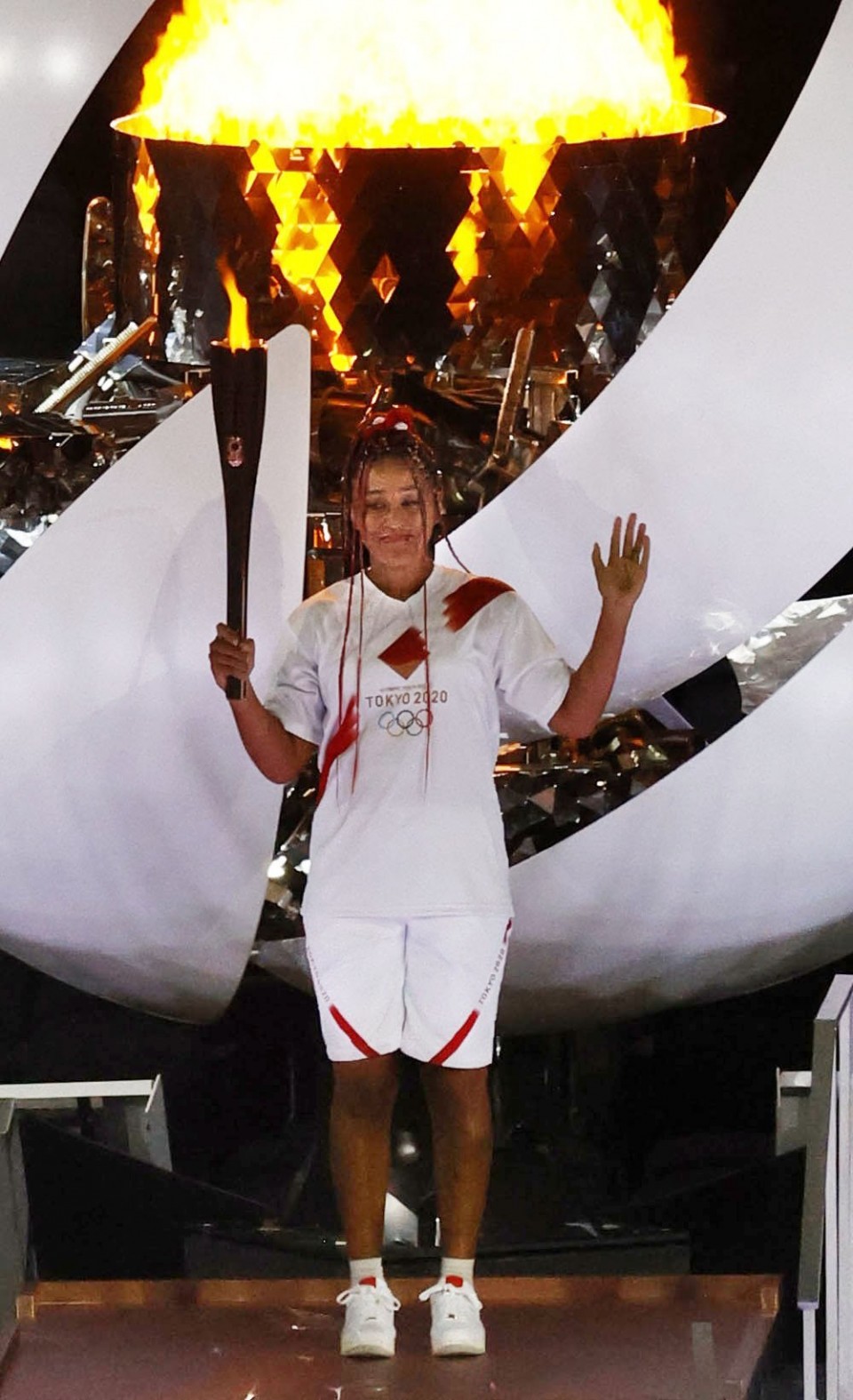 Tennis player Naomi Osaka is pictured with the Olympic torch after lighting the cauldron during the opening ceremony of the Tokyo Olympics at the National Stadium in Tokyo on July 23, 2021. (Kyodo) ==Kyodo

The torch passed from a trio of Japanese baseball legends to a doctor and nurse to a Paralympic athlete and a group of children from an area in northeastern Japan devastated by a massive earthquake and tsunami in 2011 before finally reaching Osaka, who climbed a set of stairs to light a cauldron in the shape of the sun atop Mt. Fuji.

Speculation had been rife over who had been chosen for the symbolic job of closing out the 121-day, 2,000-kilometer torch relay that was partly taken off public roads due to COVID-19 concerns.

Past final torchbearers include Yoshinori Sakai, who was born on the day of the atomic bombing of Hiroshima, for the 1964 Tokyo Olympics, boxing great Muhammad Ali at the 1996 Atlanta Olympics, and a group of teenage athletes at the 2012 London Olympics.

Osaka's presence at the Tokyo Olympics provides some much-needed positivity for the host nation, her profile and purpose -- on and off the court -- a much-needed tonic for a games struggling to win public support.

Her seemingly reluctant embrace of the stardom that has come with her rise to the top of tennis has afforded her an authenticity that has made her a marketer's dream and wildly popular in the country of her birth.

The conversation she has sparked by revealing her very public struggles with anxiety has only endeared her to fans worldwide, and it is something she seems keen to repay.

"It makes me emotional to know I have the opportunity to make an entire generation inspired and an entire country proud" by winning an Olympic gold medal, she told Business Insider recently. 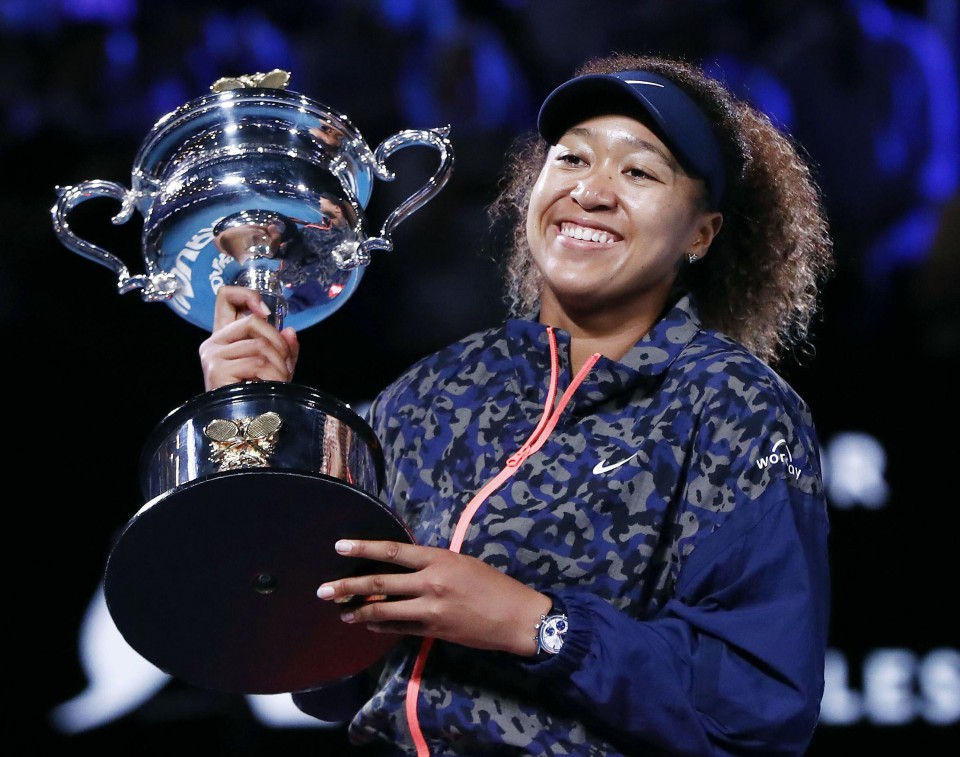 File photo shows Naomi Osaka of Japan posing with the Daphne Akhurst Memorial Cup after winning her Women’s Singles Final match against Jennifer Brady of the United States during day 13 of the 2021 Australian Open at Melbourne Park on Feb. 20, 2021 in Melbourne, Australia. (Getty/Kyodo)

Olympic tennis will be held from Saturday to Aug. 1 at Ariake Tennis Park in Tokyo. The tournament will be played on hard courts, a positive for Osaka's title hopes as she has won all seven of her WTA singles titles, including four grand slams, on the surface.

In May, when Japan was experiencing one of its worst periods for infection numbers during the pandemic, Osaka said she was still "not really sure" the postponed games should go ahead. She confirmed at the time she had undergone vaccination.

Osaka may be among the gold medal favorites but she knows the dangers that come with winning "at any cost" and has made a point that she will make self-care and mental health a priority.

Osaka has been taking time away from the court since withdrawing from the French Open on May 31 citing a struggle with depression and anxiety, then opting to skip Wimbledon just a few weeks later.

She was fined $15,000 for refusing to speak with the press at the French Open, but she told NHK earlier this month she would take part in press conferences at the games -- on her terms.

The Japanese Olympic Committee confirmed that athletes will not be penalized for opting out of press conferences.

She is currently ranked No. 2 in the world, down from No. 1 in 2019, and she is the world's highest-earning female athlete.

Osaka, who has some 2.5 million followers on Instagram, has not only worked on her game, but also on finding her voice. She said she uses tennis as a means of highlighting injustice, and her platform in sports to express what she believes is important.

Osaka has expressed her excitement to play in front of her home fans for the Tokyo Olympics after skipping major tournaments to "take some personal time with friends and family," according to her agent.

Her withdrawal was a loss for Wimbledon, but a gain for Olympic organizers who are craving positive media coverage as the games, being held under yet another state of emergency, lurch from one crisis to the next.