About 50 Japanese expatriates and family members were repatriated Wednesday from Indonesia on a chartered plane following a surge of infections with the highly contagious Delta variant of the coronavirus in the Southeast Asian country.

The All Nippon Airways aircraft, chartered by major general contractor Shimizu Corp., departed Jakarta's international airport in the morning and arrived at Narita airport near Tokyo later in the day. 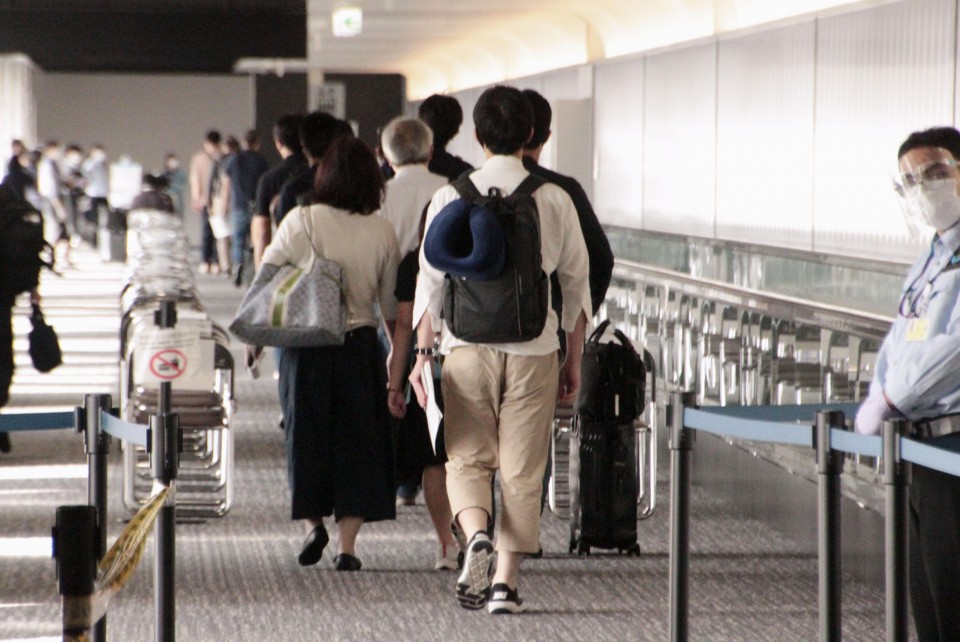 Expatriates of Shimizu Corp. and their family members arrive at Narita airport near Tokyo on July 14, 2021, on a plane from Indonesia chartered by the major Japanese general contractor amid a surge of highly contagious Delta coronavirus variant cases in the Southeast Asian country. (Kyodo) ==Kyodo

According to the Japanese Embassy in Jakarta, at least 330 Japanese nationals in Indonesia have contracted the virus as of Wednesday, of which 14 have died.

Indonesia reported its highest daily number of new coronavirus infections Wednesday, with the total reaching 54,517, as the highly contagious Delta variant sweeps across the sprawling archipelago.

Shimizu decided to bring back its Japanese employees and their family members as Indonesia is experiencing a shortage of hospital beds and medical-use oxygen amid the surge.

The company plans to provide a COVID-19 vaccine to those who want one once they are back in Japan. Its remaining personnel are also due to return to the country.