Parties to a U.N. treaty prohibiting nuclear weapons are expected to discuss a deadline for complete nuclear disarmament, starting with a 10-year period at their first meeting set to be held next January, the conference's president-designate said.

Alexander Kmentt, director of the department for disarmament issues in the Austrian Foreign Ministry, told Kyodo News in an interview Monday that the deadline to be discussed as part of the Treaty on the Prohibition of Nuclear Weapons aims to stop nuclear-armed states from expanding their stockpiles, and strengthen pressure from the international community. 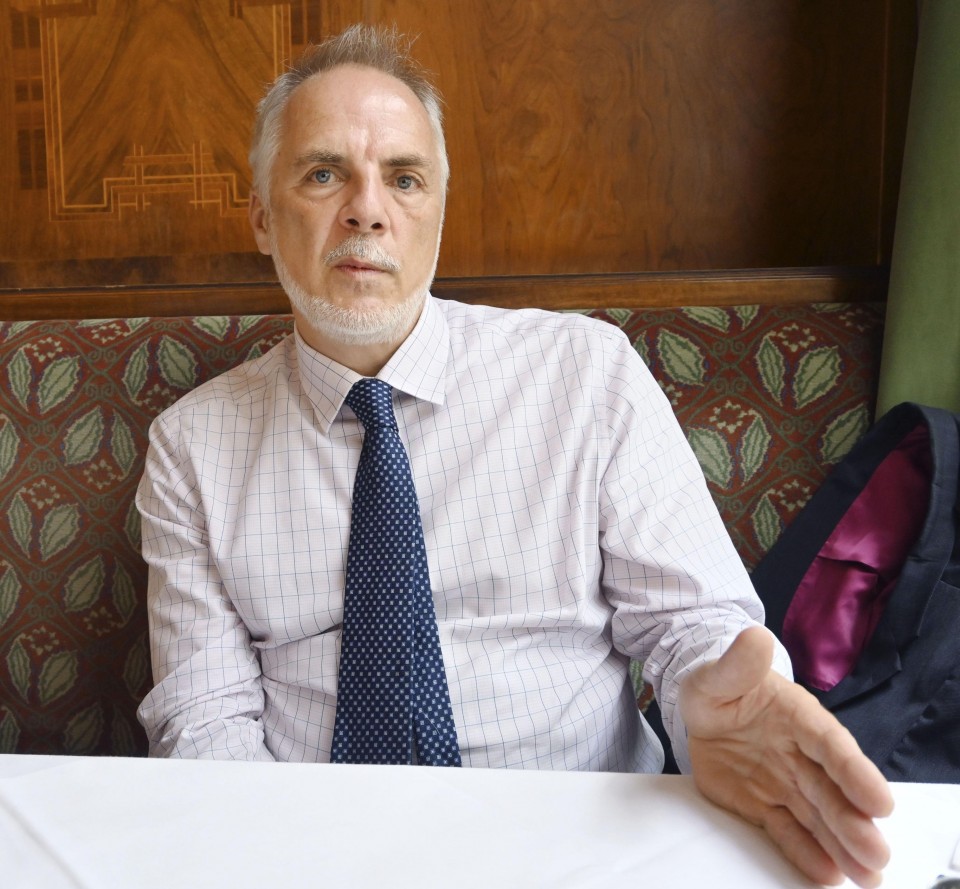 Alexander Kmentt, president-designate of the first meeting of parties to the U.N. Treaty on the Prohibition of Nuclear Weapons, speaks to Kyodo News in Vienna, Austria, on July 5, 2021. (Kyodo)

The treaty, the first international pact outlawing the development, testing, possession and use of nuclear weapons, came into effect in January this year with the support of many non-nuclear states.

But the United States, Russia and other nuclear-armed states have declined to sign the pact and are not expected to participate in the first meeting next year.

"We will be looking for a timeline, a deadline that is long enough to allow states, should they join in the future, to realistically eliminate their nuclear weapons even if they have a large arsenal," said Kmentt, adding that states could possibly ask for an extension if "exceptional circumstances" or technical issues arise.

The United States and Russia, which possess around 5,550 and 6,255 nuclear warheads, respectively, account for around 90 percent of the world's nuclear weapons stockpiles.

Recognizing the efforts that the two countries have already made to reduce their arsenals, Kmentt said that while total disarmament itself is possible in 10 years, verification would take more time.

The treaty stipulates that an international authority or authorities should be established to verify countries have eliminated their nuclear weapons. When asked whether the International Atomic Energy Agency could play a role, Kmentt said it is "too early to talk about who...should."

He stressed that a decision need not be made at the first meeting, which will prioritize discussions on "rules of procedure."

With measures to support victims of nuclear weapons also among the important agenda items, Kmentt, expressing hope that Japan would join as an observer, said, "I would find it regrettable if we have a very strong focus on victim assistance and the government of Japan would not take part in this discussion."

Japan, the only country to have experienced nuclear attacks, has not joined the treaty, apparently in light of its security alliance with the United States that provides nuclear deterrence against potential adversaries.

"I think that I can say with a high degree of certainty that states parties will want to be very welcoming to the hibakusha and of course to the mayors (of Hiroshima and Nagasaki) as well," Kmentt said, referring to the survivors of the wartime U.S. atomic bombings of the two cities.

Austria spearheaded the efforts that led to the adoption of the treaty in 2017 with the support of 122 countries and regions. The first meeting, which must be held within one year of the treaty coming into force, is currently scheduled for January in Vienna.

But there is a chance it may be rescheduled to avoid clashing with the review conference on the Nuclear Non-Proliferation Treaty, the dates of which remain undecided having been pushed back multiple times from April last year due to the coronavirus pandemic.