World No. 2 Naomi Osaka's opening match in the Tokyo Olympic tennis tournament has been pushed back one day to Sunday, an International Tennis Federation official told Kyodo News.

The federation official confirmed on Friday Osaka's women's singles match against 52nd-ranked Zheng Saisai of China, originally slated for center court on Saturday, was rescheduled, but did not provide a reason.

The 23-year-old winner of four Grand Slams is representing Japan in her Olympic debut. She is returning to competition after she withdrew from the French Open in late May to take a mental health break and then skipped Wimbledon in June and July. 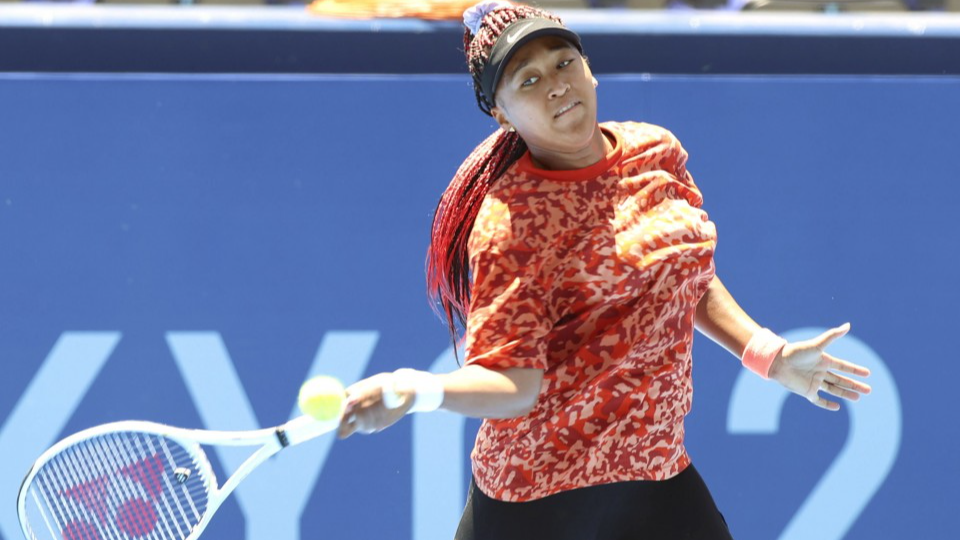 Naomi Osaka practices at Ariake Tennis Park in Tokyo on July 19, 2021, ahead of the Tokyo Olympics starting later in the week. (Kyodo) ==Kyodo