Much like their opening game defeat to Spain, Japan were unable to take advantage of a strong showing from the Washington Wizards forward, with a fourth-quarter scoring drought leaving them with a deficit as large as 38 points at one stage. 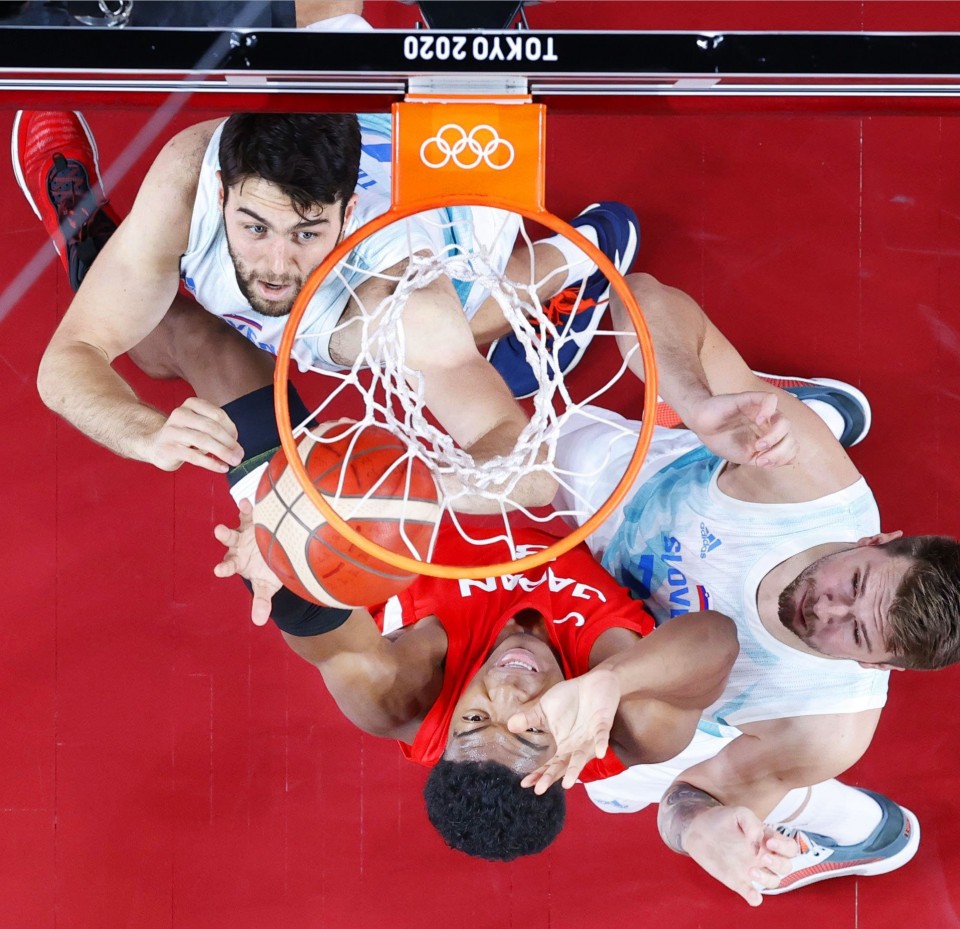 Rui Hachimura (red) reaches for the ball during the first quarter of Japan's preliminary-round game against Slovenia in the Tokyo Olympic men's basketball on July 29, 2021, at Saitama Super Arena near Tokyo. (Kyodo) ==Kyodo

Hachimura led all scorers at Saitama Super Arena with 34 points. Japan's other NBA player, Yuta Watanabe, chipped in 17, but apart from a 10-point second and third quarter flurry from bench weapon Makoto Hiejima, Japan got little other offensive production.

"It was a tough game. We had to start this game with a good energy. I think we did a good job on that part but the second half we were a little bit tired. They're a better team," said the 23-year-old Hachimura.

"Our weakness has been transition defense. We've just got to fix that, we're just not communicating well. That's our next step."

Doncic put up 48 points in his Olympic debut on Monday -- the second-highest single-game total ever at the Olympics -- and against Japan shot 8-for-15 from the floor for his 25 points while distributing seven assists and snagging seven rebounds in almost 26 minutes.

"Doncic is one of the best four or five players in the world right now, even in the NBA," Japan head coach Julio Lamas said. "Some other NBA players feel uncomfortable sometimes in (international basketball). He is not."

Zoran Dragic, brother to NBA veteran Goran, provided support with 24 points as the Slovenes improved to two wins from two in their nation's Olympic debut.

Japan's hopes of reaching the quarterfinals hang in the balance. They need to finish in the top two of Group C, an unlikely outcome, or be one of the best two third-ranked teams.

They face a veteran Argentina team in their final group game on Sunday and will need to win to have any hope of qualifying. 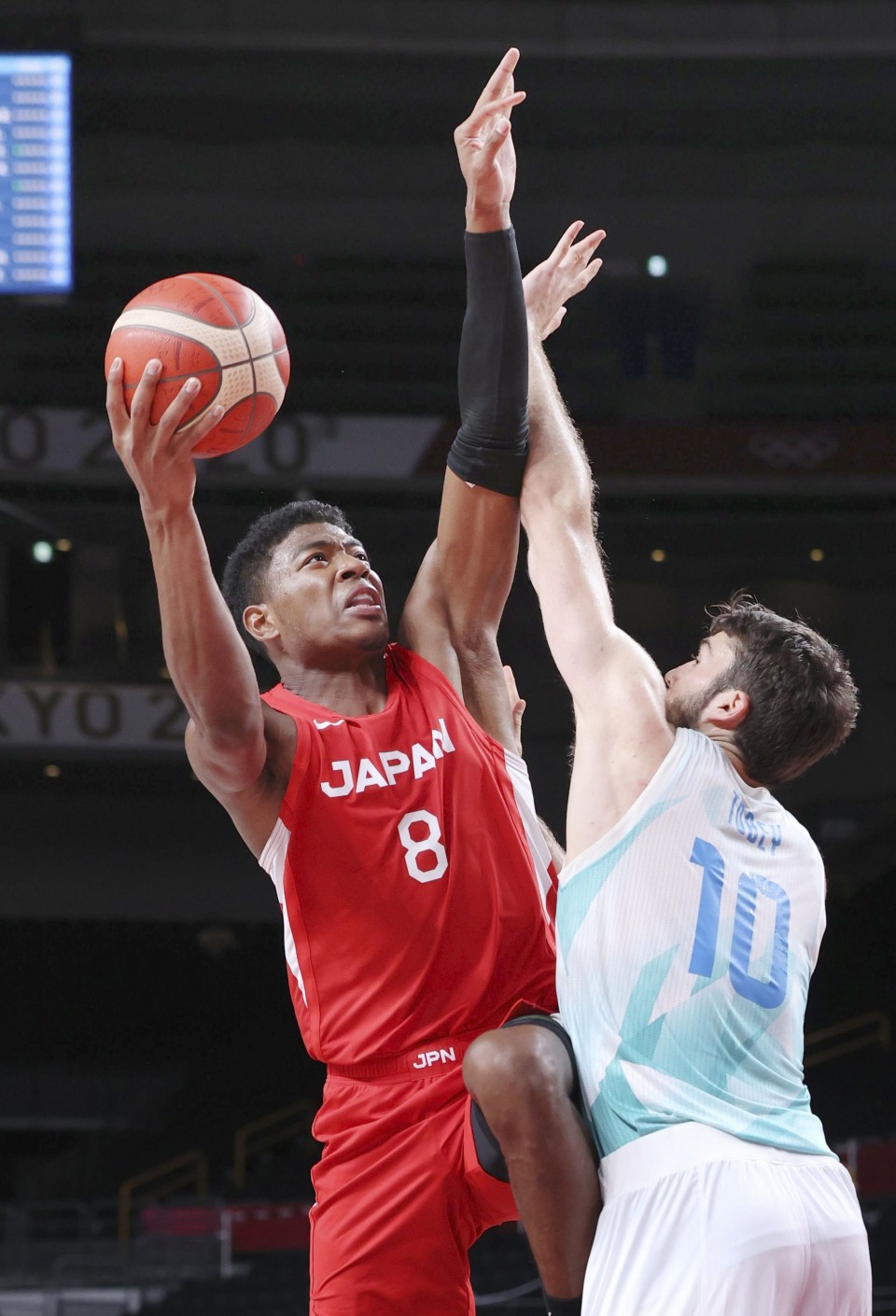 Japan's Rui Hachimura (L) shoots over Slovenia's Mike Tobey during the first quarter of their basketball preliminary-round game of the Tokyo Olympics on July 29, 2021, at Saitama Super Arena near Tokyo. (Kyodo)==Kyodo