Kazuhiko Futagawa is one of the youngest survivors of the U.S. atomic bombing of Hiroshima in 1945. That's because he was still in his mother's womb at the time, eight months shy of being born.

Now 75, Futagawa is eager to share his experiences as an "in-utero" hibakusha in both English and Japanese, conveying the suffering of his late mother who lost her husband and one of her children in the blast, as well as the prejudice that victims of the catastrophe have sometimes met. 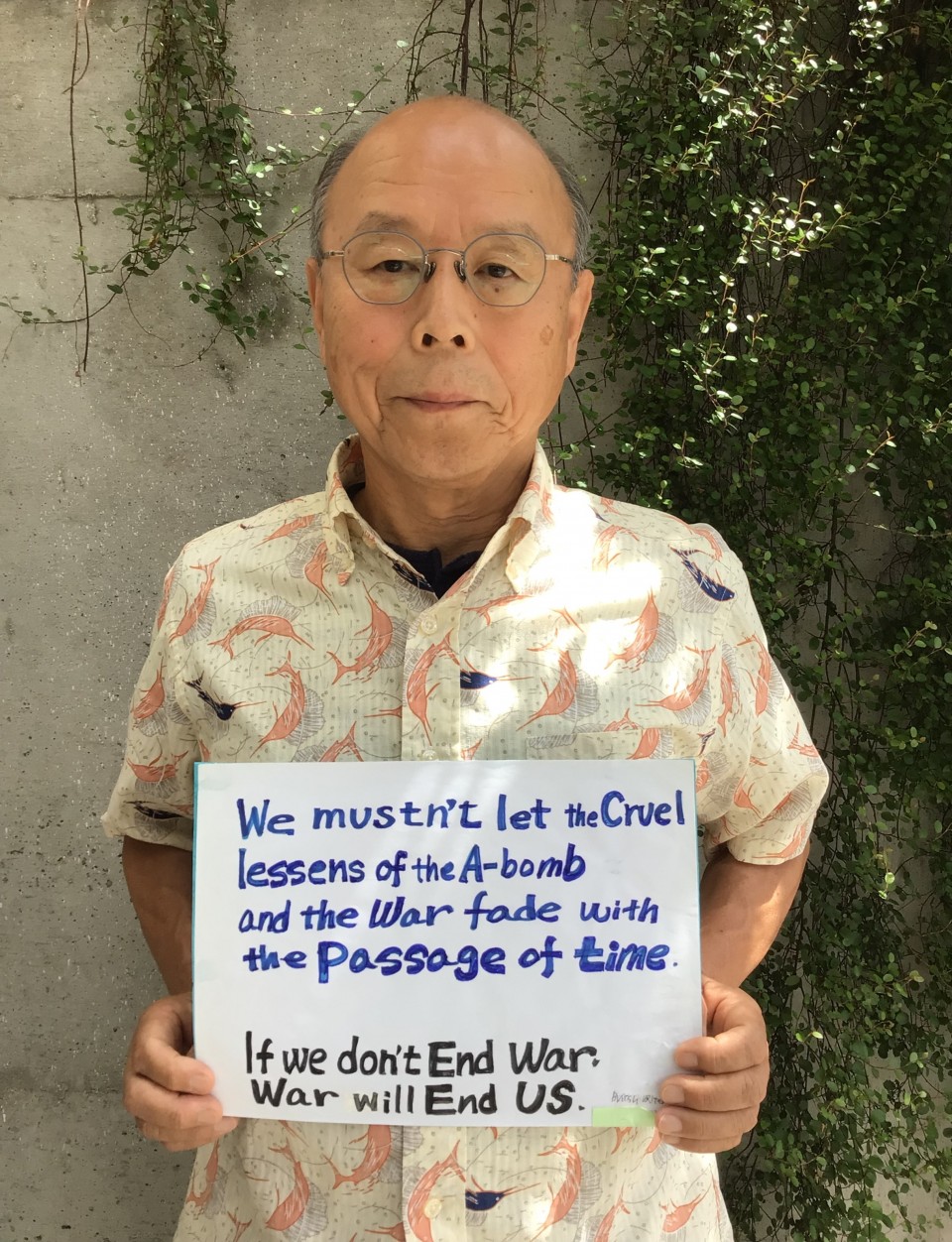 Born after World War II on April 1, 1946, to join four other siblings who survived the blast, Futagawa did not directly experience the events of that fateful Aug. 6 day. As such, his story is based on what he heard from his aunt and other relatives.

Futagawa never knew his father, a 47-year-old postmaster at a local post office, or his 13-year-old eldest sister Sachiko, who was engaged in work assigned by the government near where the bomb fell.

Their bodies were never found after the blast, though Futagawa's mother desperately searched for them until the end of August.

"My mother never said a word about my father or eldest sister" until her death at the age of 87 in 2000, he said.

Futagawa's siblings, who ranged from ages 3 to 12 at the time of the blast, also never wanted to talk about that day, claiming that they did not remember. His two older brothers subsequently died of cancers that Futagawa believes were linked to the atomic bomb.

In July 2014, Futagawa experienced a turning point when one of his sisters found a small uniform wrapped in a white paper in their mother's chest of drawers. It was a spare school blouse belonging to Sachiko. 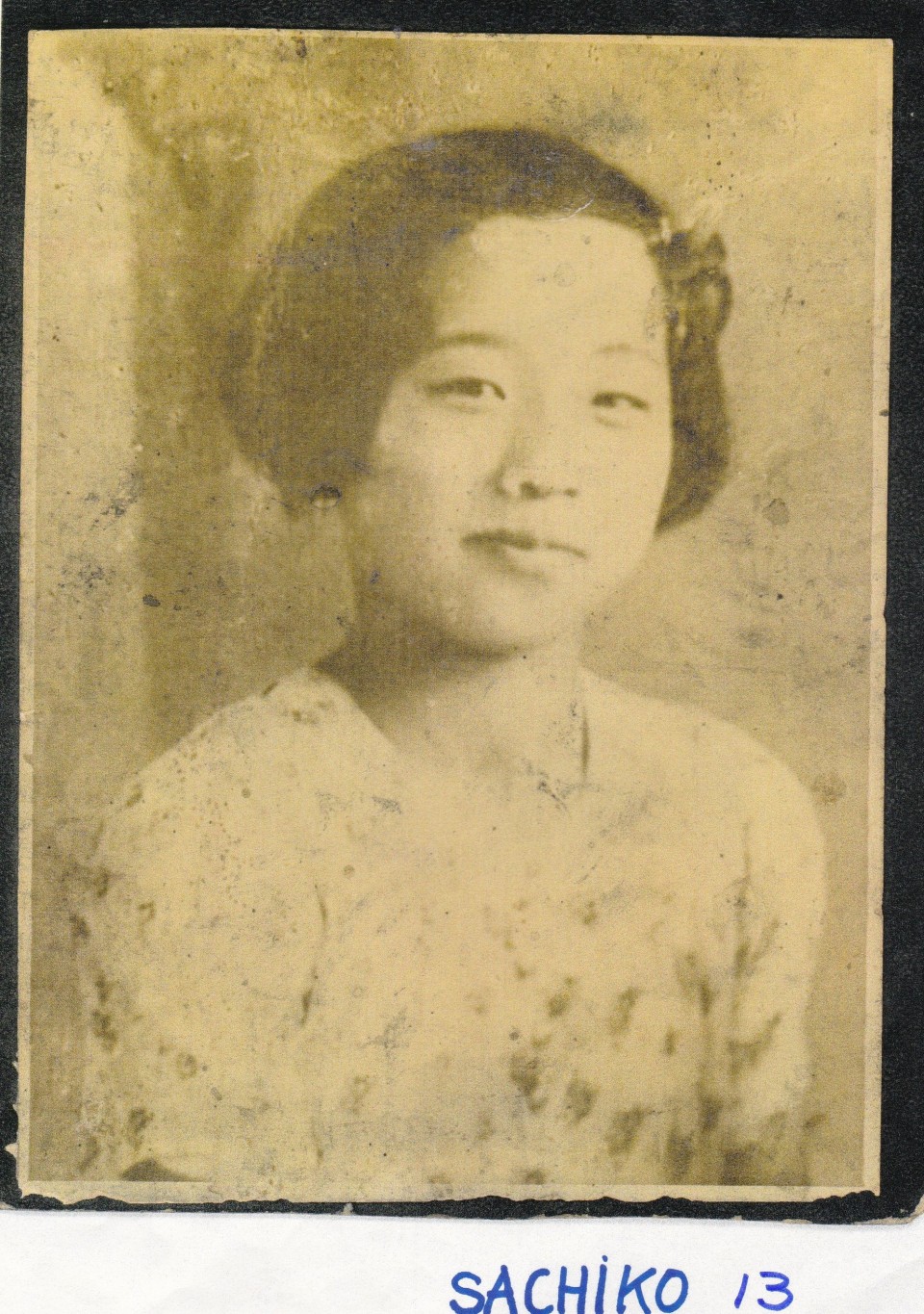 "I was shocked, and tears just started flowing. We had lived together with this blouse for the past 70 or so years, but my mother never said a word about it," Futagawa said, realizing that their mother must have treasured it as the only thing left of her eldest daughter.

The blouse, which came to serve as a symbol of the human suffering the atomic bomb brought upon his family, also became a strong catalyst for Futagawa to start sharing his story from 2015.

Around 6,800 in-utero survivors, including Futagawa, held an atomic bomb survivor's health book as of March 2021.

But Futagawa did not come to possess a health book, which entitles the holder to free lifetime medical care, until much later in life. His mother had never applied on behalf of her children out of fear they would be discriminated against as atomic bomb victims.

Growing up in Hiroshima without health problems, Futagawa said he was mostly spared from any discrimination, even when he went to study at a university in Tokyo for four years. 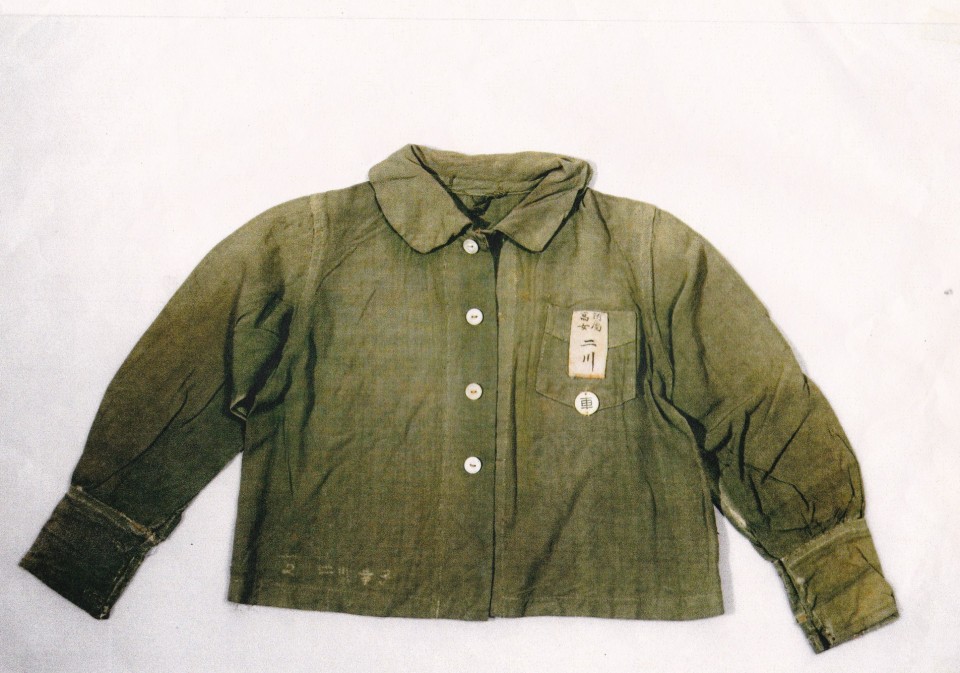 Photo shows a spare uniform of Sachiko's that was found in their mother's chest of drawers after her death. (Photo courtesy of Kazuhiko Futagawa)(Kyodo)

But after graduating and returning to Hiroshima, he received a call one day from a former classmate in Tokyo asking if it was okay for her to marry her fiance, who was also a hibakusha from Hiroshima like himself.

"I was shocked at first," Futagawa recalled. "But it made me realize that people from outside Hiroshima saw hibakusha with some fear."

Futagawa said the prejudice he often feels when sharing his story with Japanese people motivated him to focus on giving his testimony in English to foreign visitors to Japan instead.

According to Futagawa, Japanese listeners tell him, "You have too strong a victim mentality," or "you can get free medical care for life so isn't that good?"

"When they say such things, I don't know how to reply," he said.

Futagawa's journey as an atomic bomb storyteller began in 2015, when he was asked to present his testimony in English to foreign visitors on the 70th anniversary of the Hiroshima bombing.

He had already been volunteering with a nonprofit organization known as Hiroshima Interpreters for Peace at that time.

"There's no (prejudice) when I speak to foreigners. I can express my feelings honestly," he said.

Futagawa, who serves as the representative of a national group of in-utero hibakusha established in 2014, has also been a regular speaker at Social Book Cafe Hachidori-sha in Hiroshima since its opening in 2017.

The cafe holds casual talks in-person and online with hibakusha on the 6th, 16th and 26th of every month, with English support also provided for international visitors if necessary.

Joy Jarman-Walsh, a long-time American resident of Japan and the co-founder of GetHiroshima -- a regional website connecting international residents and visitors to the local community -- said that hearing Futagawa tell his story at Hachidori-sha in 2019 was "a valuable opportunity I will never forget."

"Futagawa-san has always been so brave in talking about his experiences and family history but even now his family is worried about the reaction of others when their children or even grandchildren want to get married or find a job," she said.

Though Futagawa was born healthy and remains healthy to this day, some in-utero hibakusha were born with microcephaly, a birth defect where a baby's head is smaller than normal, and other abnormalities.

"In addition to sharing my family's story, I want to pass onto younger generations a message of peace, as well as the reality and damage of the atomic bombing," said Futagawa. "We mustn't let the cruel lessons of the A-bomb and the war fade with the passage of time."