A Tokyo-based medical venture has introduced a smartphone app feature enabling users to keep records of their COVID-19 vaccinations as many companies and universities have started administering doses to curb infections.

The new feature has been added to MinaCare Co.'s free vaccine and health monitoring app as it may become difficult for individuals to keep track of their inoculation history, especially when they receive shots at workplaces and schools without vaccination tickets issued by municipalities. 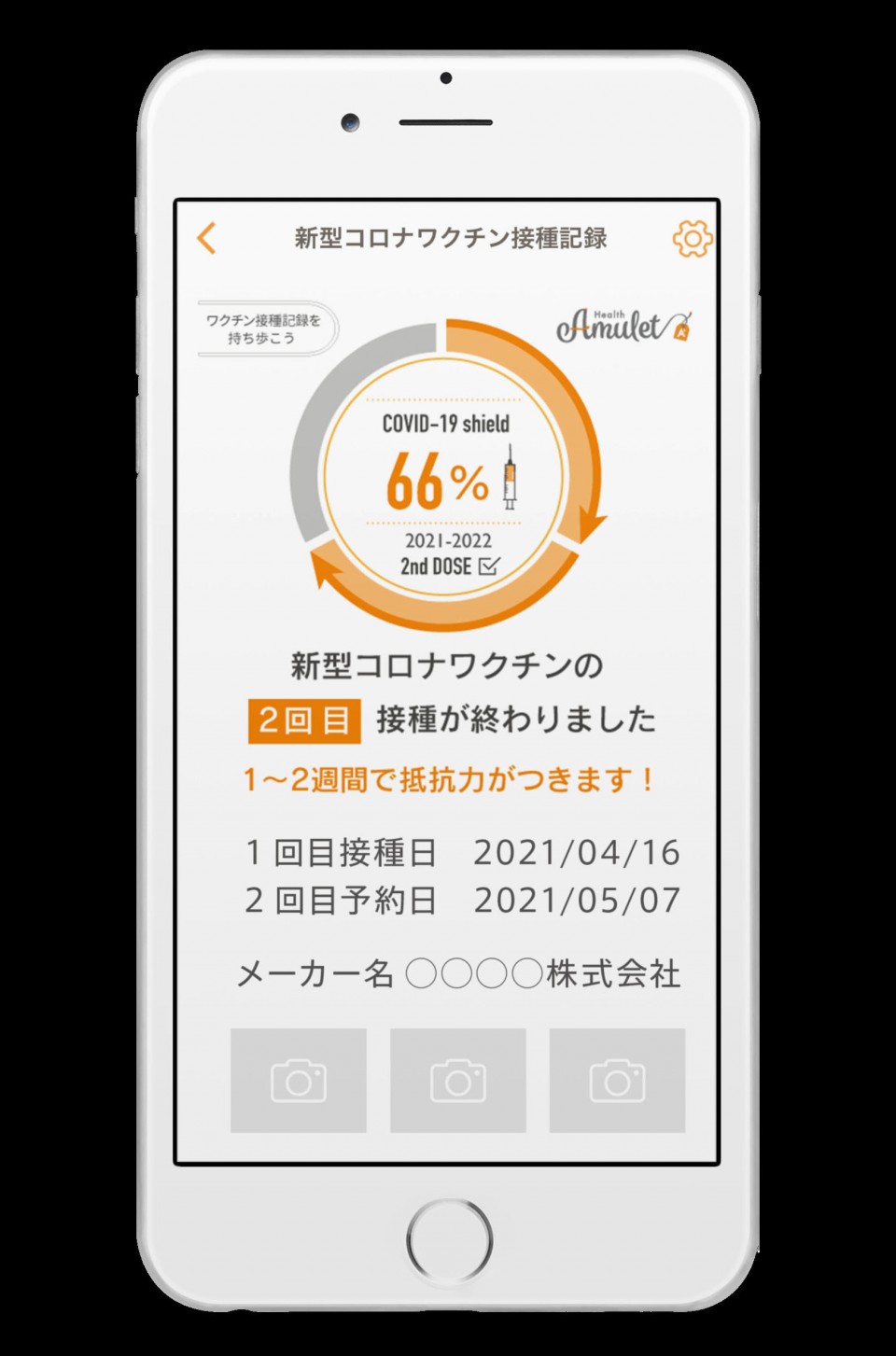 The Health Amulet app can automatically record the names of vaccine developers and manufacturers, while allowing users to insert information such as vaccine lot numbers, and their past and scheduled dates of inoculation.

The Japanese company has tied up with U.S. pharmaceutical giant Pfizer Inc., enabling the app to provide the latest information about its vaccine.

MinaCare is also considering including the official certificates to be issued by municipalities as early as this month that will be used as so-called vaccine passports, it said.

Apart from COVID-19, users can store information about other vaccinations such as influenza shots.

MinaCare President Yuji Yamamoto, who is also a doctor, said, "It is important for everyone to keep a record of when they received a shot" of COVID-19 vaccine, as how long the vaccines will remain effective is unclear and it may become necessary to get shots on a regular basis.

"As some aspects of the vaccines are unknown as they have been developed with new technology, I want people to utilize the app to protect themselves for a long period of time," Yamamoto added.

So far, more than 40 organizations including companies and municipalities have agreed to introduce the app to staff and residents. They include Japan Airlines Co., the health insurance association of Seven & i Holdings Co. and the city of Fukuoka.

MinaCare has also tied up with Gurunavi Inc., which operates an online restaurant guide, to encourage employees of eateries to use the app.