U.S. health authorities said Tuesday that they will now ask people to wear masks indoors in parts of the country where coronavirus cases are surging even if vaccinated, citing concerns over the highly contagious Delta variant.

The move marked a reversal from guidelines issued by the Centers for Disease Control and Prevention in May, which said people who have been fully vaccinated no longer needed to wear a mask or physically distance in most cases. 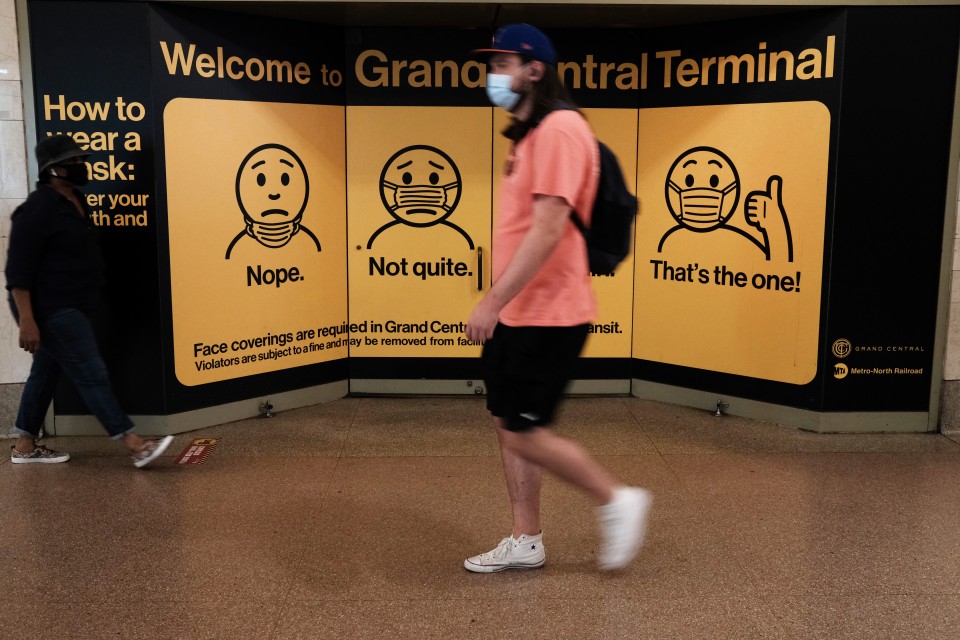 "This was not a decision that was taken lightly," CDC Director Rochelle Walensky told a teleconference, as she explained the updated guidance calling for vaccinated people in areas "with substantial and high transmission" to wear masks in public indoor settings.

The announcement led the White House to re-impose a mask requirement for its staffs for all indoor spaces on the premises.

She attributed the turnaround in the mask guidance to "new science" related to the Delta variant of the coronavirus, which was first detected in India and remains the predominant variant circulating in the United States.

"In recent days, I have seen new scientific data from recent outbreak investigations showing that the Delta variant behaves uniquely differently from past strains of the virus that caused COVID-19," Walensky said, adding, "In rare occasions, some vaccinated people infected with a Delta variant after vaccination may be contagious and spread the virus to others."

Walensky said vaccines continue to do an "exceptional job" in protecting individuals from severe illness, hospitalization and death, but "the big concern is...the next variant that might emerge."

The novel coronavirus is "just a few mutations potentially away" from becoming able to evade the vaccines, she warned.

According to the CDC website, higher levels of community transmission are currently seen in many areas in the southern and western states.

When the country marked its Independence Day in early July, President Joe Biden declared that the United States was getting "closer than ever" to overcoming the pandemic on the back of the administration's mass vaccination campaign.

But his administration fell short of its goal to have 70 percent of adults inoculated with at least one shot by July 4. The figure stood at 69.1 percent as of Tuesday, according to the CDC.