The torch relay of the Tokyo Olympics quietly concluded its journey through the Japanese capital Friday hours ahead of the opening ceremony, having spent most of the 15-day final leg of its nationwide tour off roads and away from the public due to a surge in coronavirus infections.

Tokyo Gov. Yuriko Koike attended a small-scale ceremony to mark the arrival of the Olympic flame before it later travels to the National Stadium where the games will be declared open in the evening, without spectators and with only limited attendance by VIPs and guests. 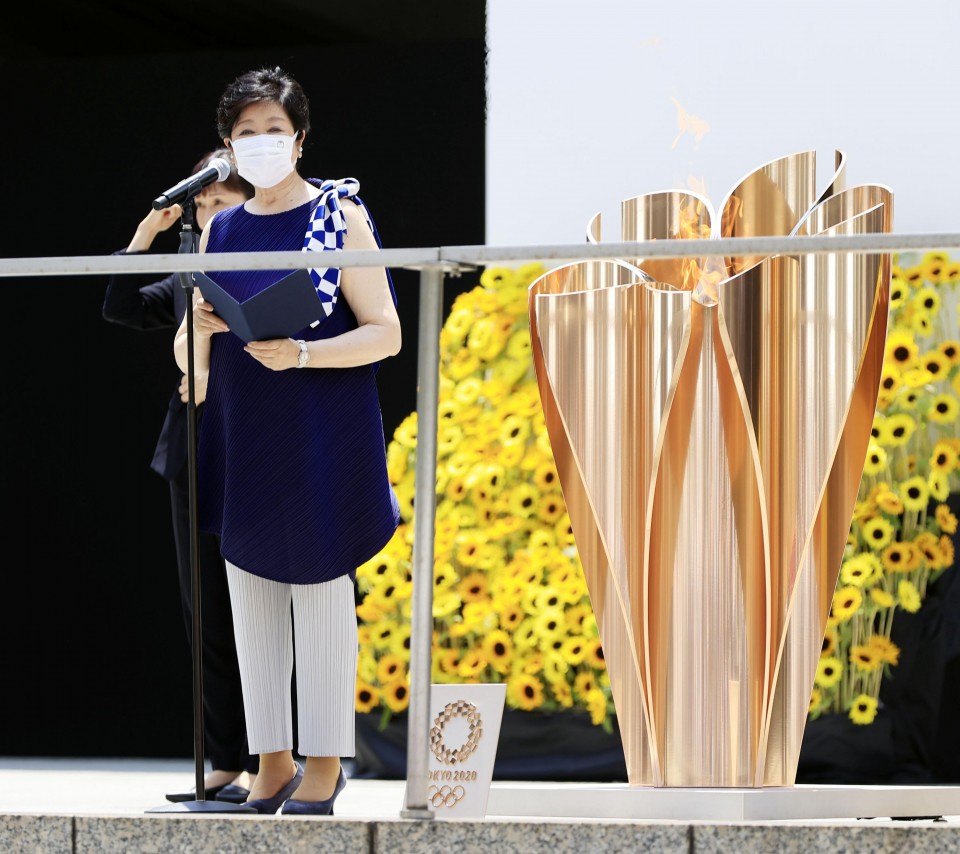 The flame, which was carried by about 10,000 people nationwide since the relay started in late March, will light the cauldron during the opening ceremony.

"We would like to enforce strict anti-COVID-19 measures and stage a games that allow athletes from around the world to demonstrate wonderful athletic feats," Koike said at the ceremony held in front of the Tokyo metropolitan government building, about three kilometers from the stadium.

Japanese Olympic Committee chief Yasuhiro Yamashita was among the torchbearers who passed the flame at the site, and kabuki actor Nakamura Kankuro served as the last torchbearer of the final leg. 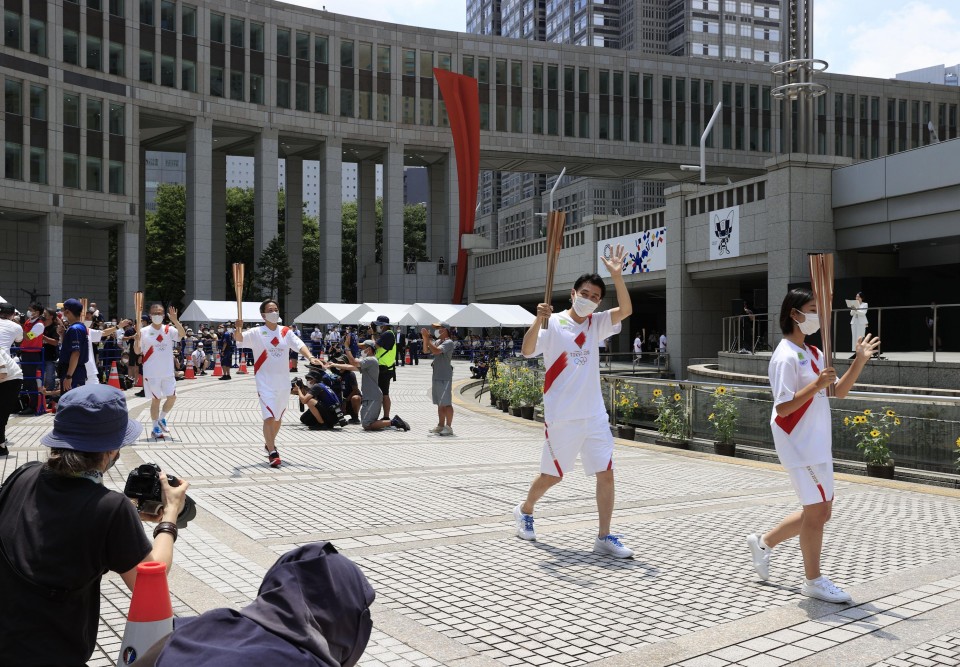 Tokyo Olympic torch relay participants prepare to attend the Olympic flame arrival ceremony in the Japanese capital on July 23, 2021, ahead of the opening ceremony of the Summer Games. (Kyodo) ==Kyodo

Although the 121-day nationwide torch relay was aimed at building excitement ahead of the Olympics following a one-year postponement due to the pandemic, segments were taken off public roads in municipalities in 20 of the country's 47 prefectures.

The Japan leg of the relay started in the northeastern prefecture of Fukushima and featured torchbearers between the ages of 12 and 109.

The Olympic flame was lit in Greece at a ceremony in March last year without spectators, but the Greek leg of the relay was canceled after it had started due to concerns over the virus.

The flame arrived in Japan on March 20, 2020, just four days before the Tokyo Games were pushed back.