Health experts warned Wednesday of a possible "critical" coronavirus situation in Tokyo, estimating that daily infections in the capital could hit a record of around 2,600 in early August during the Olympics.

The metropolitan government reported 1,832 new COVID-19 cases the same day, the highest since mid-January, as public concern remains high that the Olympics could become a superspreader event with particular concern about the transmission of the highly contagious Delta variant of the virus. 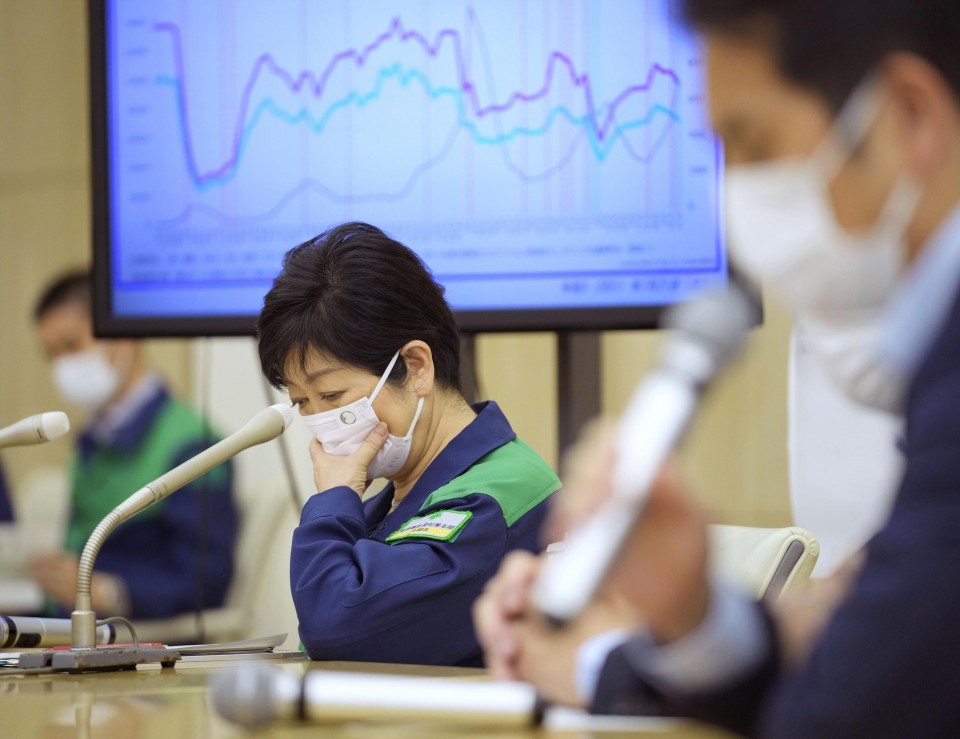 The experts advising the Tokyo metropolitan government said the seven-day moving average of new infections could reach a record level on Aug. 3 if the virus continues to spread at the current pace.

"In less than two weeks, the situation in Tokyo will be critical far beyond the third wave," the experts said in the estimate, updated from last week when they said the moving average could increase to around 2,400 on Aug. 11.

The capital marked the current record of 2,520 daily infections on Jan. 7.

The Olympics formally start on Friday and close on Aug. 8, with Tokyo under a fourth state of emergency over the virus through Aug. 22.

The new infections of 1,832 reported Wednesday represents an increase of 683 from a week earlier, with the seven-day rolling average standing at about 1,280, up 55.2 percent.

"The fifth wave (of the virus) is already under way," Toshio Nakagawa, president of the Japan Medical Association, said at a press conference.

The Tokyo Medical Association said the number of COVID-19 patients who have been hospitalized in Tokyo totaled about 2,400 as of Tuesday, almost double the figure seen in late June.

Prime Minister Yoshihide Suga admitted that "the number of infected people continues to increase significantly in the Tokyo metropolitan area" at a meeting of relevant ministers.

But he also said that as vaccinations have progressed, there are no signs of an increase in new infections or severe conditions among the elderly aged 70 and over, who typically face higher risks than younger people.

Suga asked people to stay at home and watch the Olympics on TV to prevent the virus from spreading further. He also requested that they refrain from unnecessary outings.