South Korea reported a record 1,275 daily coronavirus infections on Thursday amid a new wave of COVID-19 cases, eclipsing the previous daily high of 1,240 set back in December.

The country has confirmed over 1,000 cases for the second day in a row, with most of the new cases found in the Seoul metropolitan region. 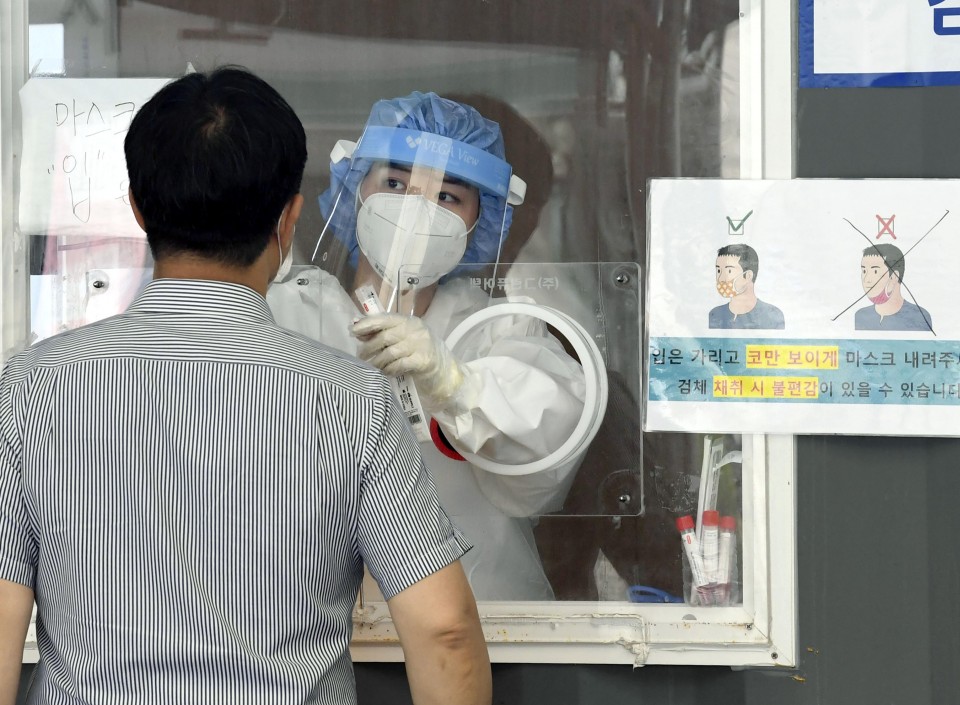 Concern is mounting that the surge may be fueled by the more contagious Delta variant, first identified in India, which is also blamed for growing coronavirus cases in other countries.

Health authorities said there is a high possibility that the daily tally will keep increasing for about a week as monitoring is strengthened and the number of people tested for the virus also increases.

In parliament, Prime Minister Kim Boo Kyu urged the public to stay at home and have the least possible contact with others. "If we fail to overcome the current situation, recovery in our daily life and economy in the second half of the year cannot be guaranteed," he said.

Kim has alluded to the possibility of toughening antivirus measures to the strictest level if the government determines after monitoring the situation over the next several days that the virus is continuing to spread.

If toughened, private gatherings of more than two people will be prohibited after 6 p.m.

President Moon Jae In has ordered military personnel and police officers to assist in contact tracing and other epidemiological efforts.

Infections are fast increasing among those in their 20s and 30s, whose vaccination rate remains low. That has led the government to take the view that the latest surge is being driven by relatively young people, who are often asymptomatic when infected.

Some observers say complacency among the public may have played a role in the current outbreak, given that the government had said restrictions would be eased from July as more people became vaccinated.

In South Korea, those fully inoculated against the coronavirus accounted for 10.8 percent of the population as of Thursday, while 30.1 percent had at least one vaccine shot, according to the government.