Judoka Hifumi and Uta Abe made history Sunday at the Tokyo Games, becoming the first Japanese brother and sister to win gold medals on the same day of Olympic competition.

Two of the highest profile members of Japan's powerhouse judo squad, Hifumi, 23, and younger sister Uta, 21, won the men's 66-kilogram and women's 52-kg crowns, respectively, within an hour of one another. 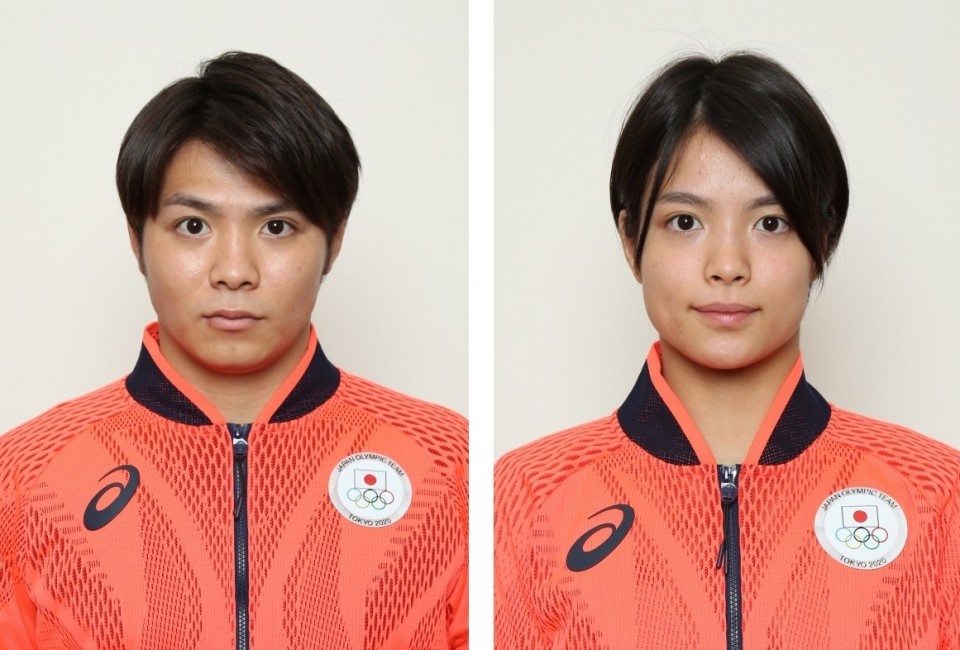 Competing at the historic Nippon Budokan, they reprised their milestone of 2018 in Baku, where they became the first Japanese siblings to win a judo title on the same day at a world championships.

They fell short in their bid for another world championship double in 2019 when Hifumi lost in the semifinals in Tokyo, but the older brother made sure to hold up his end of the bargain at the same venue two years later.

"Today my sister won the gold medal first in the final match, but I didn't feel any pressure because I was determined to win and on fire," Hifumi said after beating Georgia's Vazha Margvelashvili in the championship bout.

As a child, Hifumi was the inspiration for his sister to take up judo at the age of 5, and she won national titles in junior high and high school.

Like Hifumi, she fights quickly and aggressively, hunting for ippon victory with a style "about 70 percent influenced by my brother."

"I couldn't have made it this far without my older brother. It's impossible to know if I would have even started learning judo without him," Uta told the official Tokyo 2020 website before the games. 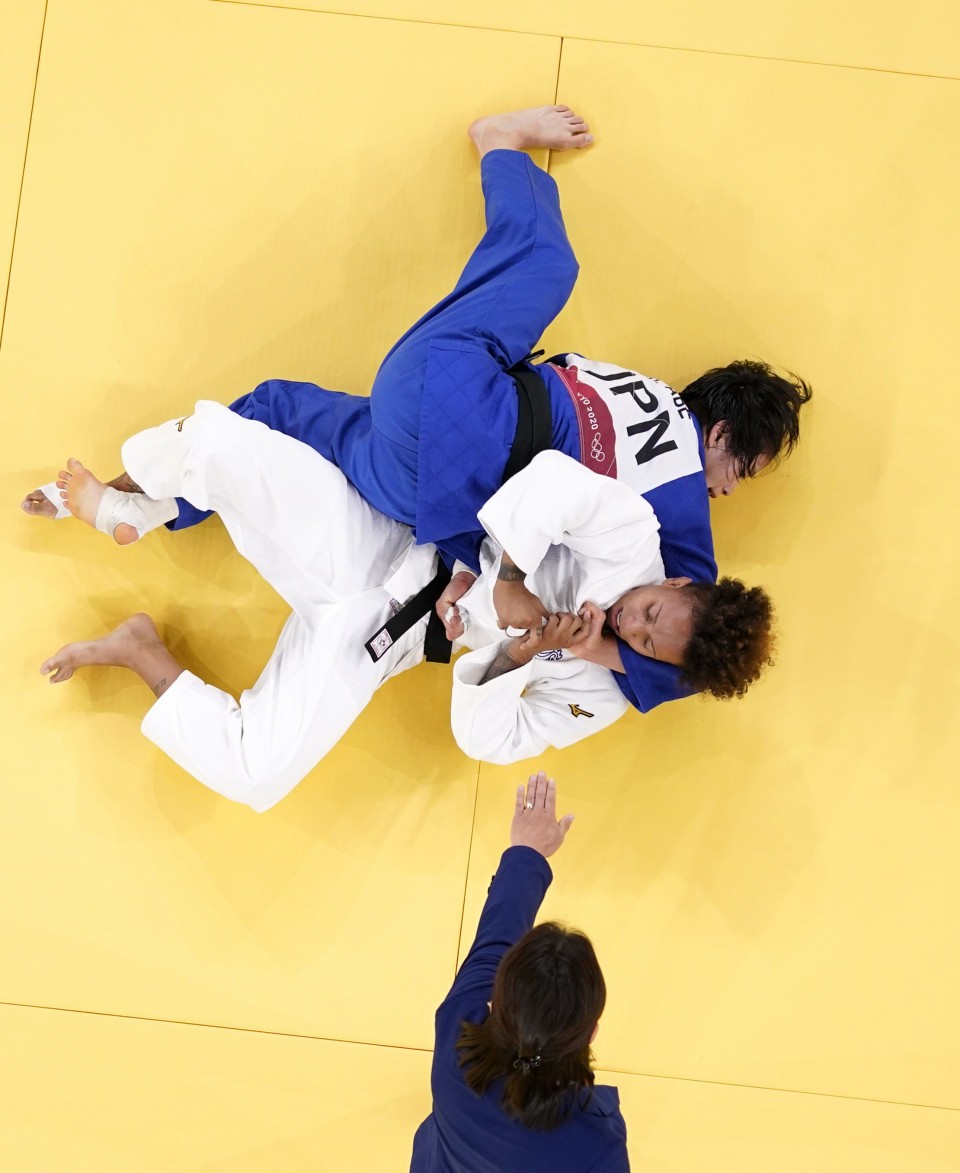 Uta Abe of Japan (blue) defeats the women's judo 52-kilogram final against Amandine Buchard of France at the Tokyo Olympics at Nippon Budokan in Tokyo on July 25, 2021. (Kyodo) ==Kyodo

Fighting in her first Olympics, she defeated France's Amandine Buchard in the final to become the first Japanese winner of her division, as well as its youngest-ever champion.

"I challenged this time with the intention of winning a gold medal in the 52 kg class," Uta said."

The siblings were unable to start planning their Olympic double act until last December, when Hifumi secured the final spot on Japan's 14-member judo team in an epic winner-take-all playoff against reigning world champion Joshiro Maruyama.

The 66-kg rivals had originally been scheduled to face off at the national championships in April 2020, but after the coronavirus pandemic forced the cancellation of the tournament, the All Japan Judo Federation arranged the first single-match Olympic qualifier in Japanese judo history. 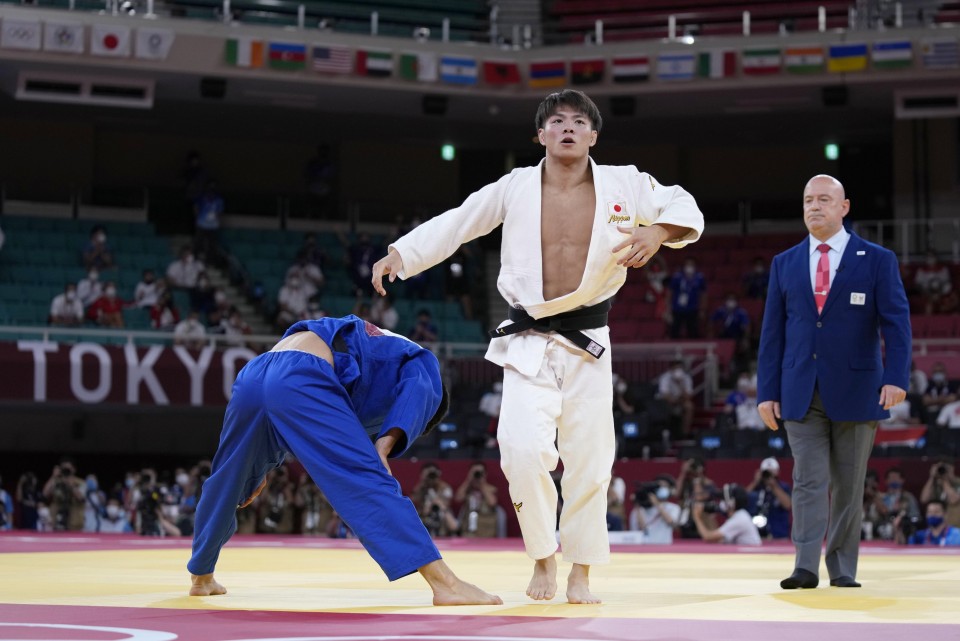 Hifumi Abe of Japan (white) reacts after winning the men's judo 66-kilogram final against Vazha Margvelashvili of Georgia at the Tokyo Olympics at Nippon Budokan in Tokyo on July 25, 2021. (Kyodo)(SELECTION) ==Kyodo 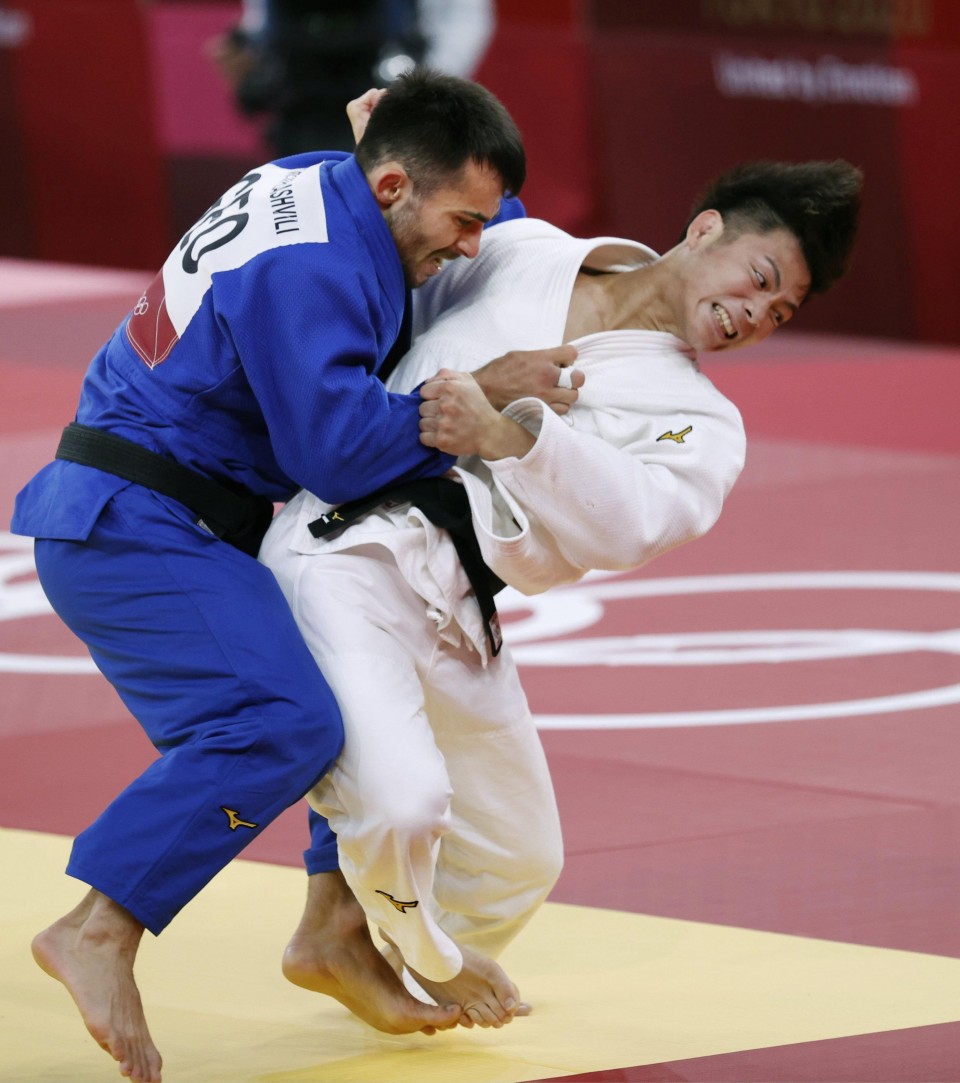 Hifumi Abe (white) of Japan and Vazha Margvelashvili of Georgia compete in the men's judo 66-kilogram final at the Tokyo Olympics at Nippon Budokan in Tokyo on July 25, 2021. Abe won gold. (Kyodo) ==Kyodo

Following four minutes of regulation time, the marathon bout remained deadlocked for another 20 minutes of golden score until Hifumi clinched victory by waza-ari.

"I knew it was going to be a battle of emotions and was determined never to back off," an exhausted Hifumi said after the match. "It was a really long battle but looking back, there isn't a single moment I can forget."

With their victories, the brother and sister helped provide a dream start to the Olympics for Japanese fans, while making a dream come true for Japanese judo's first family.