The Tokyo Olympics and Paralympics organizers on Thursday revealed their streamlined transport system for this summer's games, a meticulous bus and vehicle operation system developed in conjunction with Toyota Motor Corp.

Tablet devices will aid bus operations carrying athletes, while games staff using transport vehicles will preorder their destinations as they make their bookings with smartphones that are then taken up by the car's navigation systems. 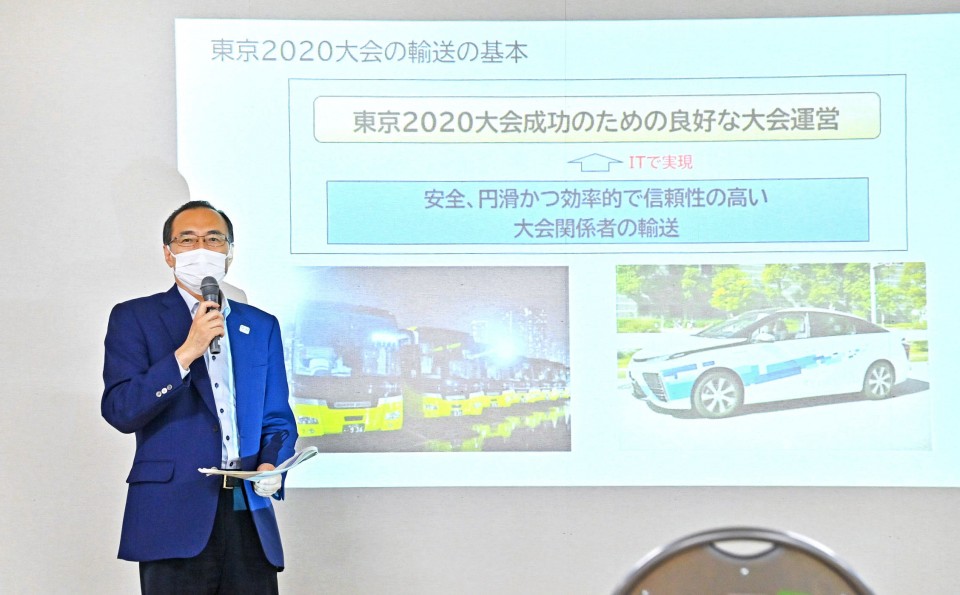 The Tokyo Olympics and Paralympics organizing committee unveils a streamlined transport system for this summer's games on July 1, 2021. (Pool photo)(Kyodo)

Bus drivers will receive tablets which provide detailed instructions, such as when to depart for destinations and where to park in large depots. Drivers can also be informed of their location and traffic delays in real-time through a GPS system.

The pre-registering of destinations by vehicle users is aimed at reducing incidents where vehicles take the wrong route or go to the incorrect destinations, as has been the case with previous games.

The system manager said it will also help prevent the spread of COVID-19 given it "reduces the amount of conversation between drivers and passengers."

During the games, up to around 2,200 buses and 2,700 vehicles could be in operation on any given day.

"Transport at the Olympics and Paralympics has been analog so far. We've turned to technical innovation to handle complex transport," the manager said.

The organizers have carried out 79 driver training sessions so far.