Japanese Deputy Prime Minister Taro Aso has said his country "would have to defend Taiwan" with the United States if the island is invaded by mainland China, triggering a backlash from Beijing on Tuesday.

If Taiwan were to experience a big problem, "it would not be too much to say that it could relate to a survival-threatening situation" for Japan, Aso, who also serves as finance minister, said at a gathering of a ruling Liberal Democratic Party lawmaker in Tokyo on Monday. 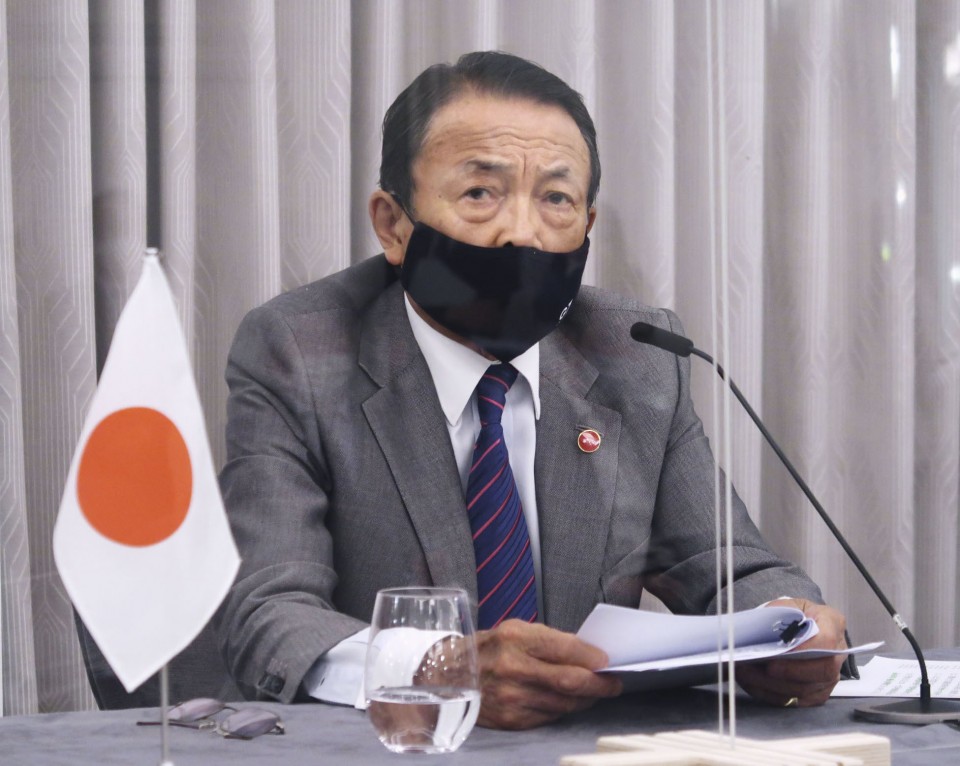 "China is strongly dissatisfied with and firmly opposed to" Aso's comments, Zhao said, adding China has lodged a "solemn protest" with Japan.

Taiwan was under Japanese colonial rule for 50 years through 1945.

"Japanese militarism committed countless crimes of aggression against China," he said. "We never allow any country to intervene in the Taiwan issue in any way. No one should underestimate China's determination and strong ability to defend national sovereignty."

Democratic Taiwan and Communist-led China have been separately governed since they split in 1949 as a result of a civil war. Their relationship has deteriorated since independence-leaning Tsai Ing-wen became Taiwan's president in 2016.

Although Tokyo severed diplomatic ties with Taipei, establishing them with Beijing in 1972, self-ruled Taiwan and Japan have continued to maintain relations due primarily to economic cooperation by the private sector.

Sino-Japanese ties have soured recently as the two Asian nations have been at odds over Beijing's alleged human rights abuses in Xinjiang, its crackdown on Hong Kong and security challenges posed to Taiwan and its vicinity.

During a keynote speech at an event to celebrate the 100th anniversary of the ruling party's founding on Thursday, Chinese President Xi Jinping expressed eagerness to strive to reunify Taiwan with the mainland.

"Solving the Taiwan question and realizing the complete reunification of the motherland are the unswerving historical tasks of the Chinese Communist Party and the common aspiration of all Chinese people," Xi said.