A first-up 48-0 drubbing at the hands of reigning Olympic gold medalists Australia at Tokyo Stadium was compounded by a 17-7 loss to the United States, the latter score flattering the Japanese team. 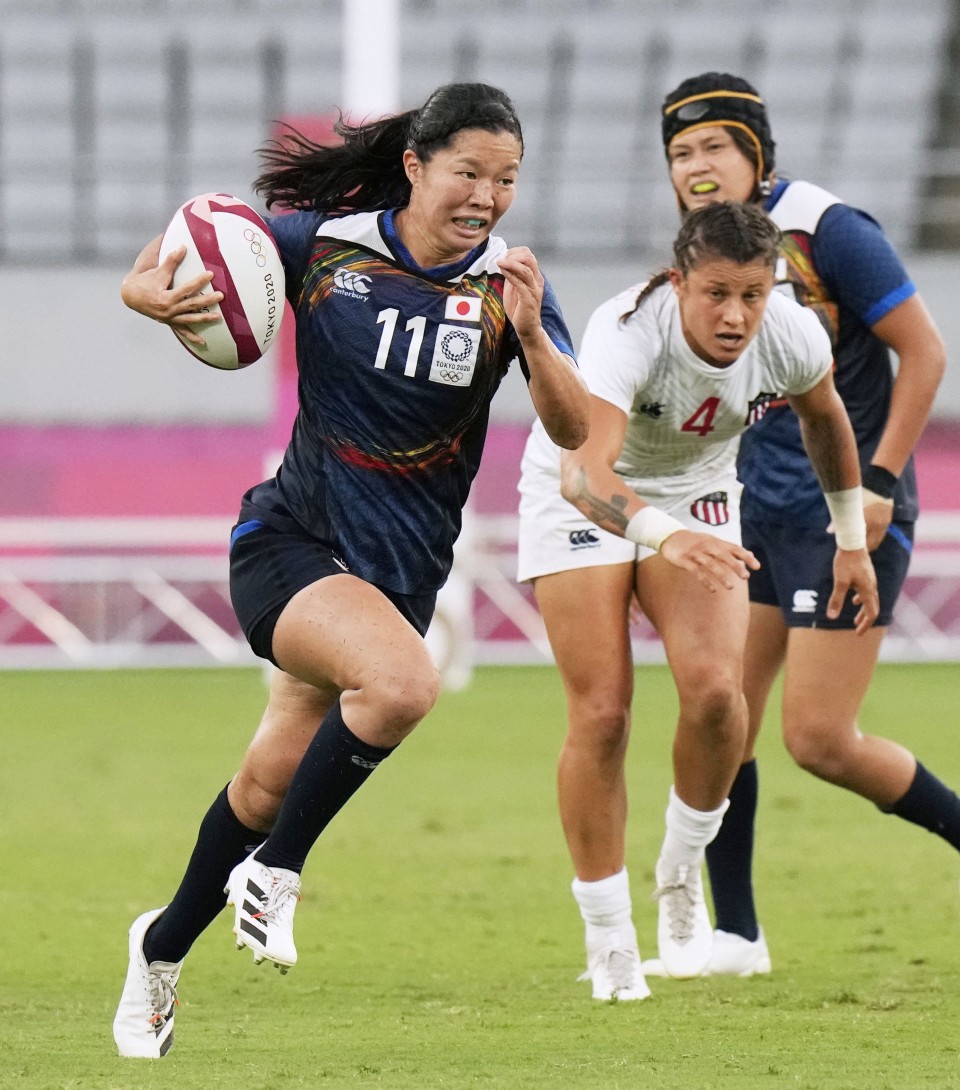 Mifuyu Koide (11) of Japan looks to score a try during the second half of the pool match against the United States in women's rugby sevens at the Tokyo Olympics at Tokyo Stadium in Tokyo on July 29, 2021. (Kyodo)

The Japanese men had an identical start to their tournament, losing two games on the first day. They went on to finish 11th with just one win over the three days of play.

The 48 points scored by Australia were the most by any team on the women's event's first day in Tokyo.

In the later game, Japan had fallen into a three try hole by the second minute of the second half and only got on the board with approximately 40 seconds of the match to go when Mifuyu Koide made a break and scampered for a five-pointer that was converted by Mio Yamanaka.

Japanese women failed to get a group stage win at the 2016 Olympics and ended the inaugural sevens tournament ranked 10th.