Japan will hold a virtual foreign ministerial meeting next week with five Southeast Asian countries along the Mekong River, including Myanmar, where the military seized power in a coup in February, Foreign Minister Toshimitsu Motegi said Friday.

"I will convey Japan's stance on regional matters such as the situations in Myanmar, the South China Sea and North Korea, on top of the coronavirus response," Motegi said in a press conference.

The foreign minister said the Aug. 6 meeting will discuss the dispatch of a special envoy to Myanmar by the Association of Southeast Asian Nations to help defuse the crisis triggered by the Feb. 1 military coup in the country. 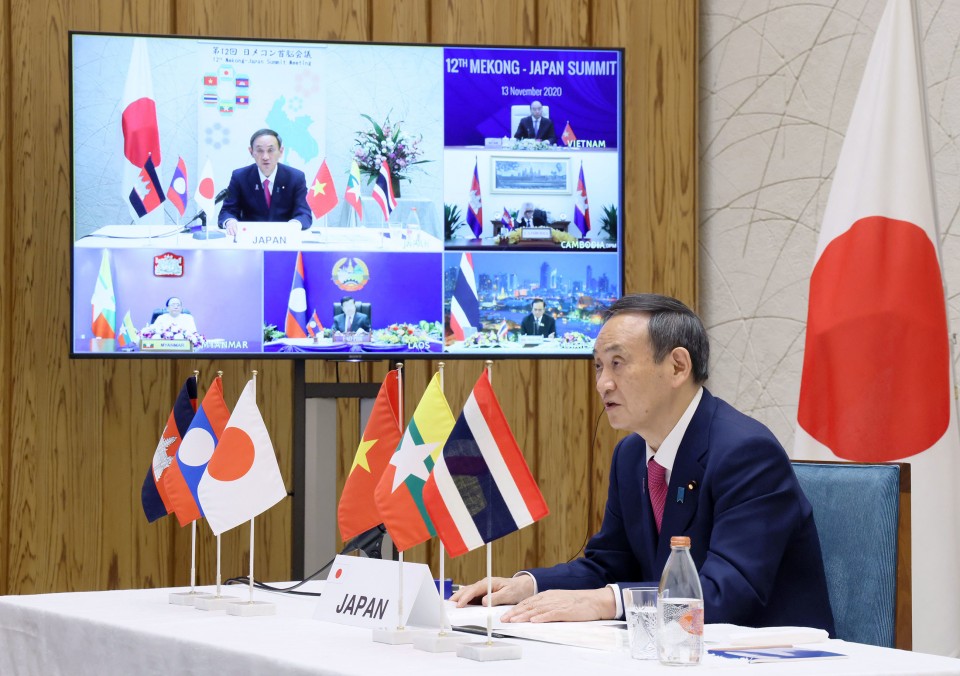 Prior to the Japan-Mekong gathering, Motegi said he will also join online foreign ministerial meetings of Japan and ASEAN, as well as the regional body plus Japan, China and South Korea on Tuesday.

Motegi said he will take part Wednesday in a virtual foreign ministerial meeting of the East Asia Summit, comprising the 10 ASEAN members and eight others including China, Japan, South Korea and the United States.

On Aug. 6, he will also attend an online ministerial gathering of the ASEAN Regional Forum on security, which groups the United States, China, South Korea and North Korea among others.

Calling Southeast Asia the cornerstone in ensuring a free and open Indo-Pacific, Motegi also vowed to deepen cooperation with countries in the region on an initiative promoted by Japan and the United States.

The Japan-Mekong meeting comes after Japan postponed the gathering, initially planned by March this year, fearing that holding it would be seen as recognizing the junta in Myanmar, according to government sources.

But Japan decided to go ahead with the meeting after China hosted a meeting with the 10 ASEAN members including Myanmar in June, and the United States also met virtually with ASEAN foreign ministers on July 14, they said.

The Mekong states are Cambodia, Laos, Myanmar, Thailand and Vietnam. Foreign ministry sources said the Mekong countries are seeking further cooperation with Japan regardless of the developments in Myanmar.

Japan sees the Mekong area, located near the two major regional powers of India and China as well as vital shipping lanes in the South China Sea, as geopolitically important.

Beijing has been increasing its assertiveness with regard to territorial claims in the South China Sea, where neighboring countries have overlapping claims.