Tetsuto Yamada homered and drove in four runs to help move Japan to within two wins of the Tokyo Olympic gold medal game with a 7-4 group stage win over Mexico on Saturday afternoon.

With their victory at Yokohama Stadium, the Japanese improved to 2-0 in Group A and booked a spot in Monday's game against the United States for a place in the semifinals. 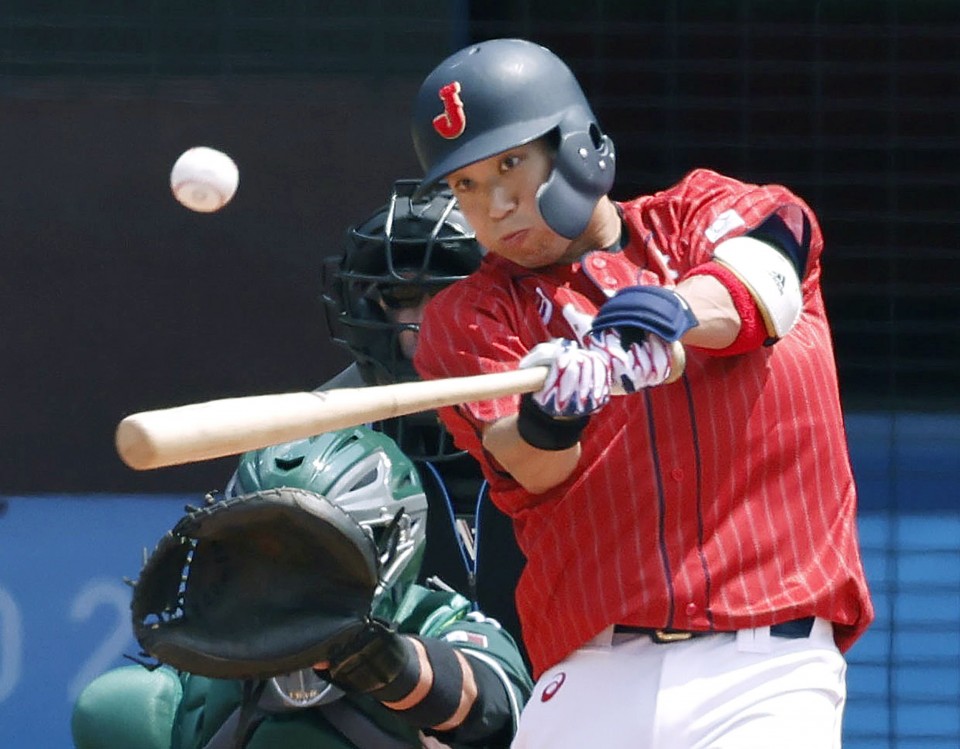 Tetsuto Yamada hits a three-run home run in the fourth inning of Japan's opening-round game against Mexico during the Tokyo Olympics at Yokohama baseball stadium near Tokyo on July 31, 2021. (Kyodo) ==Kyodo

"Our starter Morishita surrendered the first run, but did a good job preventing runs after that," Japan manager Atsunori Inaba said. "Yamada's three-run shot gave us a boost, and Sakamoto hit one, too. Our offense was extremely efficient." 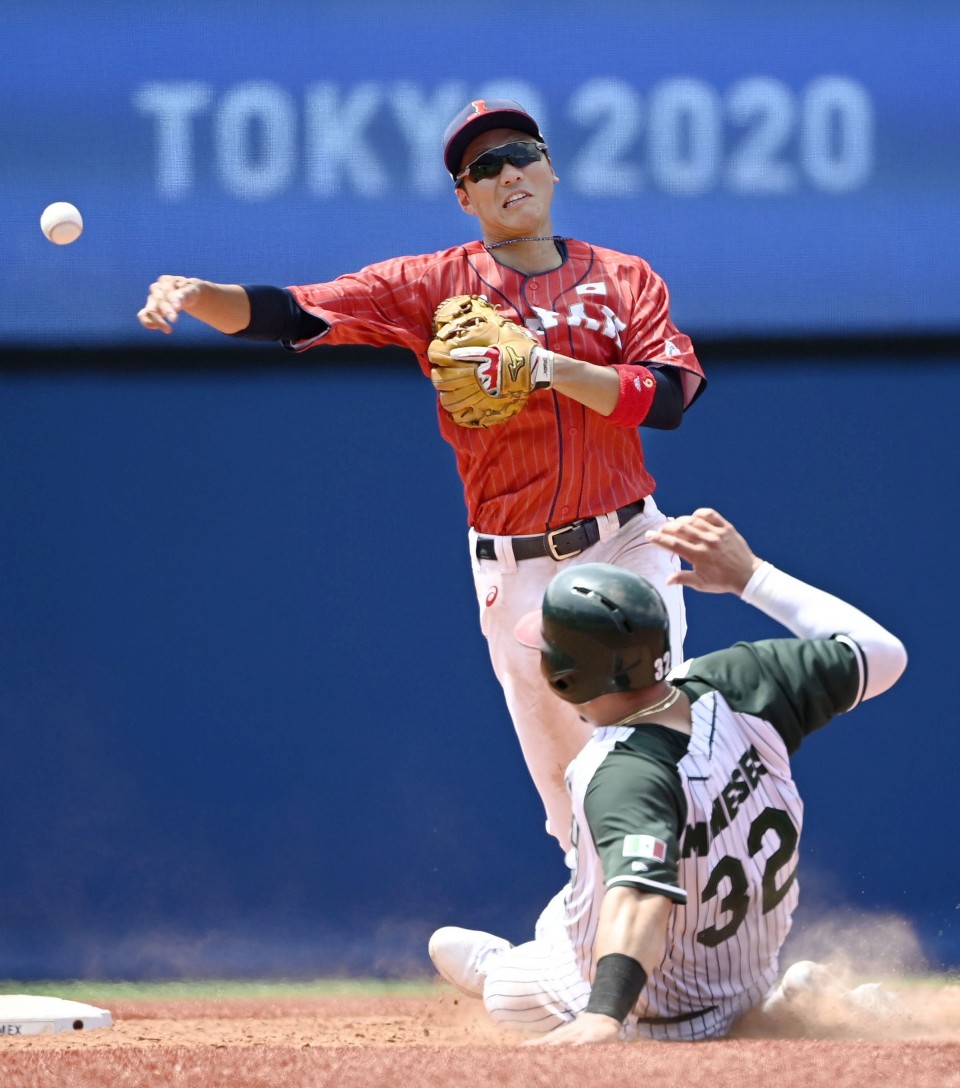 Japanese shortstop Hayato Sakamoto (red) turns a double play in the fourth inning of the country's opening-round game against Mexico during the Tokyo Olympics at Yokohama baseball stadium near Tokyo on July 31, 2021. (Kyodo) ==Kyodo

Japan right-hander Ryoji Kuribayashi, however, dashed those hopes in a 1-2-3 ninth to seal the victory.

Japan tied it on three second-inning singles from Hideto Asamura, Ryosuke Kikuchi and Kai and made it 2-1 in the third, when Sakamoto doubled and scored an unearned run.

One-out singles by Munetaka Murakami and Kai set the table for Yamada's fourth-inning homer off reliever Edgar Arredondo, to make it 5-1.

Meneses' second single put runners on the corners in the home half of the fourth to set up Mexico's second run.

Sakamoto made it 6-2 in the seventh with a solo home run, and Yamada singled in another insurance run in the eighth.

Rookie right-hander Hiromi Ito pitched a 1-2-3 sixth for Japan, but pitched out of two-out two-on pickle in the seventh to preserve the four-run lead.

In Saturday's late game, Nick Martinez of Japan's SoftBank Hawks struck out nine batters over five innings to earn the win as the United States beat South Korea 4-2 to win Group B.

Mexico, which fell to 0-2, finished third in Group A, and will play Group B's last-place finisher, Israel, on Sunday in the six-team tournament's first elimination game.