Seven more people related to the Tokyo Olympics have tested positive for COVID-19, including two athletes from overseas, bringing the total since the start of this month to 155, games organizers said Tuesday.

The two athletes, one of whom is a Dutch tennis player, were both living in the athletes' village, according to the organizers. The others are three games-related officials, one contractor and a member of the organizing committee. 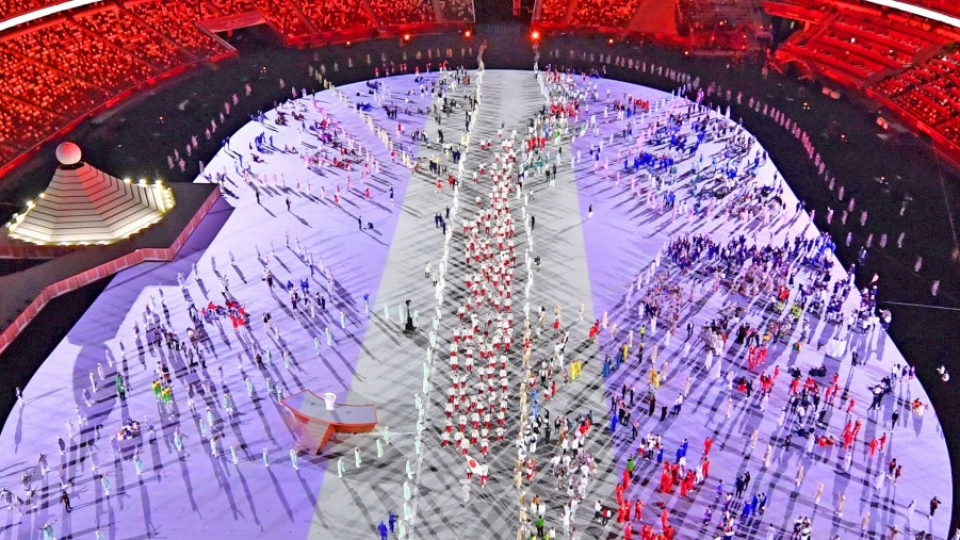 The opening ceremony of the Tokyo Olympics is held at the National Stadium in Tokyo on July 23, 2021, without spectators amid the coronavirus pandemic. (Kyodo) ==Kyodo

Of the seven, five were from overseas, they said, adding 37,579 people from foreign countries had entered Japan for the games as of Sunday.

The number of COVID-19 infections, compiled by the organizers since July 1, excludes those announced by central and local governments.

The officers, all in their 20s, belong to the same squad on loan from the Hyogo prefectural police. The new cases brought total infections among officers in the group to 12.

About 40 others who shared sanitary facilities with them at their accommodations are self-isolating, according to the metropolitan police.