Amazon.com Inc. founder and former CEO Jeff Bezos on Tuesday flew to space aboard a rocket and capsule developed by his private space company, in what became the world's first unpiloted suborbital flight with an all-civilian crew.

The 10-minute trip to the edge of space, using Blue Origin LLC's New Shepard rocket system, came as the race for commercial space travel has been intensifying among billionaires. 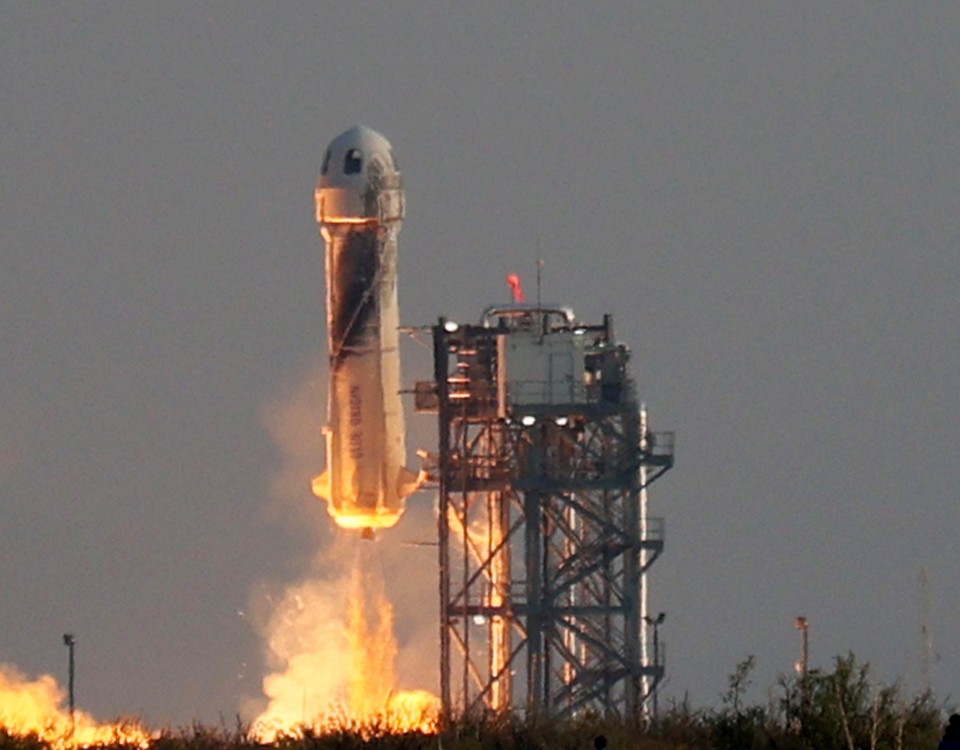 "Best day ever," the 57-year-old e-commerce pioneer said after the space capsule touched down in the desert of West Texas. The New Shepard's first human flight carried a total of four crew members, including the youngest person and oldest person ever to fly in space.

At a press conference later in the day, Bezos excitedly recalled his experience in space, saying his high expectations were "dramatically exceeded" and that the gravity-free environment felt "so serene and peaceful."

The capsule sitting atop the booster lifted off Tuesday morning and took the passengers about 105 kilometers up, beyond the so-called Karman Line, an internationally recognized boundary between the atmosphere and space, according to the company.

The passengers had a few minutes to experience weightlessness and to look out the windows before buckling back in for a descent under three parachutes.

Bezos was joined by his younger brother Mark Bezos as well as Wally Funk, a former astronaut trainee decades ago who has now become the oldest person to reach space at age 82, and Oliver Daemen, who became the youngest person to travel to space at age 18. 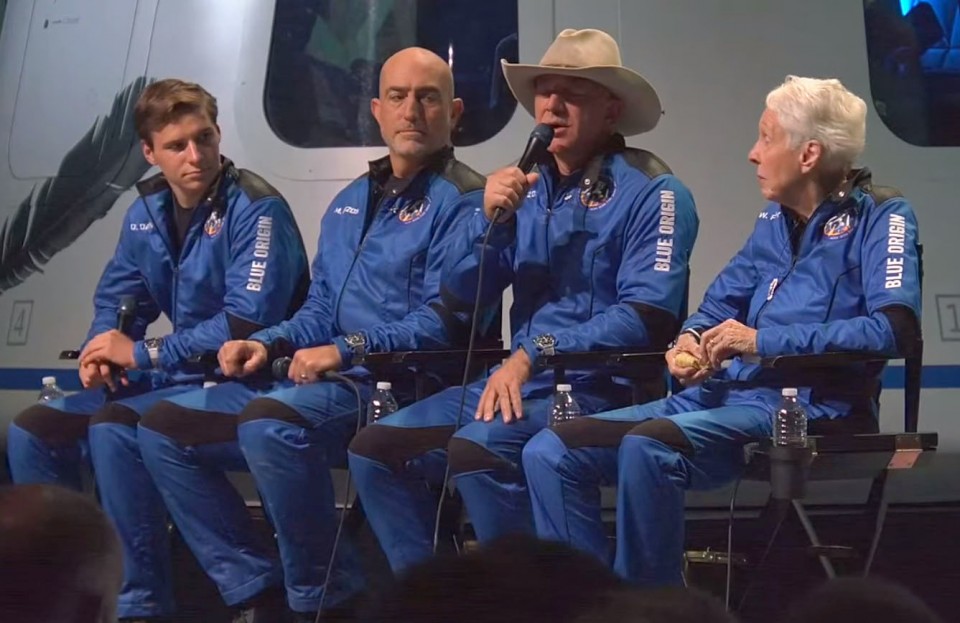 Amazon founder and former CEO Jeff Bezos (2nd from R) and three other crew members speak at a press conference after the successful launch of Blue Origin's New Shepard rocket system in Texas on July 20, 2021 (Screenshot from Blue Origin's website)(Kyodo)

Daemen, who plans to enroll in a Dutch university later this year and is reportedly a son of a private equity firm CEO, was "the first paying customer to fly on board New Shepard, marking the beginning of commercial operations for the program," according to Blue Origin.

The company, founded in 2000 and based in the state of Washington, is planning to fly two more human missions this year.

"What we're doing is the first step of something big," Bezos said. "And I know what that feels like. I did it almost three decades ago with Amazon and big things start small...We're going to build a road to space so that our kids and their kids can build the future."

The Blue Origin mission followed a successful test flight on July 11 of a spaceship developed by space travel company Virgin Galactic Holdings Inc., with its founder British businessman Richard Branson, three other crew members and two pilots on board.