President Joe Biden signed an executive order on Thursday to strengthen a ban on U.S. investments in Chinese defense and surveillance technology firms, amid concerns that the technology could facilitate repression against minorities.

A total of 59 companies were listed as subject to the prohibitions, including Huawei Technologies Co. and video surveillance company Hangzhou Hikvision Digital Technology Co. The ban will take effect on Aug. 2. 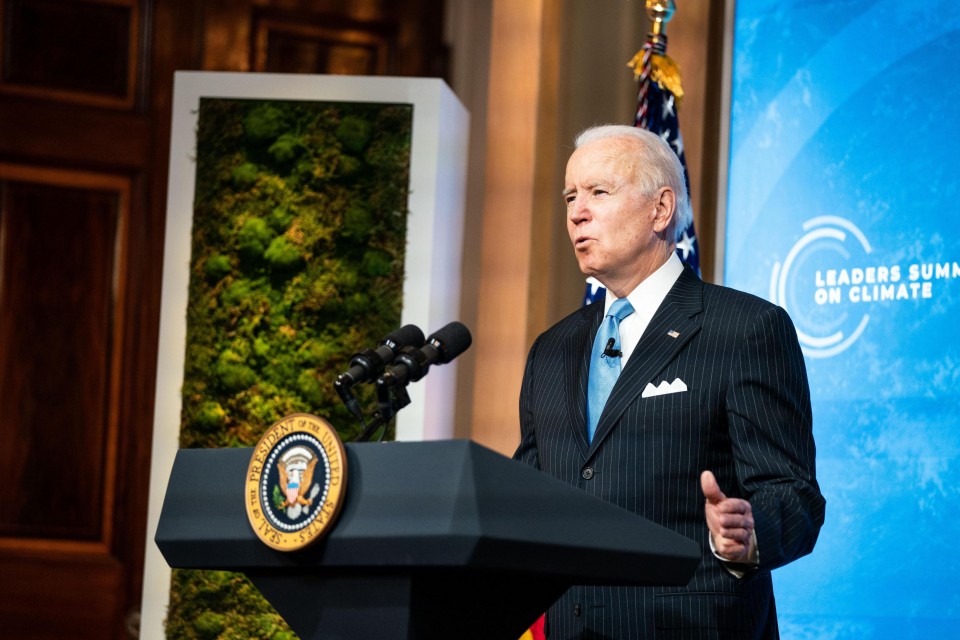 U.S. President Joe Biden delivers remarks during a virtual Leaders Summit on Climate at the White House in Washington on April 23, 2021. (UPI/Kyodo)

The move signals a continuation of the hard-line China policies taken by the previous administration of Donald Trump. Many of the companies in Biden's order were reportedly blacklisted under the Trump administration, which ended in January this year.

The White House said Biden's executive order not only prevents U.S. investment from supporting the Chinese defense sector, but also expands the U.S. government's ability to address the "threat" of Chinese firms that contribute to the surveillance of religious or ethnic minorities or facilitate serious human rights abuses.

The Biden administration has been increasingly concerned over Beijing's human rights abuses against the Muslim Uyghur minority in China's far-western Xinjiang region, who are said to be under heavy surveillance.

In November, Trump issued an order to block investment in Chinese firms that Washington viewed as supporting China's military, saying that Beijing "exploits" U.S. investors to finance the development and modernization of its military.

But the action under the Trump administration faced legal challenges, with Chinese smartphone giant Xiaomi Corp. ending up being removed from the blacklist.