Japan's Tokyo Olympic hopefuls provided a flowing display as the under-24s dismantled Ghana U-24 6-0 in a friendly on Saturday, Europe-based stars Ritsu Doan and Takefusa Kubo both among the scorers.

Just two days after a 3-0 defeat to Japan's senior side, the U-24s welcomed overage players Maya Yoshida, Hiroki Sakai and Wataru Endo to the starting lineup for the first time but the defense was never really tested at Best Denki Stadium in Fukuoka. 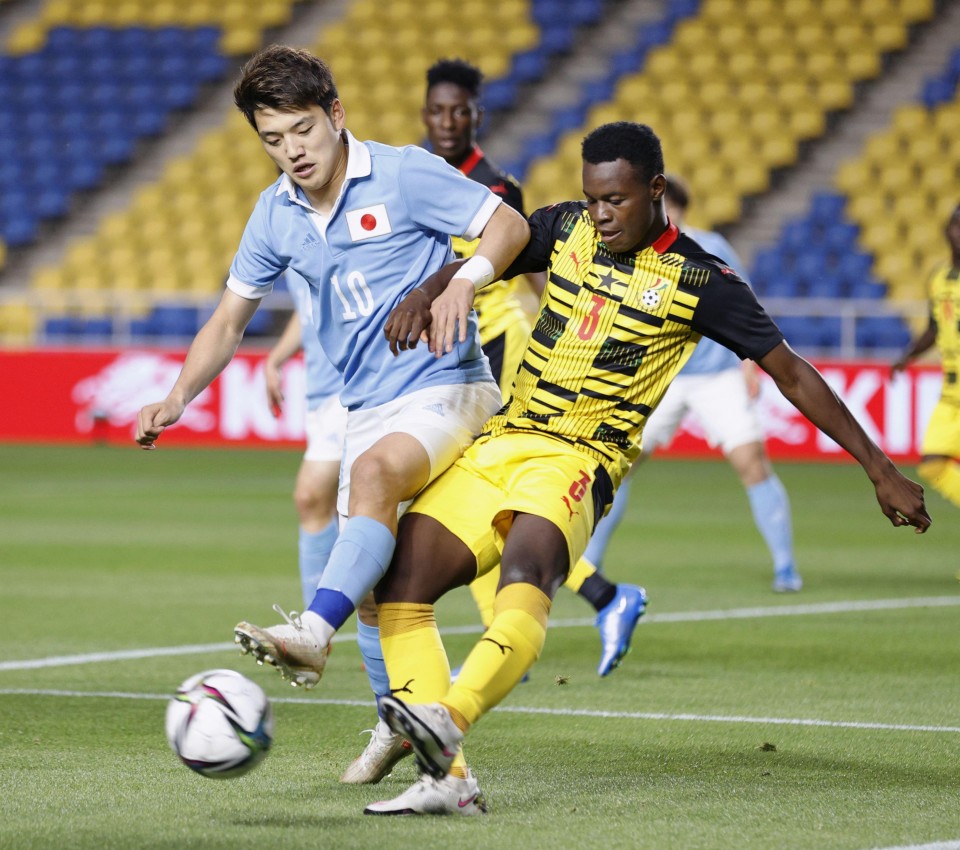 Japan's Ritsu Doan (L) and Ghana's Uzair Alhassan vie for the ball during the first half of an Under-24 football friendly match at Best Denki Stadium in Fukuoka, southwestern Japan, on June 5, 2021. (Kyodo) ==Kyodo

Seen as a preparation for the Olympics' first game against South Africa, coach Akinobu Yokouchi sent out his side to press high and pin the African visitors back, and the score line was no more than what the home side deserved.

"We had a short turnaround but they were open about the issues we needed to address and did well for the whole 90 minutes," said Yokouchi, in charge of the Olympic team in place of Hajime Moriyasu who is currently with the senior side.

Japan got the opener in the 16th minute, Kubo's low drive blocked by Ghana keeper William Essu only for Doan to volley in the rebound.

Kubo, who celebrated his 20th birthday the day before, hit the bar before scoring with a goal of his own, forward Ayase Ueda muscling off a defender in the opposing box before the playmaker struck past the Ghana keeper. 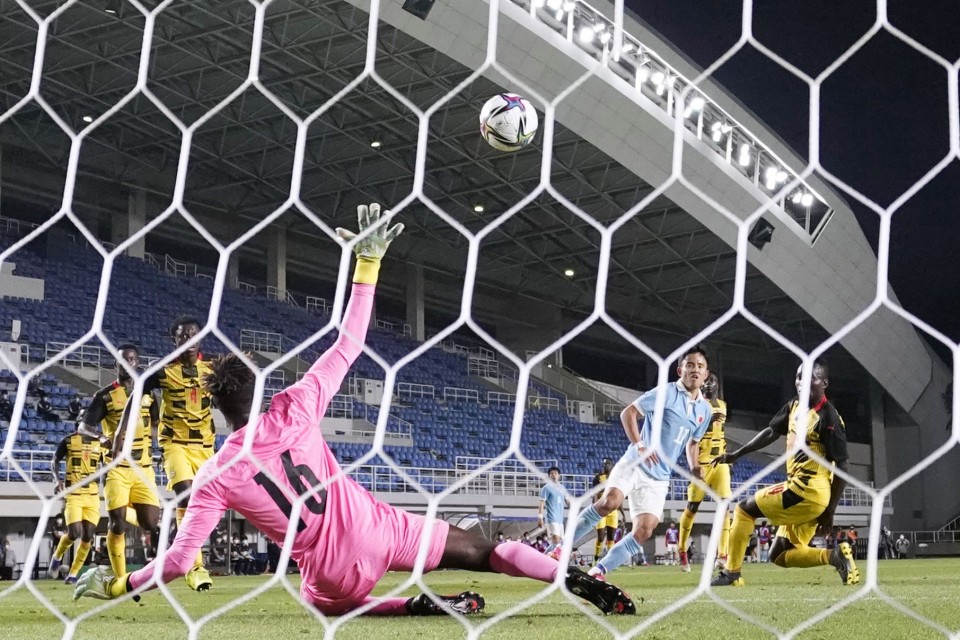 Takefusa Kubo (2nd from R) scores Japan's second goal during the first half of an Under-24 football friendly match against Ghana at Best Denki Stadium in Fukuoka, southwestern Japan, on June 5, 2021. (Kyodo) ==Kyodo

Japan continued to string passes together in the opposing half and got their third on the stroke of halftime when right-back Sakai, who found plenty of joy down the right flank, provided an inviting cross, blocked by a Ghana defender into his own goal.

Yuki Soma netted three minutes after the break by calmly placing his effort after a through ball from Doan, making sure all three attacking midfielders get their name on the scoresheet.

Ueda joined the scorers list in the 56th minute, the lone forward heading home a cross from left-back Yuta Nakayama, before substitute Kaoru Mitoma -- one of the J-League's outstanding players -- capped off another slick passing move in the 89th minute with a calm finish. 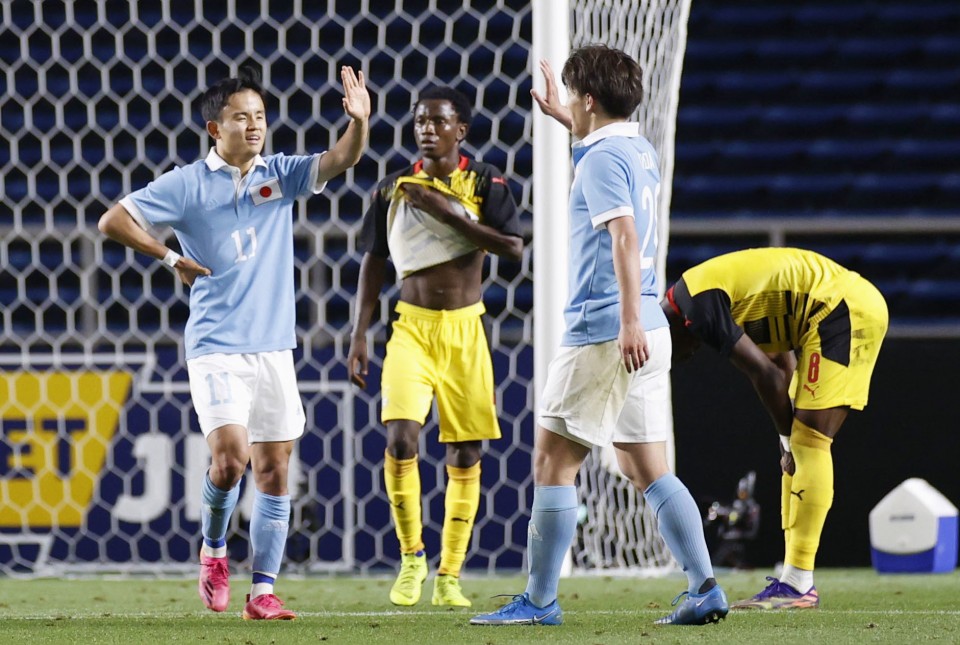 Takefusa Kubo (L) is congratulated by Ayase Ueda (2nd from R) after scoring Japan's second goal during the first half of an Under-24 football friendly match against Ghana at Best Denki Stadium in Fukuoka, southwestern Japan, on June 5, 2021. (Kyodo) ==Kyodo

"We were trying to get a grip on where the four attackers were," said Doan. "We all got a goal and that boosts our confidence, there were lots to take from the game."

A Ghana player tested positive for coronavirus upon arrival in Japan on Wednesday and was quarantined, but the other 18 players and staff were tested every day since with all results negative.

Japan U-24s are scheduled to take on Jamaica's senior side on June 12 at Toyota Stadium.

Moriyasu is expected to name his 18-men Olympic squad later this month.