The 11 members of the Trans-Pacific Partnership decided Wednesday to start negotiations for Britain's entry into the regional free trade agreement, a Japanese minister said.

The members made the decision in a virtual meeting of the TPP Commission, the group's top decision-making body chaired by Japan this year, Yasutoshi Nishimura, Japan's minister in charge of TPP negotiations, told reporters. 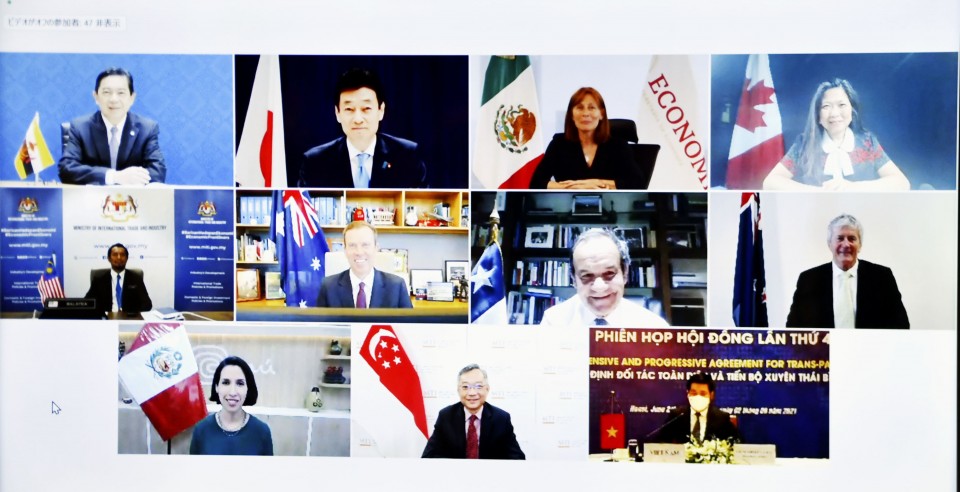 Calling Britain a "global strategic partner" of Japan, Nishimura said the inclusion of the country in the trade pact, if realized, "will further advance bilateral economic ties and bring great strategic significance."

Britain filed a request in February to join what is formally called the Comprehensive and Progressive Agreement for Trans-Pacific Partnership, or CPTPP, in a push to expand the country's trade links with the Asia-Pacific region after leaving the European Union last year.

London was the first accession applicant by a member outside the participating countries. China, South Korea, Taiwan and Thailand have also expressed interest in joining the free-trade bloc.

The TPP members welcomed London's entry negotiations, saying in a joint statement the start of the accession process "provides an opportunity to advance the CPTPP's high-standard rules for the 21st century and further promote free trade, open and competitive markets and economic integration in the Asia-Pacific region and beyond."

The TPP member countries and Britain are expected to set up a working group within several months to discuss tariffs as well as trade and investment rules, but a decision on whether Britain will join the framework could come next year or later.

Nishimura said he will work "to achieve the best possible outcome for Japan" in Britain's TPP entry talks. Japan will head the working group, with Australia and Singapore as deputies, he added.

The trade agreement, which came into force in 2018, covers about 13 percent of global gross domestic product. Among the 11 member nations of Australia, Brunei, Canada, Chile, Japan, Malaysia, Mexico, New Zealand, Peru, Singapore and Vietnam, seven have so far ratified it.

The TPP is designed to cut tariffs on agricultural and industrial products, ease investment restrictions and enhance intellectual property protection, with the aim of improving economic integration among the participating countries. 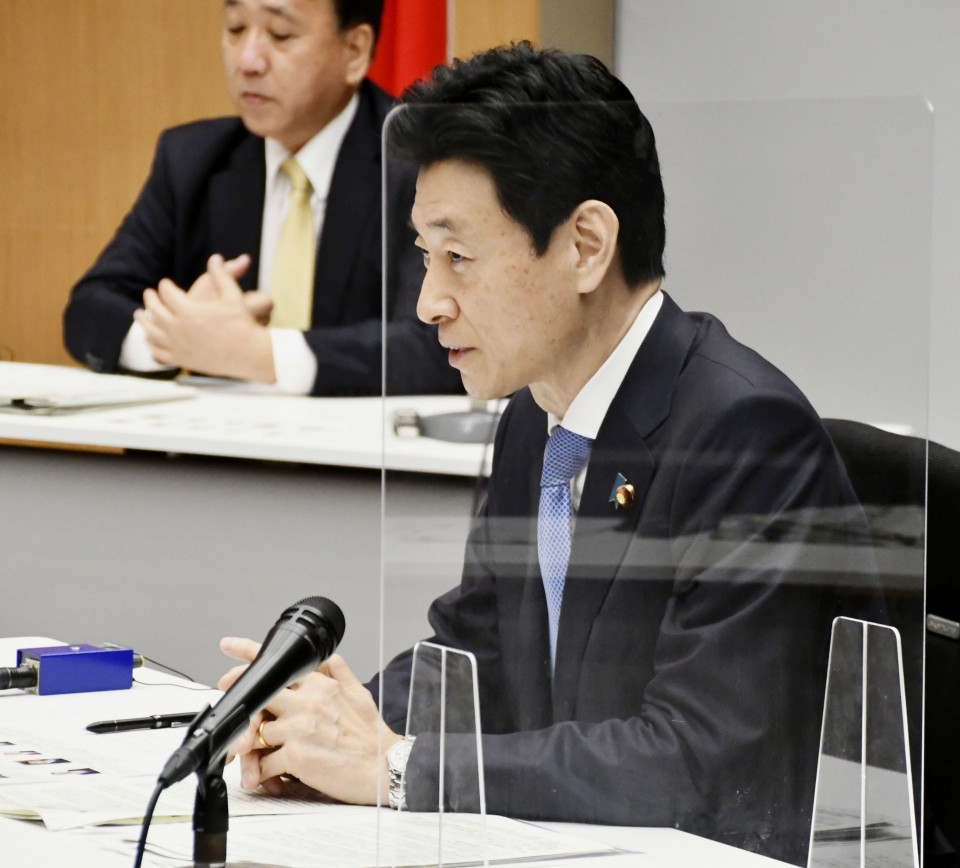 Photo taken in Tokyo on June 2, 2021, shows Japanese economic revitalization minister Yasutoshi Nishimura speaking during an online ministerial meeting of the 11-member Trans-Pacific Partnership countries. The meeting of the TPP decision-making Cmmission, chaired by Nishimura, focused on Britain's request to join the TPP, filed in February this year. (Kyodo) ==Kyodo