U.S.-donated COVID-19 vaccines have arrived in Taiwan and President Tsai Ing-wen has expressed appreciation to the United States, promptly drawing a strong complaint from Communist-led mainland China on Monday.

The administration of President Joe Biden shipped free of charge 2.5 million doses of the vaccines to the self-ruled island developed by U.S. pharmaceutical company Moderna Inc., despite mounting criticism from China, which regards Taiwan as a renegade province.

Taipei has been grappling with a dramatic rise in coronavirus cases since May and has had difficulties in securing COVID-19 vaccines, as it claims Beijing has blocked vaccine provision to the democratic island. 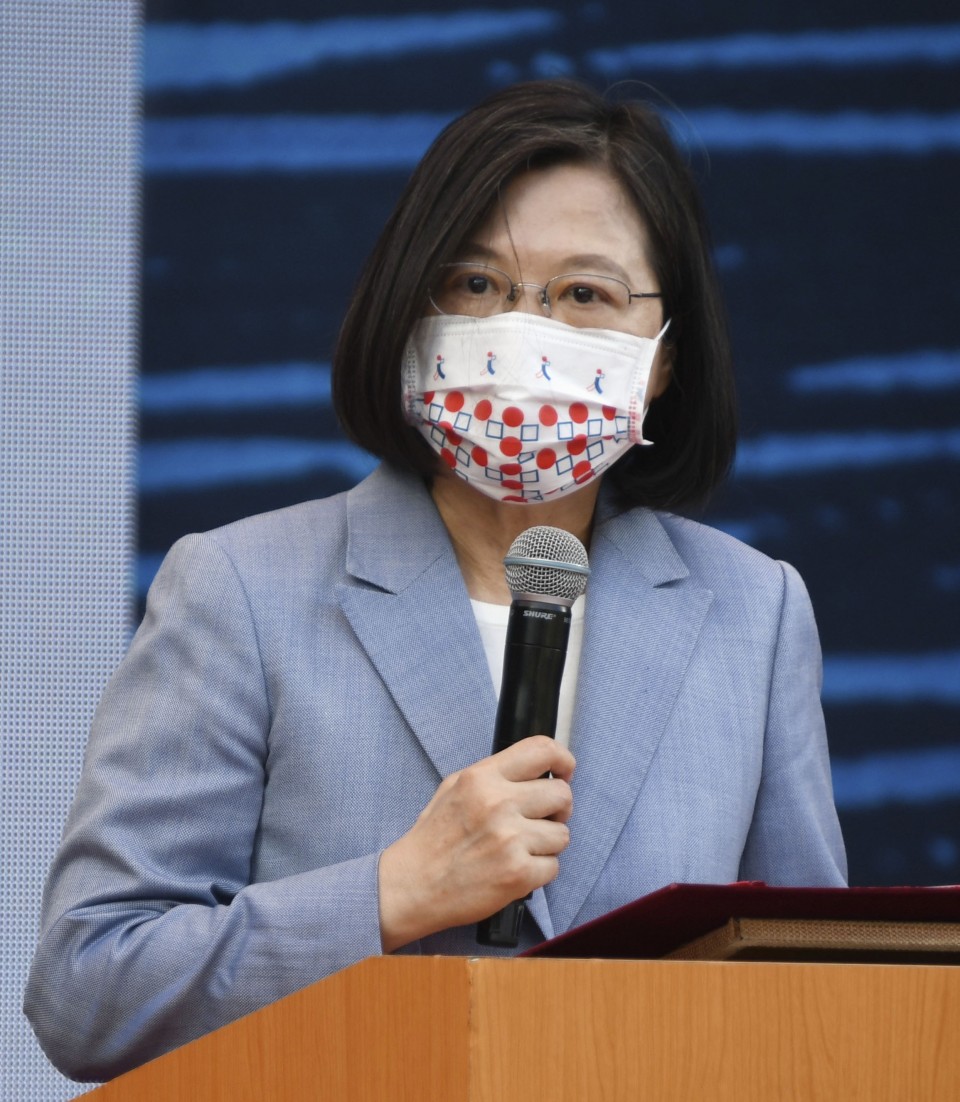 Taiwanese President Tsai Ing-wen speaks in Tainan on May 8, 2021, during a ceremony to remember Japanese architect Yoichi Hatta, who designed the Chianan Canal, Wushantou Reservoir and Wushantou Dam in Greater Tainan in southern Taiwan a century ago. (Kyodo) ==Kyodo

After the vaccines reached Taiwan on Sunday, Tsai said in her Twitter post, "Your donation of 2.5 million vaccine doses will help save lives, & reflects the true friendship between our countries," thanking the United States.

The vaccine allocation to Taiwan can be seen as the latest sign of U.S. support for the island facing pressure from mainland China. Earlier this month, Japan, a close U.S. security ally, also donated vaccines developed by AstraZeneca Plc of Britain to Taiwan.

On Monday, Chinese Foreign Ministry Spokesman Zhao Lijian urged the United States not to seek "political manipulation in the name of vaccine assistance" and not to interfere in the Asian nation's internal affairs.

The independence-leaning Democratic Progressive Party, led by Tsai, has "prevented the mainland from importing vaccines to Taiwan in every possible way," violating the "basic humanitarian spirit," Zhao told reporters in Beijing.

So far, around 6.4 percent of Taiwan's population, nearly 1.48 million people, have been given at least one dose, according to its health authorities.

Taiwan and China have been separately governed since they split in 1949 as a result of a civil war. The leadership of Chinese President Xi Jinping is believed to be aiming to reunify the island with the mainland by force if necessary.

The United States switched its diplomatic recognition from Taiwan to China in 1979. Washington, however, remains committed to unofficial relations with Taipei.

While the mainland has endeavored to undermine Taiwan's quest for international recognition, the United States has recently forged closer ties with the island, becoming a factor that has escalated tensions between Beijing and Washington.