Japan's opposition parties agreed Monday to submit a no-confidence motion against the Cabinet of Prime Minister Yoshihide Suga on Tuesday as the ruling coalition has rejected their calls for extending the current regular parliamentary session.

The Liberal Democratic Party and its junior coalition ally Komeito, currently holding about two-thirds of seats in the House of Representatives, are expected to vote down the motion in the lower house plenary session on the same day. 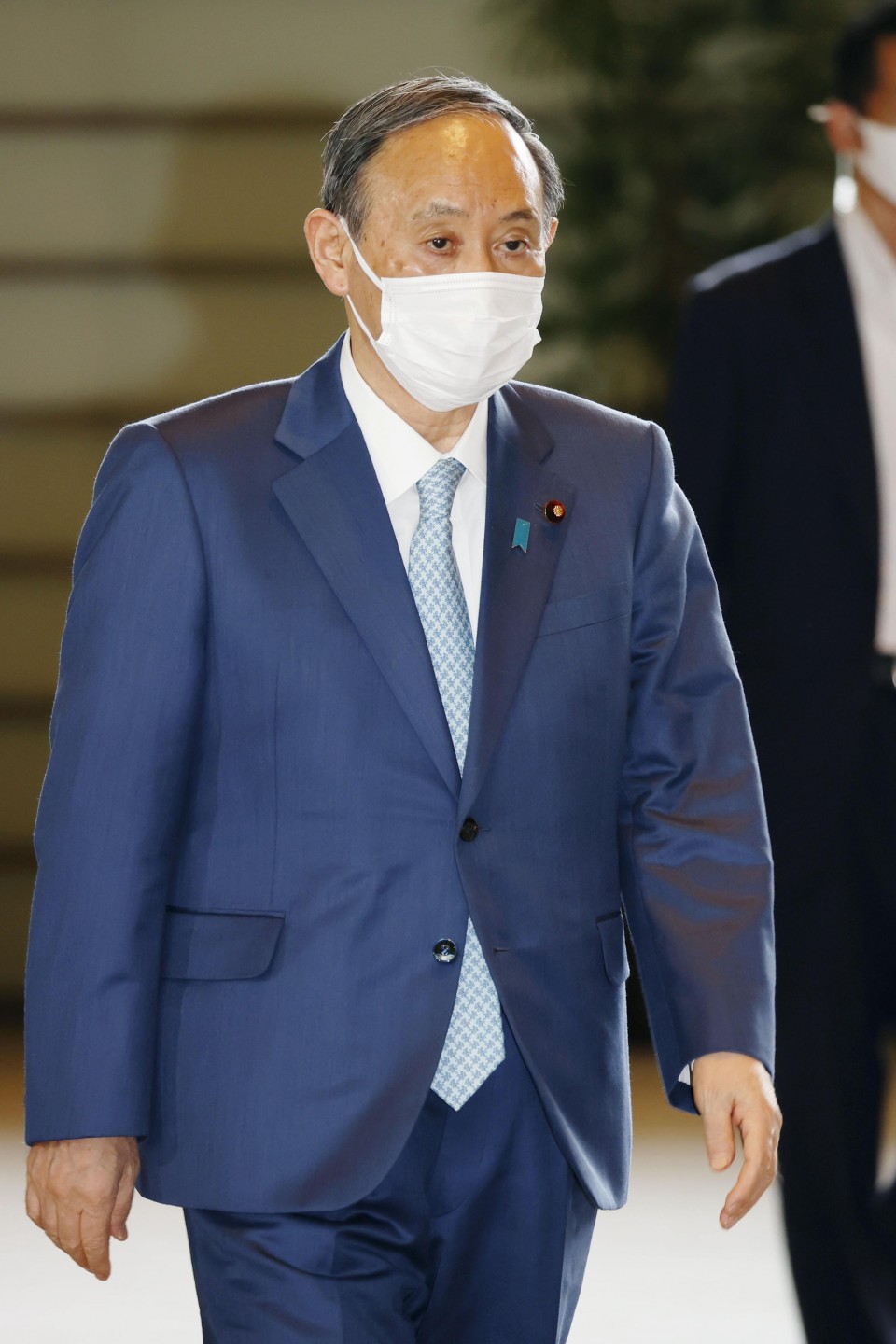 Prime Minister Yoshihide Suga arrives at his office in Tokyo on June 14, 2021, after returning from a trip to Cornwall, England, where the premier attended a Group of Seven summit. (Kyodo)

The plan to submit the motion Tuesday morning was announced by Yukio Edano, leader of the main opposition Constitutional Democratic Party of Japan, after meeting with his counterparts from smaller opposition parties.

"Suga's Cabinet has no sense of responsibility or crisis in protecting the lives and livelihoods of people from coronavirus infections, deemed the greatest crisis of the postwar era," Edano told a press conference after the meeting.

The CDPJ and the smaller parties have called for extending the Diet session for three months beyond its last day on Wednesday to deal with the coronavirus pandemic, but the LDP and Komeito have deemed it unnecessary.

The last time the Cabinet faced a no-confidence motion was in June 2019. The motion then was voted down in the lower house.

LDP Secretary General Toshihiro Nikai, regarded as the No. 2 figure after Suga in the ruling party, told reporters he will advise dissolving the House of Representatives for a general election to Suga if the motion is submitted.

Hiroshi Moriyama, the LDP's Diet affairs chief, cited how Suga has received support from the leaders of the Group of Seven industrialized countries for the Tokyo Olympics and Paralympics starting next month, and that the prime minister has been putting the utmost effort into containing the pandemic.

"It does not warrant a no-confidence motion," Moriyama told reporters.

Suga did not rule out dissolving the lower house of parliament at a press conference on Sunday in Britain after attending a three-day G-7 summit while stressing his priority remains to bring COVID-19 under control.

"(The election) could happen any time. But my top priority is dealing with the coronavirus," Suga said. "I want to bring back safety and security to the Japanese people as soon as possible."

The general election must be held before the current four-year term of lower house members ends on Oct. 21.