A man has admitted consuming alcohol before the truck he was driving was involved in an accident that left two elementary school children dead and three others injured near Tokyo, investigative sources said Tuesday.

Police searched the house and office of Hiroshi Umezawa, 60, who is suspected of negligent driving resulting in injury or death. Alcohol in excess of the legal limit was detected when he took a breathalyzer test following the accident on Monday. 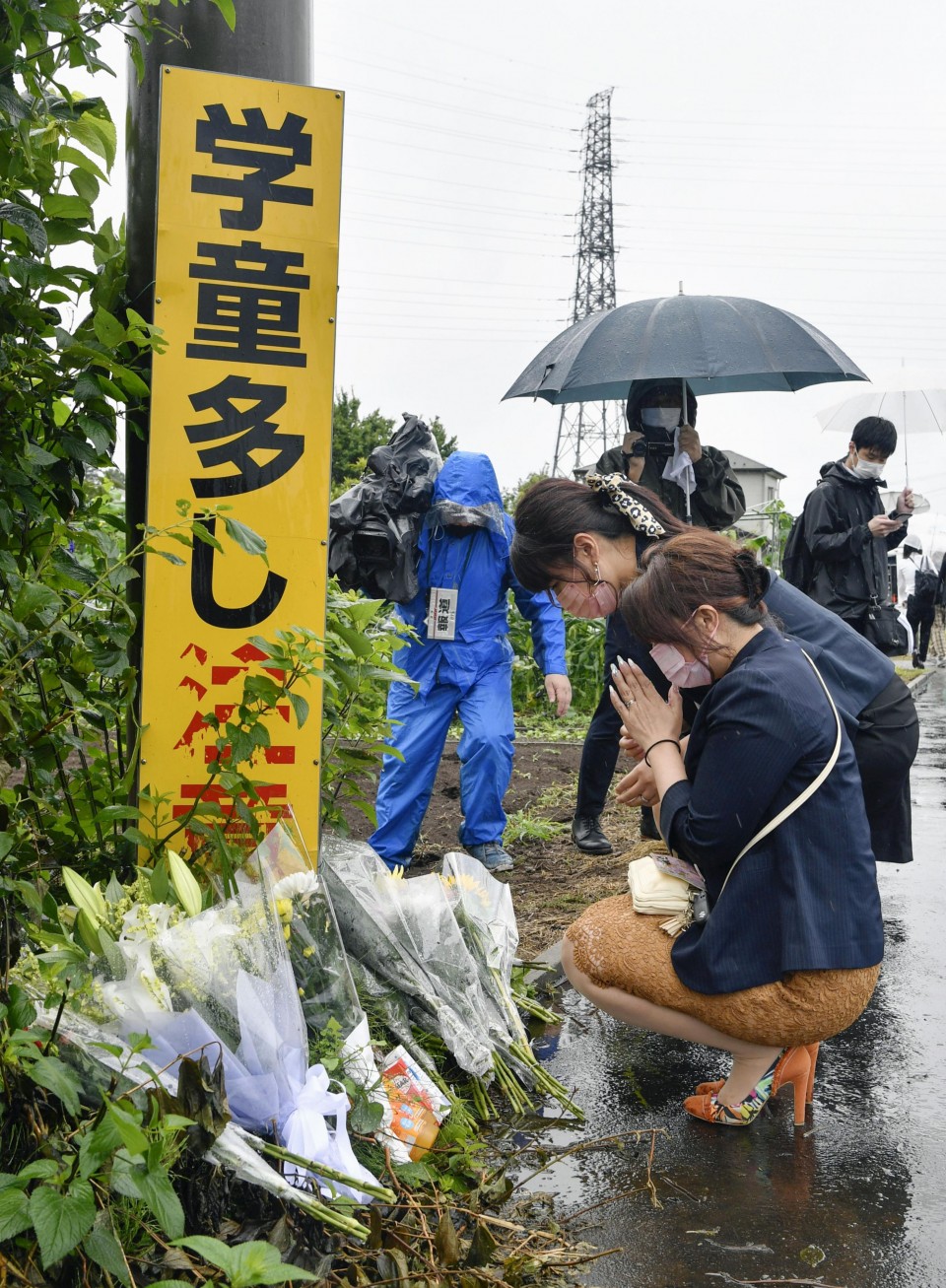 People visit the site of a fatal traffic accident in Yachimata in Chiba Prefecture, eastern Japan, on June 29, 2021, where the previous day a truck driven by a drunk man crashed into elementary school students, killing two and leaving three others seriously injured. (Kyodo) ==Kyodo

Police said it appears he did not apply his brakes at the scene of the accident in Yachimata, Chiba Prefecture, and they are thinking of charging him with dangerous driving causing death or injury.

According to the transport company in Yachimata that he works for, Umezawa was returning to the company at the time of the accident, after delivering cargo to Tokyo.

Police are also checking whether the company, an affiliate of Nanbu Corp., a reinforcing steel bar processing company in Tokyo, had any problems with the running of their operations.

Around 10 investigators arrived at the company in Yachimata Tuesday morning carrying cardboard boxes for the on-site investigation.

"I am just terribly sorry," said Umezawa's mother, who is in her 80s. "I've hardly ever seen him drink."

"He did a really bad thing," said the mother, who lives in a different house on the same premise as her son's house. "I am astonished that he did such a thing."

Umezawa's truck hit a line of pupils as they were walking home from Choyo Elementary School at around 3:30 p.m. Monday, killing two boys and seriously injuring three other children, with one of them left unconscious, according to police.

Police quoted Umezawa as saying he crashed into the group of children after hitting a utility pole when he suddenly swerved to the left.

Early Tuesday morning, bouquets of flowers were laid near the utility pole and people were seen praying.

"I cannot believe that small children were involved. I feel so sorry for the parents," said Shota Kojima, 24, from Yachimata.

"I feel regret that the future of the children have been taken away and as a mother with a child, my heart aches when I think about the parents' sufferings," said a female company employee in her 20s.

Choyo Elementary School in Yachimata was closed Tuesday, while the local education board was still unable to give any form of explanation to the parents of school pupils.