A memorial service was held Tuesday to mark the 20th anniversary of a stabbing rampage by an intruder at an elementary school in Osaka Prefecture that left eight children dead, one of the highest-profile murder cases in Japanese history.

With the coronavirus pandemic continuing, relatives, teachers and students attended a scaled-back ceremony at Ikeda Elementary School in western Japan to remember the tragedy and pledge to keep the school safe. 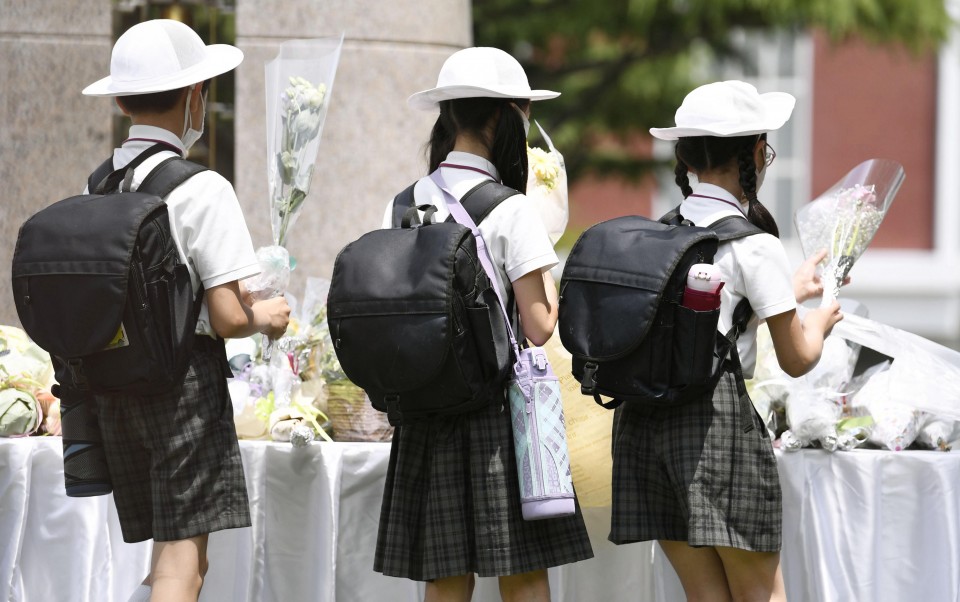 Students attend a memorial service at Ikeda Elementary School in the western Japan city of Ikeda, Osaka Prefecture, on June 8, 2021, the 20th anniversary of a stabbing rampage that killed eight students. (Kyodo) ==Kyodo

The eight -- seven girls in second grade and a boy in first grade -- were fatally stabbed, while 15 others, including two teachers, were injured on June 8, 2001, by perpetrator Mamoru Takuma, who was executed in 2004.

About 130 attendees observed a moment of silence during Tuesday's ceremony and some students offered flowers in front of a monument engraved with the names of the victims. Other students watched a livestream of the event in their classrooms to prevent the spread of the coronavirus.

"This is not a milestone but merely a passing point in our efforts to ensure safety at school," said school principal Takumi Sanada, 53, the only person still working at the school who was present on that day.

Among the relatives of the victims, Norihiro Hongo said in an interview with Kyodo News before the ceremony that his daughter Yuki, 7, had a knife wound that penetrated her body and traces of her blood were left over 39 meters.

"It's impossible to move in such a condition. I feel like I'm going insane when I think of Yuki" who tried to live, the father said. "I couldn't do anything. I can't forgive myself."

The rampage led many schools in Japan to step up security such as by locking gates and installing surveillance cameras. 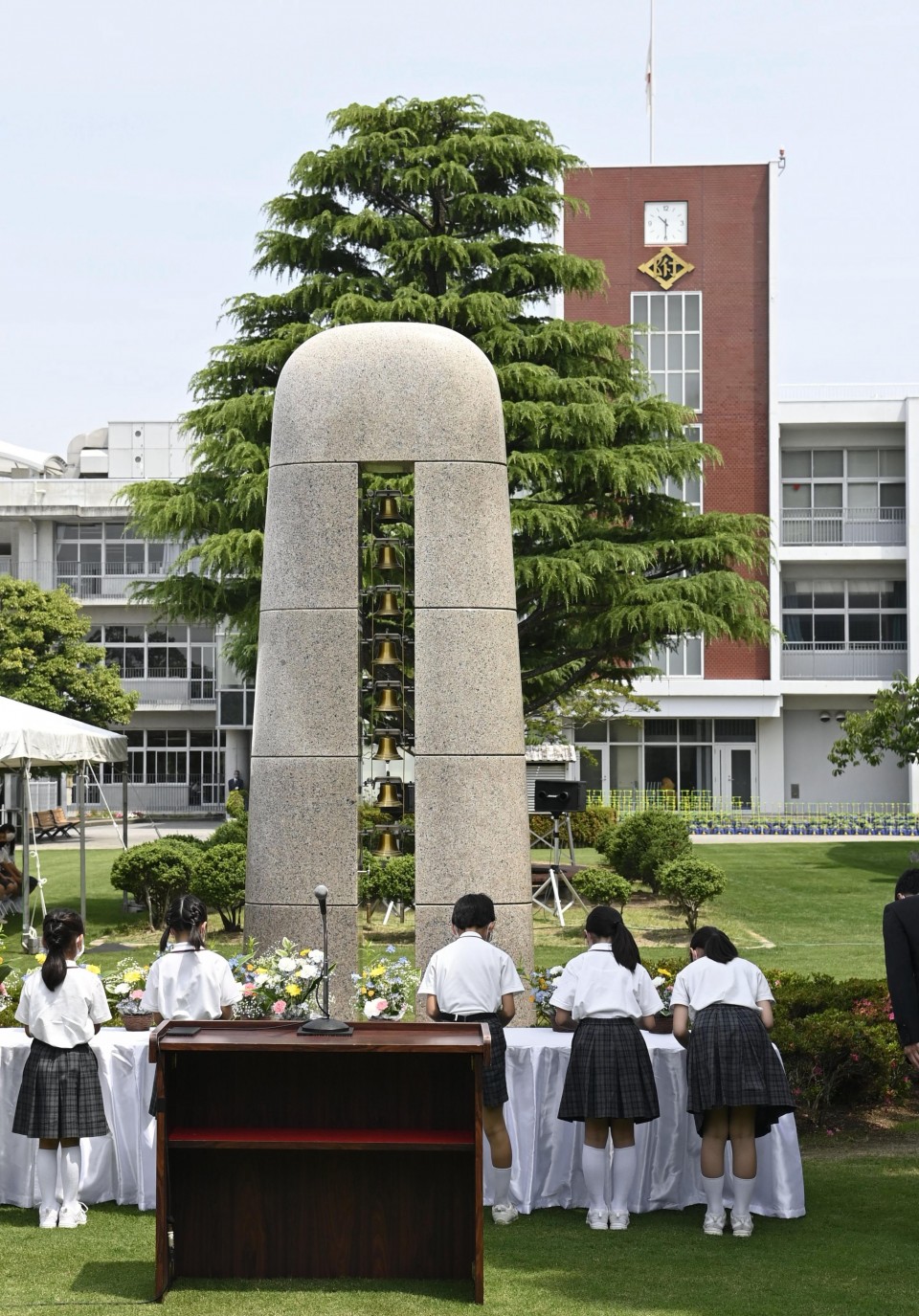 Students attend a memorial service at Ikeda Elementary School in the western Japan city of Ikeda, Osaka Prefecture, on June 8, 2021, the 20th anniversary of a stabbing rampage that killed eight students. (Kyodo) ==Kyodo

Also Tuesday, Tokyo's Akihabara electronics and subculture district marked the 13th anniversary of a stabbing rampage that killed seven and injured 10 others.

People offered flowers near the intersection where Tomohiro Kato, a 38-year-old former temporary worker currently on death row, mowed down pedestrians in a vehicle-free zone with a truck and randomly stabbed passers-by with a dagger on June 8, 2008.

Akiyoshi Kazami, who works near the scene, remembers what he saw after the rampage. "I feel that people's memories of the incident are fading. It should never be repeated."

The death sentence for Kato was finalized at the Supreme Court in 2015. The ruling found that he went on the rampage after being harassed on an online message board.